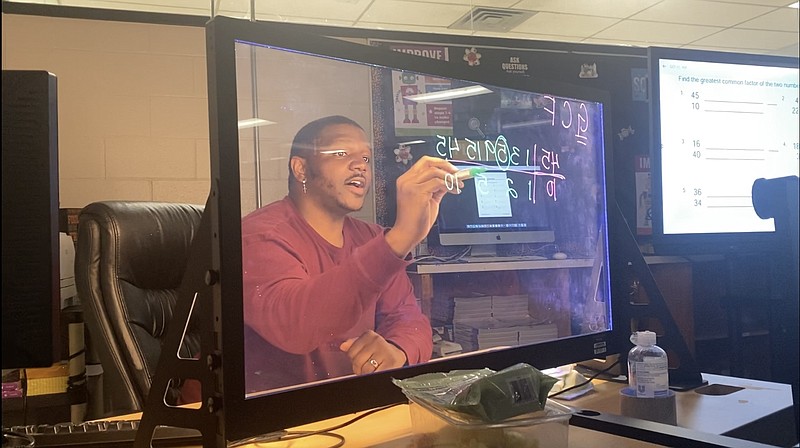 TEXARKANA, Ark. -- The Harmony Leadership Academy recently was granted approval for the purchase of learning technology that could change how students are taught in the classroom and virtually.

Last month, the Texarkana Arkansas School District Board of Trustees approved the purchase of 31 eGlass boards at a cost of almost $50,000 from Howard Technology Solutions, with funding coming from College Hill Harmony Title I funds. HLA was provided with a demo board and is expecting the boards to be delivered before the end of the school year.

The eGlass is an illuminated, transparent board with a camera attached to its front that is placed in front of a teacher at his or her desk. The teacher can write on the board, and the writing is flipped by the camera and shown on a separate screen in the classroom for the students to view.

HLA Principal Brian Mitchell, who came across the eGlass via a Facebook advertisement, said his school received the demo a few months ago and that it has shown the capabilities of everything that was promised and more.

"It not only took what traditionally would be students being able to see a teacher, but it also took that instructional piece and molded it together," he said. "So, instead of a teacher being on a webcam one minute and then having to switch over to show what they're doing on a worksheet or a board, it puts the two together."

He said the goal behind the purchase was to make the learning process more efficient for students in the classroom and in hopes that if his school ever was forced to go virtual again, they would be better prepared.

"The idea of the eGlass started because the pandemic showed us that we weren't really equipped for virtual and distance learning," Mitchell said. "This thing was everything that I was wanting us to be able to do at the beginning of the pandemic."

The eGlass can also record lessons, as it incorporates into Google Meets, Google Classroom and Zoom to be able to show students lessons that they may have missed.

"It brings students who are virtual straight into the classroom. But it also allows, in the classroom, for teachers to continuously be facing forward to their students," Mitchell said.

Fifth-grade teacher Darren Baker, who has used eGlass boards at a previous school district in Oklahoma, said it's a great tool to improve student learning.

"It's a phenomenal tool for you to keep an eye on your class, but also to keep them engaged," Baker said. "You can actually see what they're thinking, and they can see what you're thinking without turning your back to the students."

Fifth-grader Charlee Richardson said the boards make it much easier for her to see everything she needs to see during Baker's lessons.

"I like (the boards). They're really cool," she said. "I have trouble seeing, so I like that I can see it."

Out of the 31 boards expected to be delivered, three of them are 50 inches long and the rest are 32 inches. The 50-inch ones are meant for upper-grade math teachers only, in order to give them more writing surface for expanded math equations.

HLA is the only school within TASD that has ordered these boards, and according to Mitchell, TASD is the only school district in the Texarkana area that currently uses them. Craig Justice, executive vice president at The HoverCam with Pathways Innovations and Technologies Inc., said Texarkana College is in the process of purchasing eight eGlass boards.

Mitchell said he hopes to share the demo with other TASD campuses to gauge their interest in the boards once Harmony Leadership Academy's boards are delivered.

"Having these implemented here now is going to be amazing," Baker said. "Teachers are going to do great things with this, and I'm excited to see how students grow and how data grows with eGlass in the classrooms." 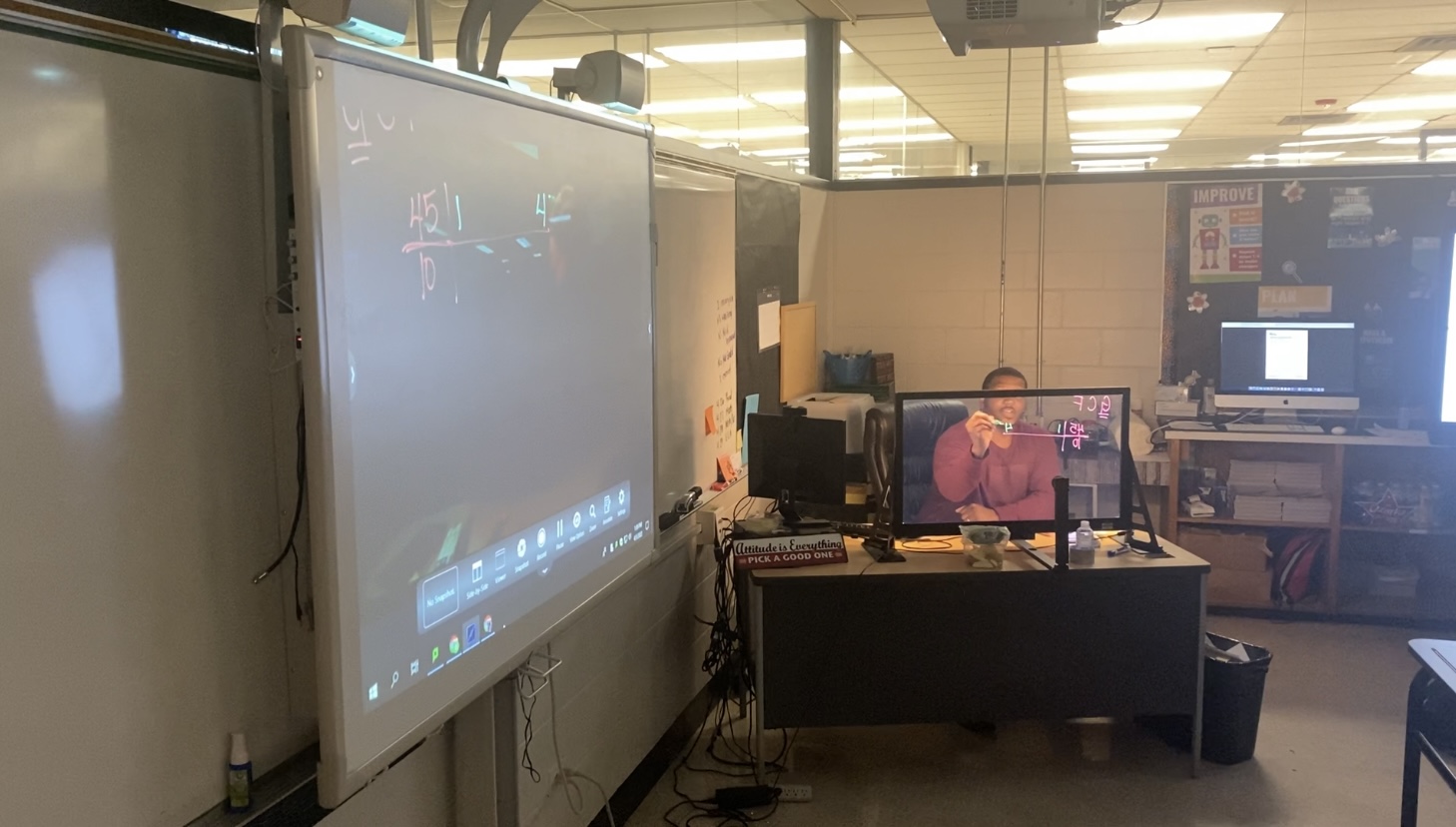 Fifth-grade teacher Darren Baker uses the eGlass board during a lesson Tuesday, April 5, 2022, at Harmony Leadership Academy in Texarkana, Arkansas. “Having these implemented here now is going to be amazing,” Baker said. “Teachers are going to do great things with this, and I’m excited to see how students grow and how data grows with eGlass in the classrooms.” (Staff photo by Andrew Bell)