Should the U.S. lift its entry test rule? Five health experts weigh in. 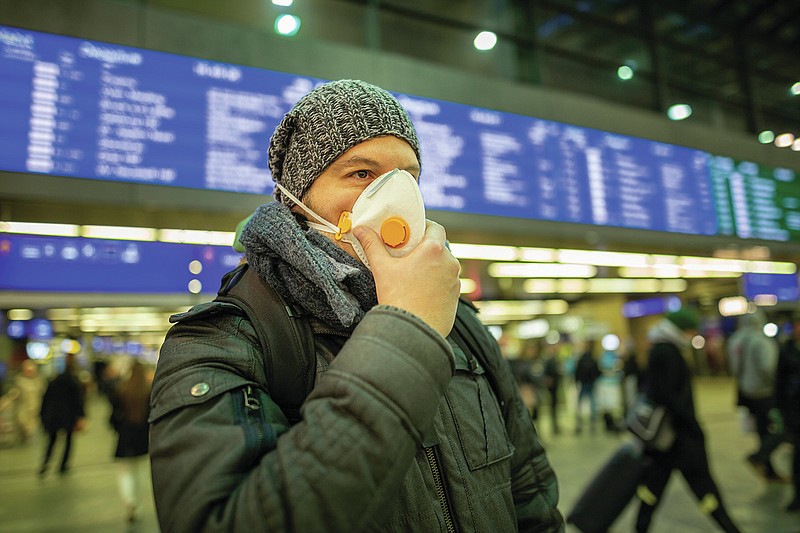 One of the biggest logistical headaches for international travelers -- the requirement to test negative for the coronavirus within a day of flying into the United States -- appears to be sticking around.

"There are no plans to change the international travel requirements at this point," outgoing White House coronavirus coordinator Jeff Zients said at a briefing last week. The White House and Centers for Disease Control and Prevention had no updates when contacted by The Washington Post on Monday.

But travelers and industry groups are eager to shake the rule as other countries drop theirs, or at least find out how long it will be enforced. During a recent Washington Post live chat about travel, more than 20 questions were submitted about the testing requirement. The rule applies to all air travelers entering the United States, including citizens, residents and people who are vaccinated.

Travel and business groups sent a letter to new White House coronavirus czar Ashish Jha on Friday calling on the government, as they have for months, to drop the pre-departure testing rule for international flights into the country.

"Pre-departure testing is no longer an effective measure in protecting the United States from COVID-19," says the letter from the U.S. Travel Association, Airlines for America, American Hotel and Lodging Association, and the U.S. Chamber of Commerce. "While providing little health benefit, this requirement discourages travel by imposing an additional cost and the fear of being stranded overseas."

The groups also asked for the federal mask mandate for transportation to be dropped; authorities have extended it through at least April 18. Meanwhile, data tracked by The Washington Post shows U.S. cases are rising again after dropping sharply following the omicron surge.

Visitors who are not U.S. citizens or immigrants need to be fully vaccinated to enter the country. Air travelers who have tested positive for the coronavirus in the past 90 days don't need to provide a negative test if they have documentation of recovery from the virus.

Here's what five health experts say about whether the testing rule is still needed.

'It's unclear to me when' the test rule could be relaxed

Lin Chen, director of the Mount Auburn Travel Medicine Center and an associate professor at Harvard Medical School, acknowledged in an email that testing requirements complicate travel and can be confusing when they differ from country to country.

But, she said, it's "reassuring" for international travelers to know that other people on the flight have tested negative, reducing the chance of exposure for their fellow passengers.

"Catching those that test positive/deferring their travel might reduce the chance of re-introducing Covid to areas with low incidence (or introducing a new variant)," she wrote.

Chen, immediate past president of the International Society of Travel Medicine, provided a checklist of factors that she believes would indicate it is time to leave the testing rule behind.

"If every traveler can be diligent in self-testing/self-monitoring, and Covid rates consistently decline worldwide, and no new variant emerges to threaten the stability, then it would be great to relax the testing requirement for coming to the US," she wrote. "It's unclear to me when -- CDC may have some parameters."

'Now is the time to continue these measures'

As the CEO of testing company eMed, Patrice Harris believes strongly that testing along with mitigation measures such as vaccinations and masks will allow people to continue to gather and travel. She said she has highlighted the importance of testing since the beginning of the pandemic, when she was president of the American Medical Association.

While hospitalizations in the United States are low, she said, some regions are seeing case numbers increase -- and surges in Europe could signal a future rise here. Philadelphia announced that it was reinstating its indoor mask mandate amid a rise in cases, and some universities in the D.C. area have brought back mask rules.

She expects to reach a point when testing for international travel to the U.S. is not required, but she can't say when that will be.

She said she believes there will be several data points to consider when lifting the rule, potentially including number of cases, hospitalizations, capacity, global vaccination rates and equitable access to treatment.

"We are looking at a brand new virus, and this virus, as I have said on many occasions, gets an A-plus for doing what viruses are supposed to do," she said.

Crystal Watson, a senior scholar at the Johns Hopkins Center for Health Security, said the testing rule "doesn't cover all our bases right now." Even if it's wise to test before getting on a plane, that's not required for domestic flights. Other countries have dropped their testing requirements. And, she said, she doesn't think travel from other parts of the world is a substantially higher risk than travel within the country.

"I think at some point it will make sense to remove it," Watson said.

She said there isn't a clear metric for when to lift something like the testing rule. But given the transmission of the BA.2 omicron variant in many parts of the world, she said, "probably now is not the time to loosen that restriction."

"For me personally, I am still in favor of masking and testing where we can to try to limit our exposure and transmission because we still are in an active pandemic," she said.

'Maybe this is the time to reexamine it'

Infectious-disease specialist Peter Chin-Hong, a professor in the University of California at San Francisco's Health Division of Infectious Diseases, said testing is just one of several strategies to make an environment safe. And he said it is "probably the lowest-hanging fruit" to remove if other elements such as vaccination requirements and mask mandates are kept in place.

Chin-Hong said he is not sure the requirement is having the desired effect, especially as millions of untested people fly within the country, including on long-distance flights to places such as Hawaii or Puerto Rico. And, he said, an industry around fraudulent test results has cropped up.

"Maybe the biggest repercussion of potentially ending this rule into the U.S. is cutting the umbilical cord of a lot of people who have been making money out of making fake tests to come into the country," he said.

Chin-Hong said he thinks the rules should be updated for the times: "Maybe this is the time to reexamine it," he said of the testing requirement.

Out of testing, vaccinations and masking, "I think testing to make the environment safe if you have the other things in place is probably not the most important thing," he said.

'We've got oodles of COVID here'

William Schaffner, professor of preventive medicine and infectious diseases at Vanderbilt University School of Medicine in Nashville, Tenn., said he has not heard a "sound public-health rationale for continuing this testing program."

"We've got oodles of COVID here; it's here already, it's in every community in the United States, what are we trying to prevent?" he said. "I'm open to a rationale, it's just that I haven't heard one. I continue to be a little surprised that it is still in place given everything else that's happening."

Schaffner said international air travelers would feel more comfortable knowing everyone has been tested on a flight coming into the United States. But he questioned whether a test should be required for a plane when it is not mandatory for going to religious services indoors, attending a concert or eating at a restaurant.

"Putting this requirement in place, I think it's a little like saying to someone, 'Don't pour that bucket of water into your swimming pool,' " he said.