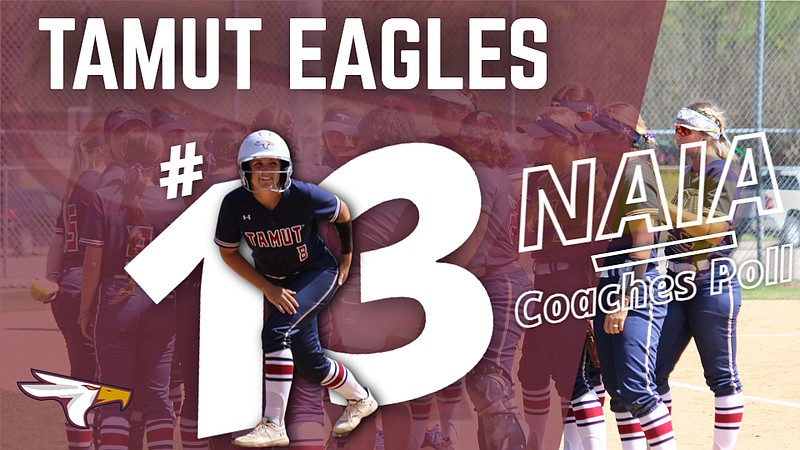 Standout pitcher Anna Westberry earned the win, tossed six innings, gave up no runs and 2 hits, struck out 9 and did not walk a batter.

Erika Richardson and Blair Quarles each added slapped in a double and an RBI for TAMU-T. Macie Reeves had an RBI single for the Eagles.

Mackenzie Vittitow earned the win in Game 2, tossed 5 frames, struck out 1, walked 1 and gave up 5 hits.

Stautzenberger had an RBI single and Richardson followed with an RBI double to put TAMU-T up 2-0 in the first inning. Dyer’s triple brought Richardson home, Reeves walked and Swimley had a 2-run single to make it 5-0. Quarles drove in Swimley on a single.

Alyssa Gillen, Slamer and Stautzenberger hit back-to-back-to-back singles and two runs scored when Richardson hammered a triple for the Eagles to make it 10-0.

Sarah Velasquez singled, moved up to second on a fielder’s choice and scored on an error by Texas College’s second baseman to make it an 11-run affair for TAMU-T.

The Eagles, who are on a 5-game win streak, play at Louisiana College at 2 p.m. in a doubleheader on Tuesday.