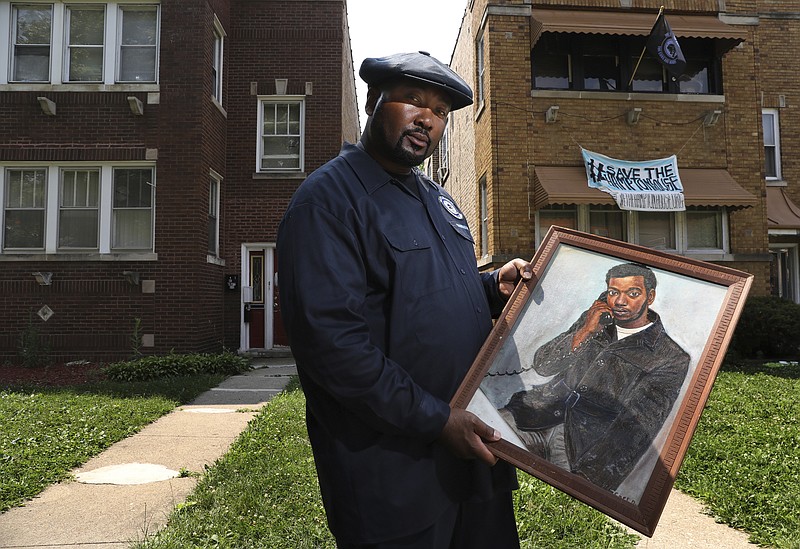 Chairman Fred Hampton Jr. holds a painting of his father Fred Hampton outside his family home in the Maywood suburb of Chicago, Thursday, July 25, 2019. The painting of Fred Hampton shows him as a 20 year-old talking on a phone at his office, one year before he was killed by police. The suburban Chicago home where slain Black Panther Party leader Fred Hampton grew up has been designated a historical landmark by the village of Maywood. (Antonio Perez/Chicago Tribune via AP)

MAYWOOD, Ill. -- The Illinois childhood home of Fred Hampton, an iconic Black Panther Party leader who was shot and killed during a 1969 police raid of his Chicago apartment, has been designated a historical landmark.

In a news release, organizers of the Save The Hampton House initiative, led by Hampton's son and his mother, announced that the Maywood Village Board voted to recognize the house as a historical landmark.

The Tuesday night vote in the Chicago suburb follows a yearlong campaign that was tied to the Academy Award-winning film about Hampton and his death called "Judas and the Black Messiah."

"The fight to save and maintain the Hampton House is bigger than a building and more significant than a structure," said Chairman Fred Hampton Jr. in a statement included in the news release. "Amongst other purposes, it serves as a major aspect of preserving the extraordinary legacy of Chairman Fred Hampton, the Black Panther Party, and that of service to the people in general."

Hampton was sleeping in a residence on the West Side of Chicago in the early morning hours of Dec. 4, 1969, when he and fellow Black Panther leader Mark Clark were shot and killed during what authorities said at the time was the execution of a search warrant to find weapons and explosives.

A federal grand jury determined that nearly 100 shots were fired through the walls, doors and windows while just one shot appeared to have been fired by someone inside the residence.

The county's top prosecutor, an assistant and several officers at the scene were indicted on charges of obstruction of justice and later acquitted.

But after evidence surfaced that the FBI coaxed Chicago Police and other law enforcement agencies in the United States into armed clashes with the Black Panthers, a federal judge approved a $1.85 million settlement to Hampton and Clark's families and survivors of the raid, to be paid by the city of Chicago, Cook County and the federal government. 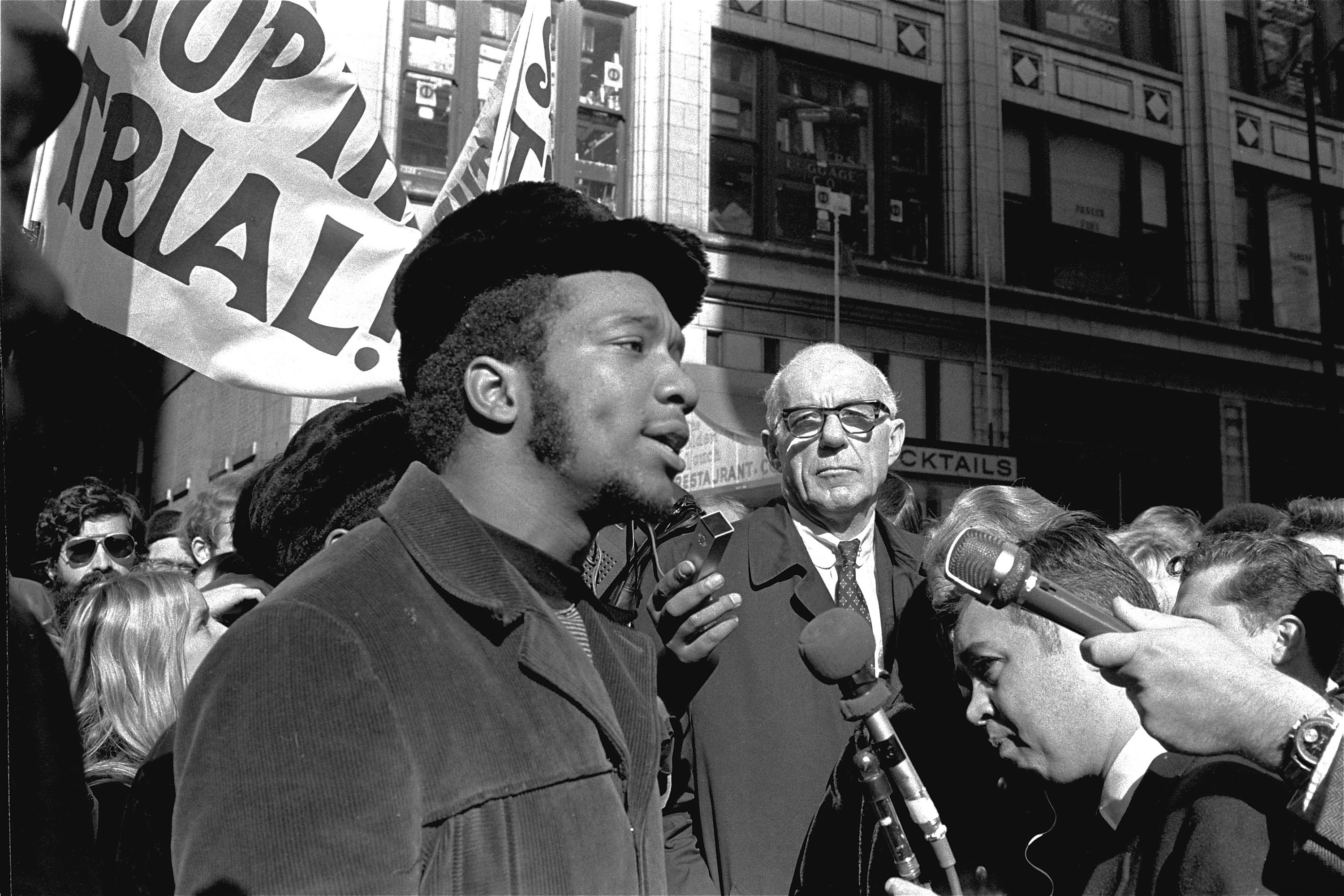 FILE - In this Oct. 29, 1969, photo, Fred Hampton, center, chairman of the Illinois Black Panther party, speaks outside a rally outside the U.S. Courthouse in Chicago while Dr. Benjamin Spock, background, listens. The Illinois childhood home of Hampton, an iconic Black Panther Party leader who was shot and killed during a 1969 police raid of his Chicago apartment, has been designated a historical landmark. (AP Photo/ESK, File)