This week in 1982: The EEC approved a total ban on imports from Argentina; U.S. banned all travel to Cuba; U.S. consumer prices fell 0.3%, declining for the first time in almost 17 years; and a singer/songwriter from Lafayette, Louisiana, was less than two months away from his 18th hit record.

It's been said many times, and repeated,that Nashville has more rumors than any other city in the world.

According to Eddy Raven, one of the many rumors he remembers had to do with his 1982 top 10 hit "She's Playing Hard to Forget."

Eddy commented "Now this is the story that was going round – I don't know if it's true or not but Elroy Kahanek, he was a promotion man here in town, bumped into Dean Dillon in a restaurant. And Dean told Elroy that he had an idea for a song titled "She's Playing Hard to Forget." Elroy left the restaurant and went back to his office and saw Keith Stegall. He told Keith that he had this idea for a song and asked Keith if he would like to help him write it. So Keith wrote the song – Elroy didn't write any part of the song but wound up with 50% writers credit because he brought Keith the idea and Dean Dillon wound up with nothing and it was his idea to begin with. Now again, I don't know if that is or isn't true but that's the story."

Eddy Raven recorded the song for Elektra Records. It came on the charts June 19, 1982 and peaked at No. 10. It was his 18th charted song and was on the charts for 16 weeks.

Jimmy Newman urged Eddy to come to Nashville and he was signed as a staff writer for Acuff Rose Music. Eddy went home to Lafayette and wrote "Country Green" and "Touch the Morning" for Don Gibson and "Good Morning Country Rain" for Jeannie C. Riley. He then moved to Nashville and had songs recorded by Roy Orbison, Waylon Jennings and dozens more.

He then started his own publishing company and in 1982 wrote "Thank God For Kids" for The Oak Ridge Boys.

The following year he signed with RCA Victor as an artist and wrote and co-produced his first No. 1, "I Got Mexico."

Join Doug Davis from 6 a.m. to noon weekends on KPIG-FM Radio – 103.9 - for "Roots of Country" on Saturdays and Sundays for "Sunday Country." You can also listen online at Mypigradio.com 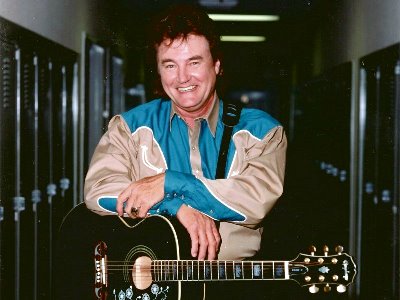