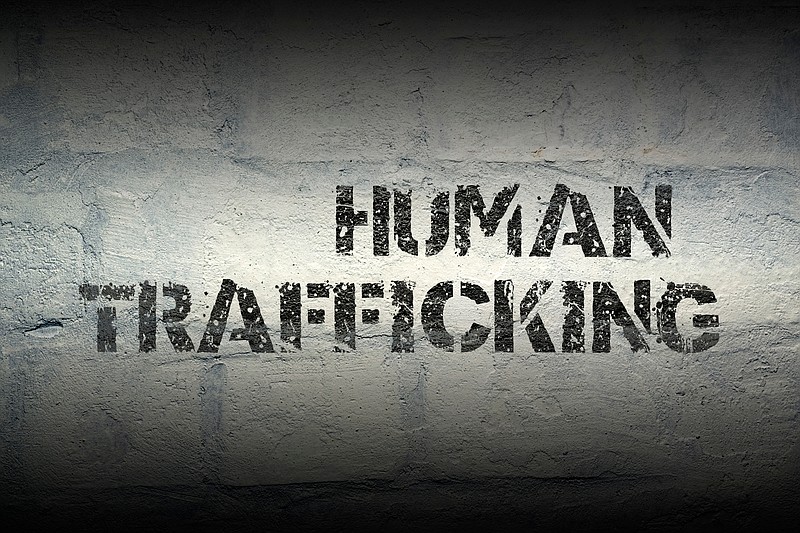 TEXARKANA, Texas -- A fourth man was charged this week with continuous trafficking of persons in Bowie County in connection with an investigation that began last year of an alleged prostitution ring.

While Ryan Allan Layne, 47, was arrested Tuesday on a charge of continuous trafficking of persons, he was first arrested Oct. 26, 2021, on two counts of felony solicitation of prostitution as part of an investigation by agents with the Texas Department of Public Safety. According to probable cause affidavits, information gleaned from text messages and money transfer apps on Layne's phone, coupled with interviews of at least 14 women identified as trafficking victims, helped lead to trafficking charges against Layne and the other three men.

After Layne's arrest in the fall, investigators acquired records from Venmo that allegedly show Layne regularly used the app to make payments to Cunningham and women. Notations on the cash transfers allegedly included "snow bunny," a term allegedly used to identify a white woman, and "baby doll," an alleged term to describe a young-looking woman.

Some of the women reported that after an encounter with Layne they wound up owing money to him or Cunningham because they refused certain activities, including sodomy. A woman identified as Victim 1 allegedly was forcibly sodomized by Layne at his DeKalb, Texas, residence in September 2021.

As investigators interviewed the first of the suspected trafficking victims, they learned the identities of other potential victims and allegedly uncovered a tangle of connections between Cunningham and Layne and Cunningham and brothers Brandon Palmer and Marcus Palmer.

Cunningham, 44, aka Fashion, has been in the Bowie County jail since August 2021 on drug charges. Since then, charges of aggravated sexual assault and continuous trafficking of persons have been added.

The last four digits of Cunningham's phone number allegedly spell "PIMP," according to a probable cause affidavit.

Cunningham, an alleged member of the Bloods street gang, is accused of maintaining a number of social media sites, including AOB (Adult Oriented Business) and Associates, which he used to "recruit victims to be sold for sex, advertise victims for sale for sex and recruit customers wanting to purchase sex with victims," the affidavit states.

Cunningham and the Palmer brothers allegedly used drugs, force, threats and money to sexually assault and prostitute women against their will or to compel them to engage in prostitution. A woman identified as Victim 3 allegedly reported being sold by Cunningham to men in Texarkana and being sold at a "24-hour sex theater and head shop" business in Dallas.

Others reported that Cunningham exploited their addictions and forced them into sex and prostitution in exchange for drugs. A woman identified as Victim 2 allegedly reported she believed she was being given an injection of methamphetamine by Cunningham but was given a sedating substance instead. Victim 2 reported becoming unconscious while clothed and waking up naked in a bed with Cunningham.

A woman identified as Victim 4 described becoming unconscious while with Cunningham and later waking in a car, partially nude, as Cunningham discussed selling her to a man she didn't recognize.

Some of the women interviewed by DPS investigators may have been 16 or 17 when they were allegedly first trafficked for sex and prostitution, according to the affidavit.

In addition to continuous trafficking of persons, Cunningham and Brandon Palmer are charged with aggravated sexual assault involving a woman identified as Victim 8.

Victim 8 reported in December that she was held down and raped by Cunningham and Brandon Palmer, 38, in a house on Richmond Road in Texarkana, Texas, in April or May 2021. She reported that she thought she was in a dating relationship with Marcus Palmer, 36, when he dropped her off at the house, so she felt she would be safe there.

The woman allegedly claimed that Cunningham attempted to recruit her into prostitution, which she declined.

The woman said she began to feel "slow" and "heavy" after drinking a beverage given to her by Brandon Palmer. She described the feeling as similar to sedation she received before a medical procedure.

Victim 8 reported that in the months after the alleged assault she unexpectedly encountered Cunningham at a local motel.

"You ready to join my team yet? You learned your lesson?" Cunningham allegedly asked the woman.

A search of Cunningham's cell phone after his August 2021 arrest allegedly revealed that he and the Palmer brothers regularly communicated "regarding distribution of illegal drugs" and routinely exchanged "messages and conversations which indicate the Palmers cooperate with Cunningham in trafficking victims for sex," according to an affidavit.

Concern over the trafficking of adults and children for sex and labor in Texas led the state Legislature to create a Human Trafficking Task Force in 2007.

"Human trafficking is the fastest growing crime impacting every continent and economic structure in the world. Affecting every ethnicity, gender, and age, regardless of immigration, socioeconomic, or family status, human trafficking knows no boundaries," states the task force's most recent legislative report, issued in December 2020.

"Texas is frequently cited as being the second worst in the United States for human trafficking incidents and number of victims. However, human trafficking data, and therefore, related statistics, are currently lacking and incomplete," the report states.

In 2019, the Texas Legislature passed a law creating a central database and reporting requirements for law enforcement of human trafficking offenses to help combat the problem.

Human trafficking saw an uptick in activity during the pandemic.

"Between January and November 24, 2020, there were 1,500,660 online commercial sex advertisements posted in Texas. Of those ads, 291,478 are believed to advertise children for commercial sex. Even more startling, most of the more than 1.5 million commercial sex ads were likely reused on several occasions, making the actual number of commercial sex transactions substantially higher," the report states. "Unfortunately, the war against human trafficking rages on."