TEST DRIVE | F-150 Tremor perfect for getting to deer lease

If you need a pickup that can haul hay bales or lumber during the week and climb mountain trails on the weekend, you probably already know about Ford's Tremor packages.

The grapevine insists that Tremor is also coming for the blue oval's latest sales hit, the compact Maverick pickup, but Ford has yet to confirm or deny that.

In both cases, Ford demands that owners move up to upper-trim XLT or premium Lariat models and SuperCrew cabs. A base F-150 starts at $30,495. Our 4x4 SuperCrew started at $49,505. The Tremor package comprised nearly half of a list of options, and we would not recommend deleting any.

Ford's Co-pilot 360 Assist 2.0 package ($750) takes much of the stress out of highway driving and can keep drivers out of major wrecks and fender benders. A suite of driver-assist features helps avoid the primary causes of head-on, rollover, rear-end, and T-bone accidents. It also looks out for impending collisions with poles and curbs and warns when one is about to back in front of oncoming traffic in parking lots.

One still needs to be attentive and use good judgment, but it can be a lifesaver to have a copilot who always pays attention.

Whether a pickup is worth that kind of money is purely subjective. An F-150 Raptor will cost $10,000 more and will do more. On the other hand, not everyone needs the Raptor's ability to float through the air and land with the greatest of ease or to be able to fly down dirt roads at triple-digit speeds.

Most truck buyers, however, will need some of the many benefits that come from a truck built in the factory for off-roading. An upgraded suspension starts with retuned springs front and rear for added ground clearance and to help keep tires more firmly in contact with the terrain. Front hub knuckles and upper control arms are stronger. Tremor-specific monotube shocks in front and twin-tube shocks at the rear are tuned for softer damping at low speeds, with additional damping and control for more severe off-road events.

Surprisingly, all that lifting and strengthening civilize the typically bouncy Ford pickup ride. The Tremor rides a little better, but not as well as the Raptor, which this year borrowed a big idea from Ram by ditching the rear leaf springs for a carlike multilink setup.

Superior acoustic engineering in the Tremor makes for a quiet cabin, despite 33-inch General Grabber all-terrain tires mounted on 18-inch wheels. The setup provides added ground clearance and a 1-inch wider stance for more confidence off-road, but tire howl is non-existent inside.

A Raptor-style bash plate serves to protect front-end components. All of these modifications together result in an approach angle of 27.6 degrees, a breakover angle of 21.2 degrees, and a departure angle of 24.3 degrees. Tremor has 1.5 inches more total travel in the rear and an additional inch of total travel in front than a standard F-150.

All of that pushed ground clearance to 13.1 inches, which will get the truck through many streams and over numerous rocks.

To get into and through tough, rocky trails, standard running gear includes a locking rear differential. Our tester included an optional Torsen® limited-slip front. Available is a torque-on-demand transfer case like the high-performance unit in the Raptor. This cutting-edge case merges all-wheel-drive and four-wheel-drive capabilities and manages torque distribution.

When the going gets tough, the tough Tremor doesn't need spotters. The 360-degree camera package provides an in-cabin view of obstacles around the truck and the front-view camera provides a real-time tire track overlay to dynamically show the path of the wheels ahead. The 360-degree view and rearview cameras can be called up at higher speeds with a convenient dash-mounted hard button.

We have driven a Tremor on challenging off-road trails and found it to be surprisingly competent. One word of caution, though, the key ratio in off-roading is not horsepower-to-weight, it's traction-to-weight. Lighter vehicles usually do better off the beaten path. The curb weight of an F-150 is around 5,000 lbs. A Jeep Wrangler is 500 to 1,000 lbs. less.

Weighing Raptor vs. Tremor, one must also consider fuel economy. Both will average around 16 mpg, but the Tremor does it on regular unleaded. The thirsty Raptor wants the good stuff, shaken, not stirred. Both trucks we tested came with 3.5-L V6 Ecoboost engines. With 400 hp and 500 lb-ft of torque, it's in the sweet spot between work and play.

Still, we think Ford took a called third strike when it did not offer the 3.5-L power boost with a full hybrid for the Tremor. Same horsepower, more torque, better fuel economy, better reliability. Oh well, the all-electric Tremor is no doubt already on the drawing board.

Of course, when one is thinking about Ford, one must think about reliability. Over the past five years, Ford has averaged more than $4 billion a year in warranty claims and has perhaps the highest per-unit rate of any manufacturer.

The National Highway Safety Traffic Administration has issued 11 recalls for the 2021 Ford F-150. The greatest number of complaints include the electrical system, the engine, and power trains. Our tester arrived with a low-speed transmission shudder. One wonders if this is the result of a design flaw or life in the press fleet. My go-to truck expert, Tim Esterdahl, notes that the transmission is a "learner," which adapts to driving styles and, thus, needs time to re-jigger things when a grownup gets behind the wheel.

I tend to think the problem, in this case, is life in the press fleet. A speaker was also blown out. How in dickens does that happen? Ford has had this 10-speed transmission dialed in for several years.

Under new CEO Jim Farley, cousin of the late comedian, Ford is making a concerted effort to reduce warranty costs. Farley, who came over from Toyota, knows this will take time.

Do I think Ford and Farley will get this figured out? Oh, yeah. I recently bought added a small chunk of Ford stock to my modest portfolio

In the meantime, the blue oval is making a ton of money off pickups. In an age when dealers of all brands are up charging from window stickers, now is not a bad time to go look at one. Regional Ford dealers are offering low-interest financing and even some bonus cash on F-150 and Ranger pickups. 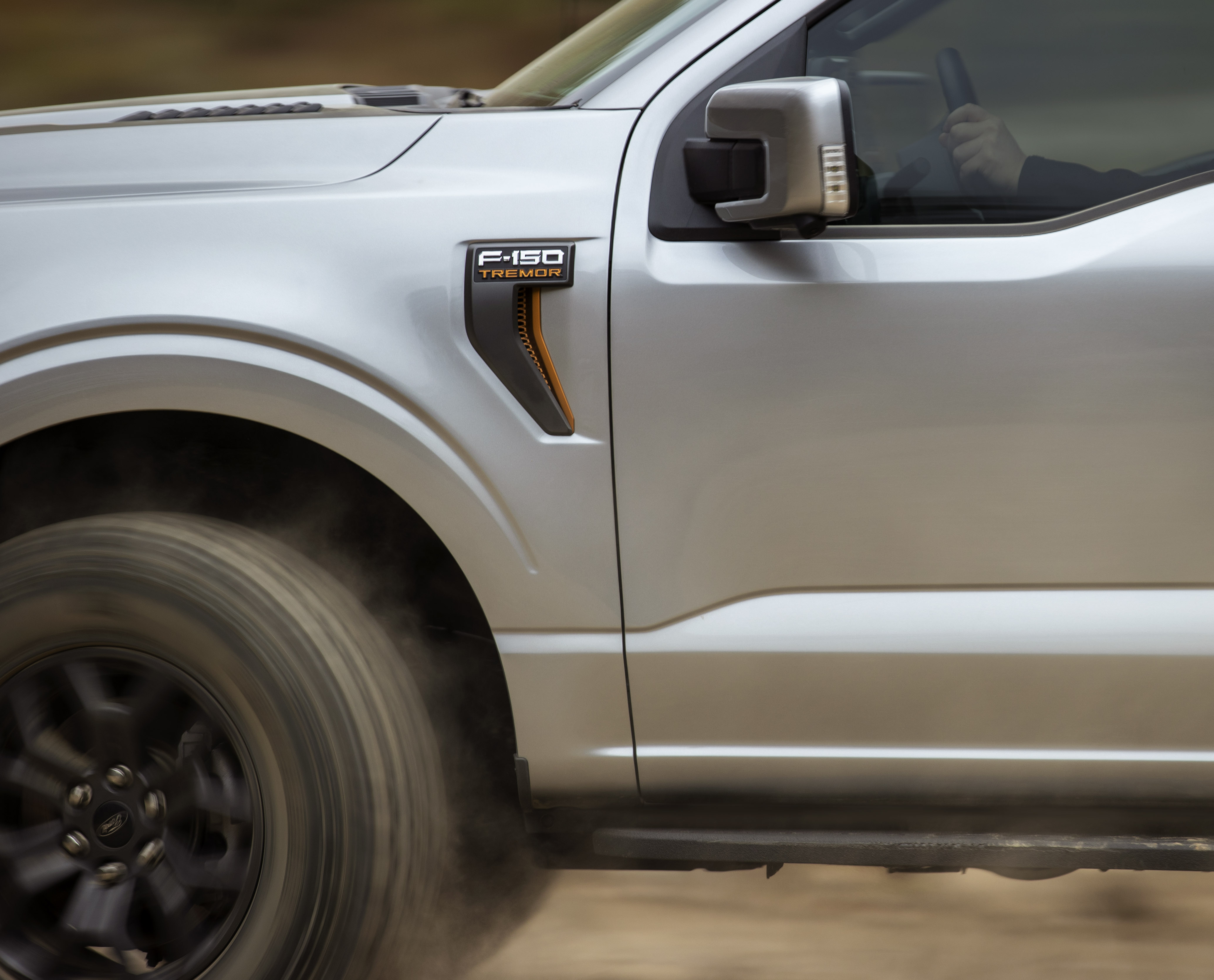 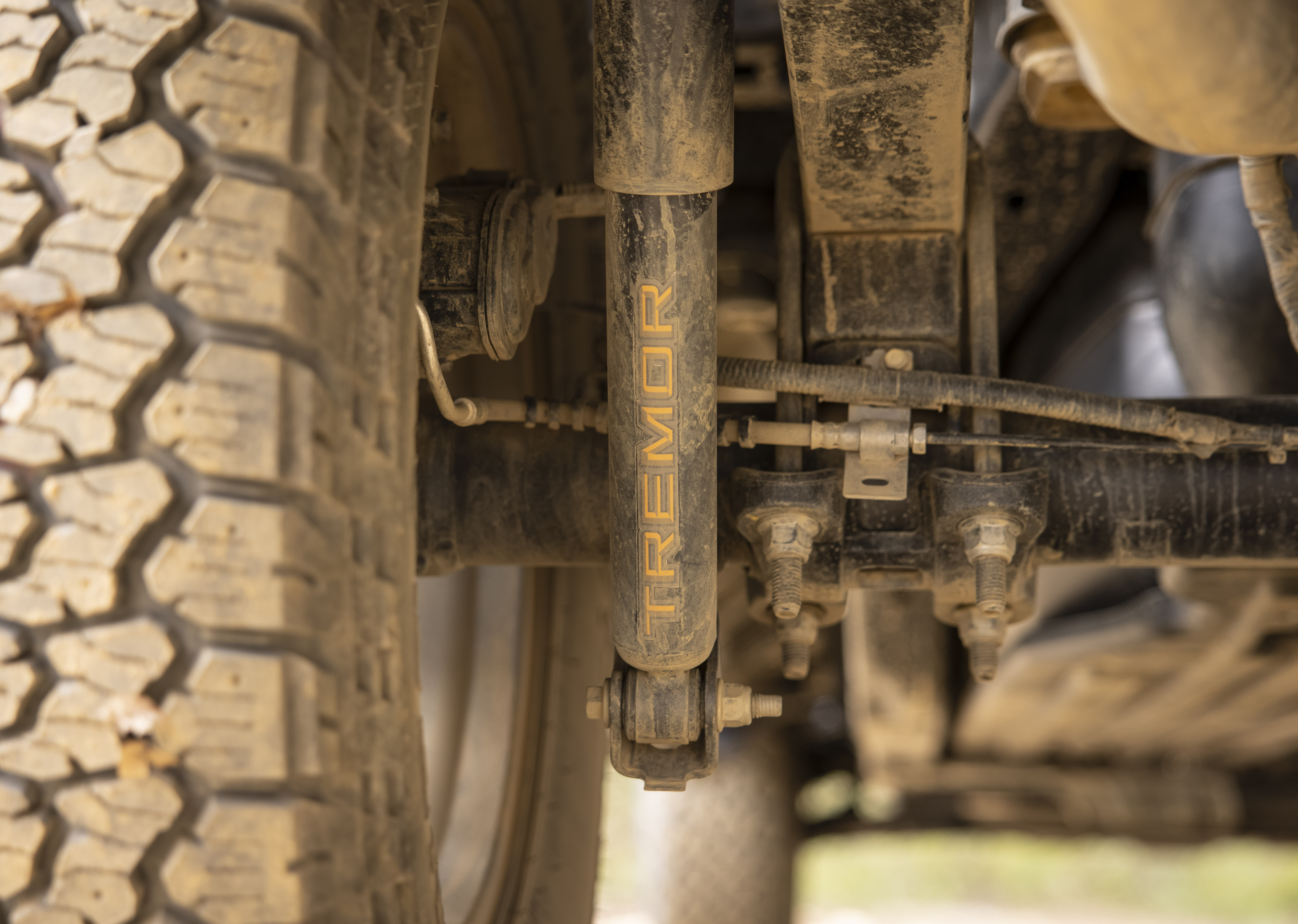