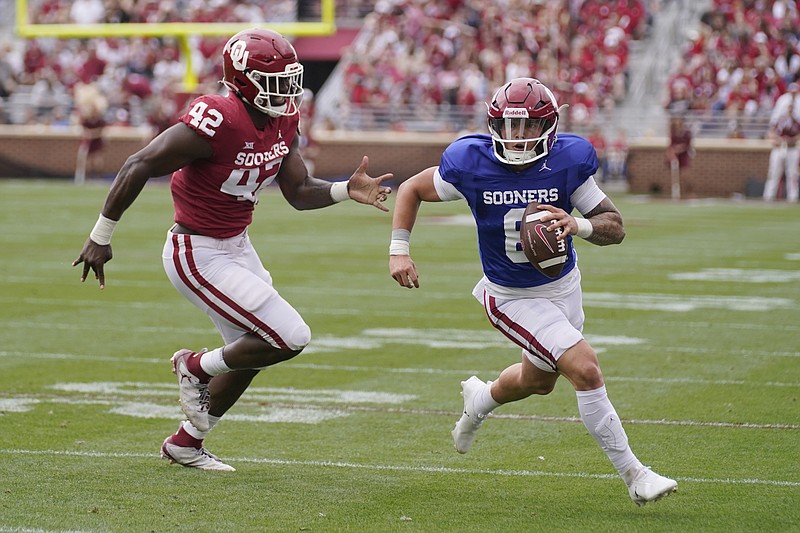 There are three new head coaches in the Big 12 and there will be a few new starting quarterbacks when the season kicks off in September. Only Oklahoma has both.

More than 75,000 fans showed up over the weekend for Oklahoma's spring game, less than five months after the sudden departures of coach Lincoln Riley and two quarterbacks who had each flashed some Heisman Trophy potential during their short stays in Norman.

While quarterback depth may be a concern, new Sooners coach Brent Venables already has a proven starter in Dillon Gabriel, the redshirt junior transfer who threw for 8,037 yards with 70 touchdowns and only 14 interceptions at future Big 12 school UCF over the past three seasons.

"Been really pleased from beginning to end with Dillon and where he is," Venables said. "I'm looking at just the entire body, and his leadership and his consistency, and he's done a great job all spring."

Caleb Williams, who had replaced Spencer Rattler as Oklahoma's starter early last season, followed Riley to Southern California. Rattler, who after a standout freshman season in 2020 went into last season considered a Heisman favorite, transferred to South Carolina this spring.

Max Duggan has started 29 games at TCU over the past three seasons. When he was sidelined with a fractured bone in his foot last November, Chandler Morris had 531 yards of total offense (461 passing, 70 rushing), the second-best total in Frogs history, in a win over Baylor in his first start. Morris is an Oklahoma transfer and the son of Chad Morris, the coach Dykes succeeded at SMU after the 2017 season.

"The biggest takeaway for me is that we have some people who are capable of doing it. That's the good thing," said Dykes, known for having big-passing quarterbacks and whose offensive coordinator is Garrett Riley, the younger brother of the former OU coach.

Donovan Smith finished last season as Texas Tech's starting quarterback, and was MVP in the Liberty Bowl victory over Mississippi State. But Oregon transfer Tyler Shough is recovered from a broken collarbone that limited him to only four games in his first season in Lubbock, and former four-star recruit Behren Morton is also in the mix.

"It really has been even throughout. That's not bad or good," said McGuire, who planned with his coaches to fully evaluate the spring to determine if the Red Raiders are ready to name a No. 1 QB.

The expected starting quarterback for West Virginia isn't even on campus yet after two-year starter Jarret Doege left for Western Kentucky.

Three quarterbacks without any starts went through spring practice for the Mountaineers, but the biggest development during that time was when JT Daniels announced that he was transferring to West Virginia.

Daniels started as a true freshman for Southern California in 2018 before he was hit by injuries, and then transferred to Georgia in 2020. He was the Bulldogs starter at the beginning of last season, but got hurt again. Stetson Bennett remained the starter the rest of the season while leading Georgia to a national title.

West Virginia's new offensive coordinator is Graham Harrell, who was at USC with Daniels in 2019.

TO AND FROM NEBRASKA

After four years as Nebraska's starting quarterback and offseason shoulder surgery, Adrian Martinez went to Kansas State as a graduate transfer. Skylar Thompson had been the Wildcats quarterback the past five seasons.

The likely replacement for Martinez at Nebraska is Casey Thompson, who was 4-6 as the Texas starting quarterback last season in coach Steve Sarkisian's debut in Austin.

Hudson Card was the Texas starter at the beginning of last season before Thompson replaced him. Card competed this spring with Quinn Ewers after the former five-star recruit from the Dallas area returned to the Lone State State after a season at Ohio State.

"I like where these guys are at. ... I think we're at a really good spot at that position," said Sarkisian, though he wasn't ready to declare a starter after 15 spring practices in which he felt both got better.

Four Big 12 teams are scheduled to play their season openers before the first Saturday in September.

West Virginia will open at Pittsburgh, and Oklahoma State will host Central Michigan on Thursday, Sept. 1, a day before TCU plays at Colorado, and Kansas hosts Tennessee Tech.

The other six Big 12 teams begin their seasons Sept. 3 at home. 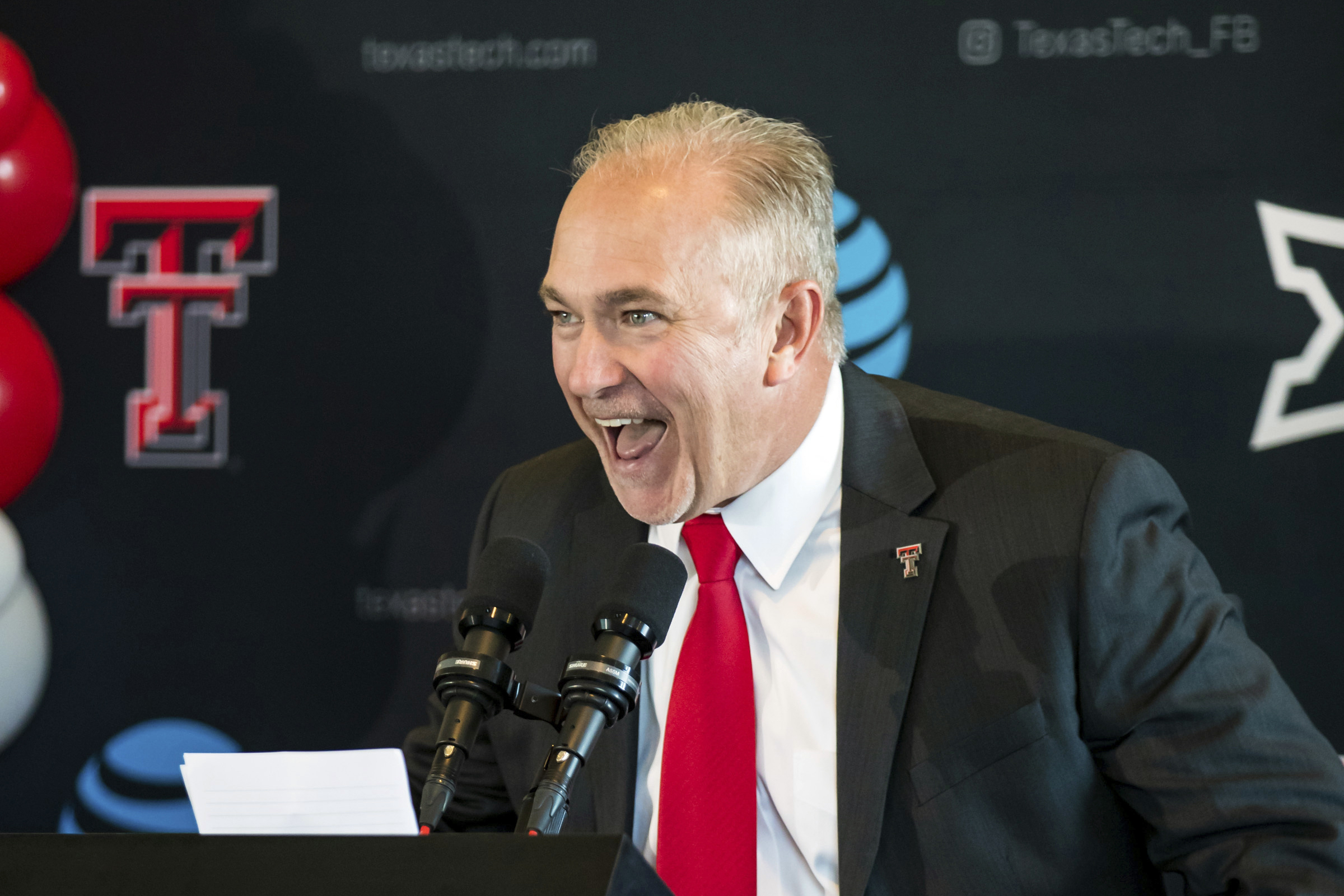 Print Headline: 3 new coaches and lot of new QBs in the Big 12