This week in 1985: The United States charged Israel with violating the Geneva Convention by deporting Shiite prisoners; scientists in Hawaii measured the earth-moon distance to within one inch; a restaurant blast killed 17 people near an air base in Spain; and a duet couple were one month away from their third No. 1 duet single.

A lot of hit songs have come from albums. Kenny Rogers and Dolly Parton's 1985 No. 1 "Real Love" was just such a tune.

The song was written by David Malloy, Richard "Spady" Brannon and Randy McCormick.

Davis Malloy produced the album and "Real Love" was the only song in the album that he had a hand in writing.

According to Malloy, his idea for the album came from Dolly's personality.

He said, "Dolly is a kind of goodwill ambassador -- just spreading joy and happiness -- so I wanted the album to be up and energetic with some dancy kind of melodies because Dolly is great when the melodies really move." "But Kenny does not sound great with moving melodies because he needs a longer note to get his throat established. He has to stretch it out a little bit."

So Malloy had to keep all that in mind in the production of the album, which was recorded at Sunset Sound in Los Angeles.

Kenny Rogers and Dolly Parton's RCA Victor single "Real Love" came on the country music charts May 25, 1985 and was in the top slot the week of August 24th – a month after their HBO Special. It also made the pop charts.

It was the 77th charted song for Dolly Parton and the 43rd for Kenny Rogers.

Their "Real Love" album was in the Top 10 of the Top Country Album Charts for 40 weeks.

Join Doug Davis weekends on KPIG-FM Radio – 103.9 - for "Roots of Country" from 6 a.m. to noon Saturdays and 6 a.m. to noon Sundays for "Sunday Country." You can also listen online at Mypigradio.com. 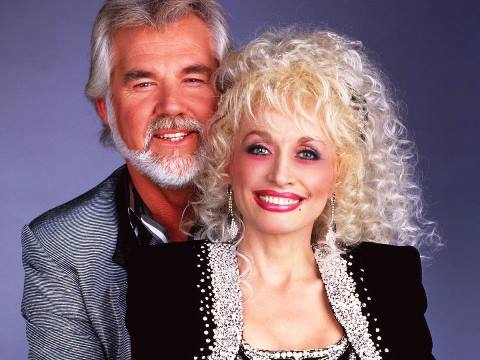