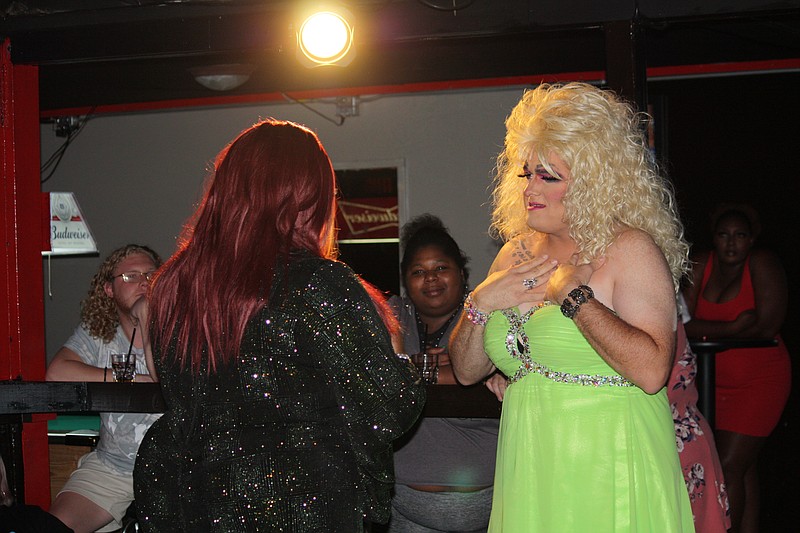 Rebecca Devine Starr and Aquarius Deveareaux Brooks, left, and Rebecca Devine Starr perform a duet of "Does He Love You" on Saturday, Aug. 13, 2022, at Village Station in Texarkana, Ark. Brooks performed as Reba McEntire, while Starr donned a blonde curly wig to portray Dolly Parton. (Staff photo by Mallory Wyatt)

TEXARKANA, Ark. -- Johnny Thompson Jr., also known as Aquarius Deveareaux Brooks, has been performing in drag for only three years but already has charted a path to the Miss Gay Texas State Pageant.

On Aug. 13, Village Station gave its support to Thompson's title quest by hosting a benefit.

"Thank you all for coming out tonight," Brooks said to bargoers before his performance. "I'm so blessed to be here with all of you, and I'm so thankful for this benefit that Village Station has put on to help me get to Miss Gay Texas State."

As Brooks sang a soulful ballad, many in the audience handed him dollar bills for his travel fund to the Sept. 3-4 competition in Fort Worth.

"You have to work your ass off to win that crown," Starr said in a speech regaling Brooks' efforts. "They're not just going to hand the crown to you. No, honey. Nothing in life comes easy as we all know it. Thank you all for coming out to support my best friend."

To cap the show, Starr and Brooks performed a duet of "Does He Love You." Brooks emulated Reba McEntire, and Starr donned a blonde curly wig to portray Dolly Parton. The pair embodied the emotions of the song, which expresses anger and passion over the man who stole both of their affections.

Brooks said he became interested in Miss Gay Texas State when he learned his drag mother, Gemini Alexander Brooks, had been a title holder.

"My drag mother taught me to be myself and to always be true to myself -- to be humble, patient and kind to others," Brooks said.

Brooks said he never imagined getting involved in drag but discovered an interest in it after opening up about his sexuality to family and friends.

With a pageant win, Brooks hopes to become more involved with LGBTQ+ youth philanthropic efforts. The Miss Gay Texas State system engages the pageant winner in a year of community service and outreach.

Brooks recently hosted a pageant for girls in Jefferson, Texas, which he said was a great experience.

In his time with the Miss Gay Texas State system, Brooks said the only notable difference he has found is the lack of a swimwear competition that is seen in other pageants. All of the other components remain -- from the talent and interview portions to modeling and an overall fierce competition.

"Life is too short," Brooks said. "Our pageants are so similar, it would be nice if one day they could intertwine."

Brooks will be a contestant in Miss Gay Texas State at Urban Cowboy in Fort Worth, Texas on September 3-4. 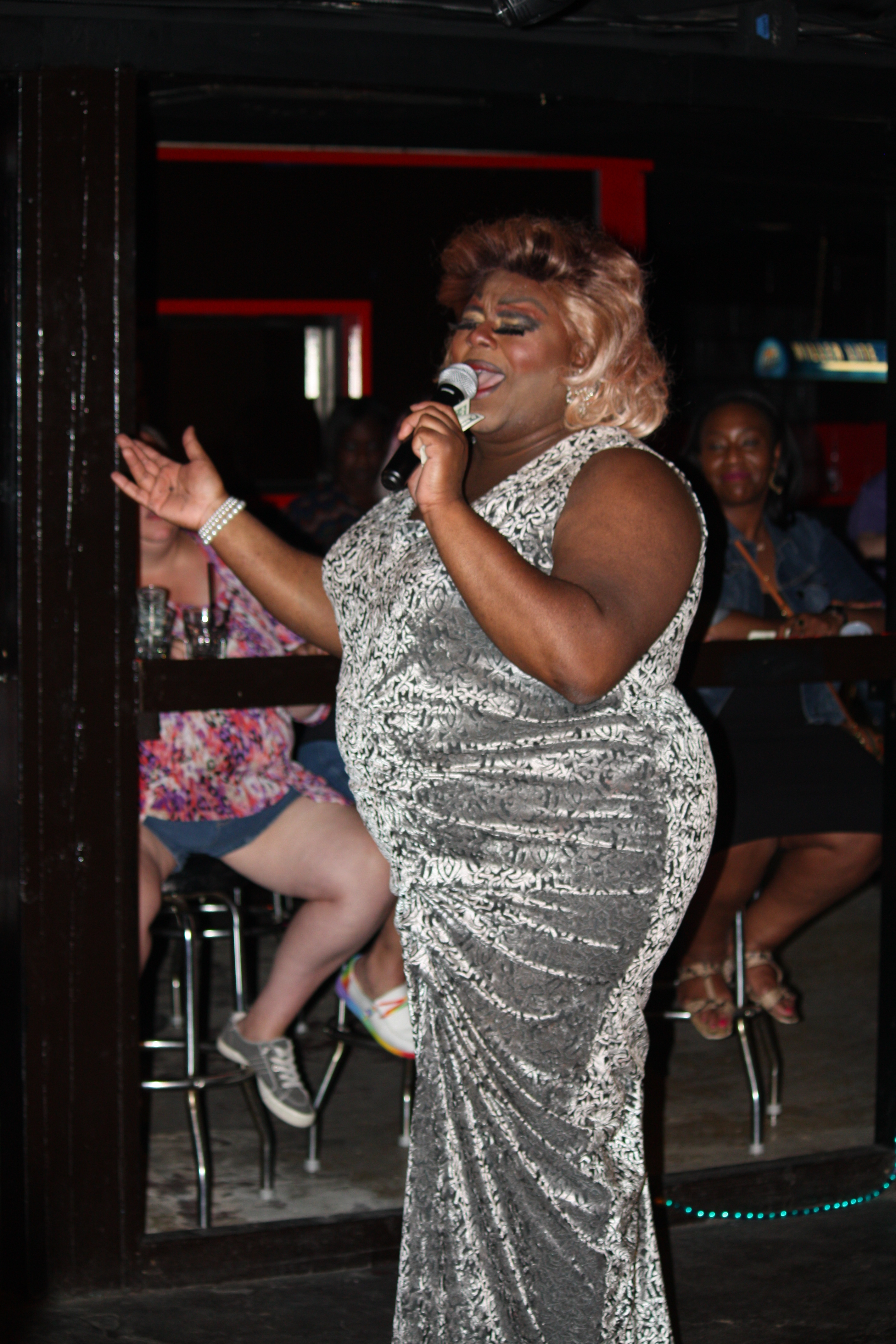 Aquarius Deveareaux Brooks croons a Sam Smith song to the crowd at Village Station on Saturday, Aug. 13, 2022, in Texarkana, Ark. Brooks has been performing in drag for three years. Saturday's performance was part of a benefit to raise money for Brooks' trip to the Miss Gay Texas State Pageant on Sept. 3-4 in Fort Worth, Texas. (Staff photo by Mallory Wyatt) 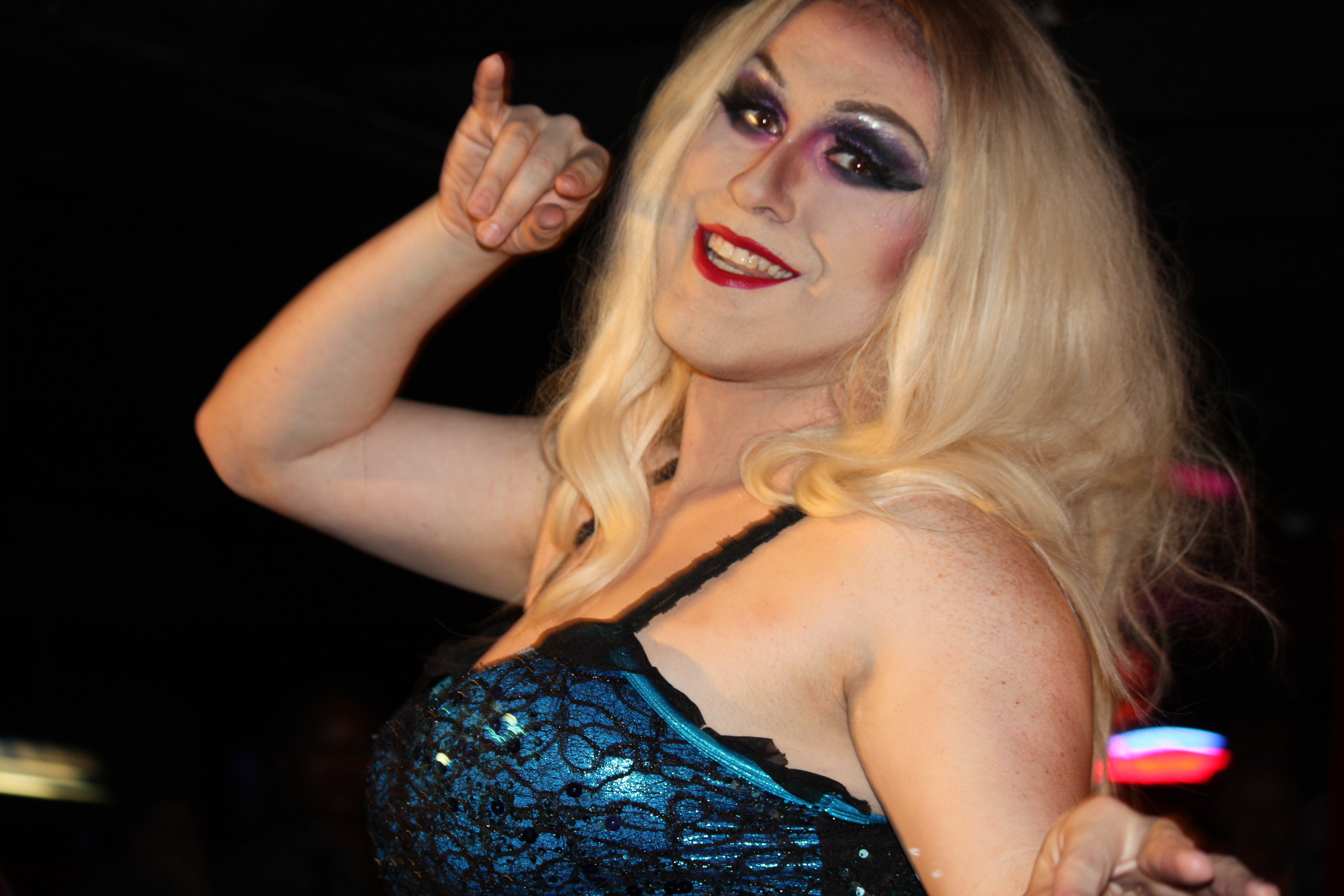 Saphiera DiJonn smiles at the camera while performing to a metal cover of "Poor Unfortunate Souls" from "The Little Mermaid" on Saturday, Aug. 13, 2022, at Village Station in Texarkana, Ark. The performance was part of a benefit for Johnny Thompson Jr., also known as Aquarius Deveareaux Brooks, who is competing in the Miss Gay Texas State Pageant in early September in Fort Worth, Texas. (Staff photo by Mallory Wyatt) 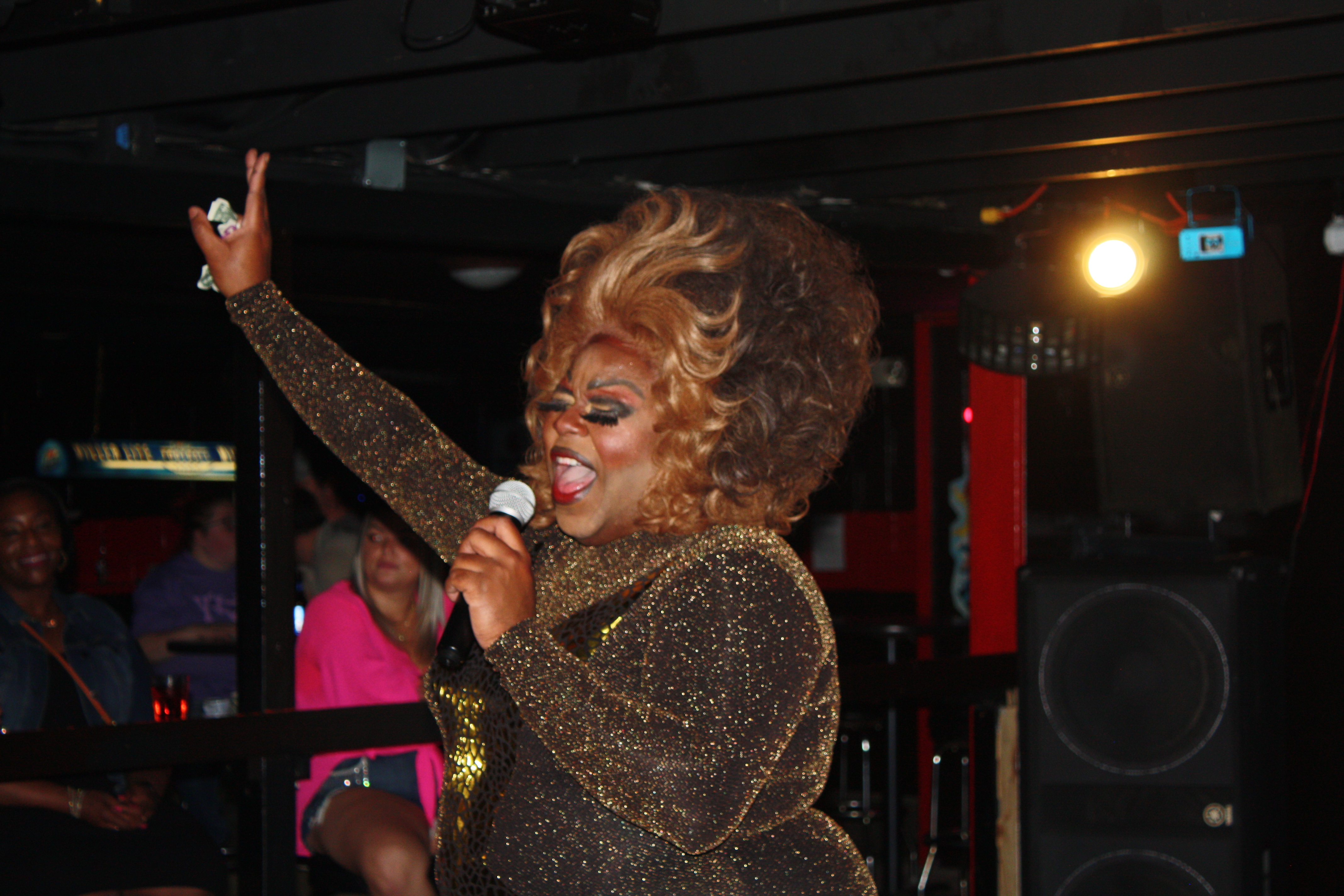