I don't remember a time when Burt Reynolds wasn't around. That is until he passed away a few years ago.

When Gunsmoke was one of the biggest shows on television, Burt played the town blacksmith, Quint Asper.

It was a character I noticed, because my grandfather and great grandfather were blacksmiths.

Burt wasn't always on the show, but when he was he reeked of the cool he would later embody when he ruled the box office in the 1970s.

I likely should not have been allowed to watch the movie Deliverance, but I did. I was around nine when it came out and some of the subject matter is still not for all audiences.

But Burt's bow-wielding, muscular character let you know that he would make it out alive, even if all three of the other men would not.

In a story about surviving what comes your way, Burt was the one you'd want in charge if you had been one of the men on the rafting trip from heck.

When I was in junior high, Burt starred in a movie called W.W. and The Dixie Dance Kings. It's the story of a con man and robber who takes a liking to a country music group and helps them find success. The success is funded by robbing a specific oil company's gas stations.

That movie is where my affinity for Oldsmobiles began. Burt drove a special edition Olds. It wasn't a model that was actually ever produced, but with Burt behind the wheel, it was real to me.

Dance Kings was the first time I saw the trademark Burt Reynolds. The coolness, the cackle laugh, and his ability to charm men and women alike.

It was the same charm he perfected in Smokey and the Bandit, which for my money is one of the movies to see in a movie house with lots of other people.

Again, Burt had a car as his costar. But this time it was a black 1977 Pontiac Trans Am.

For most of the 1970s, Burt was the undisputed box office king. If he was in a movie, people went to see it. And not all of his movies were good. But he always had that wink and nod for the audience that let you know he was in on the whole thing, good or bad.

Burt Reynolds had a typical early 20th Century southern childhood. He said that growing up in Florida, his police chief dad was hard on him and never really seemed proud of him.

Like most sons, he sought and wanted his dad's approval, but I'm not sure he ever got it.

But boy, was Burt successful. He dated the A list of Hollywood actresses. Most notably Sally Field, and WKRP's Loni Anderson, who later got a large divorce settlement that left Burt financially strapped.

His foray back into television with Evening Shade was good. He played a football coach and was surrounded by a stable of his actor friends.

That was another likable thing about Burt. If you were a friend and an actor, he'd find a way to get you a job on his projects.

Late in his life, Burt made Boogie Nights. It was a movie about the seedy side of humanity. His character wasn't a nice guy, not the type of part you'd expect him to play, but he was nominated for an Oscar for it.

During one of my sleepless nights, I caught an episode of the X-Files where Burt was a guest star. It was made in 2002. Burt was obviously older, but he was still classic Burt.

He played God, but he played it much like the in-on-the-joke Burt of days gone by. It made my insomnia less annoying.

Burt Reynolds was just a likable guy. And as the credits rolled on the X-Files, I wondered why I'd never given him the credit he deserved for making my life more enjoyable.

Thanks, Bandit. I hope you're still east bound and down.

John's latest book, Puns for Groan People, and his books, Write of Passage: A Southerner's View of Then and Now Vol. 1 and Vol. 2, are available on his website – TheCountryWriter.com, where you can also send him a message and hear his weekly podcast. 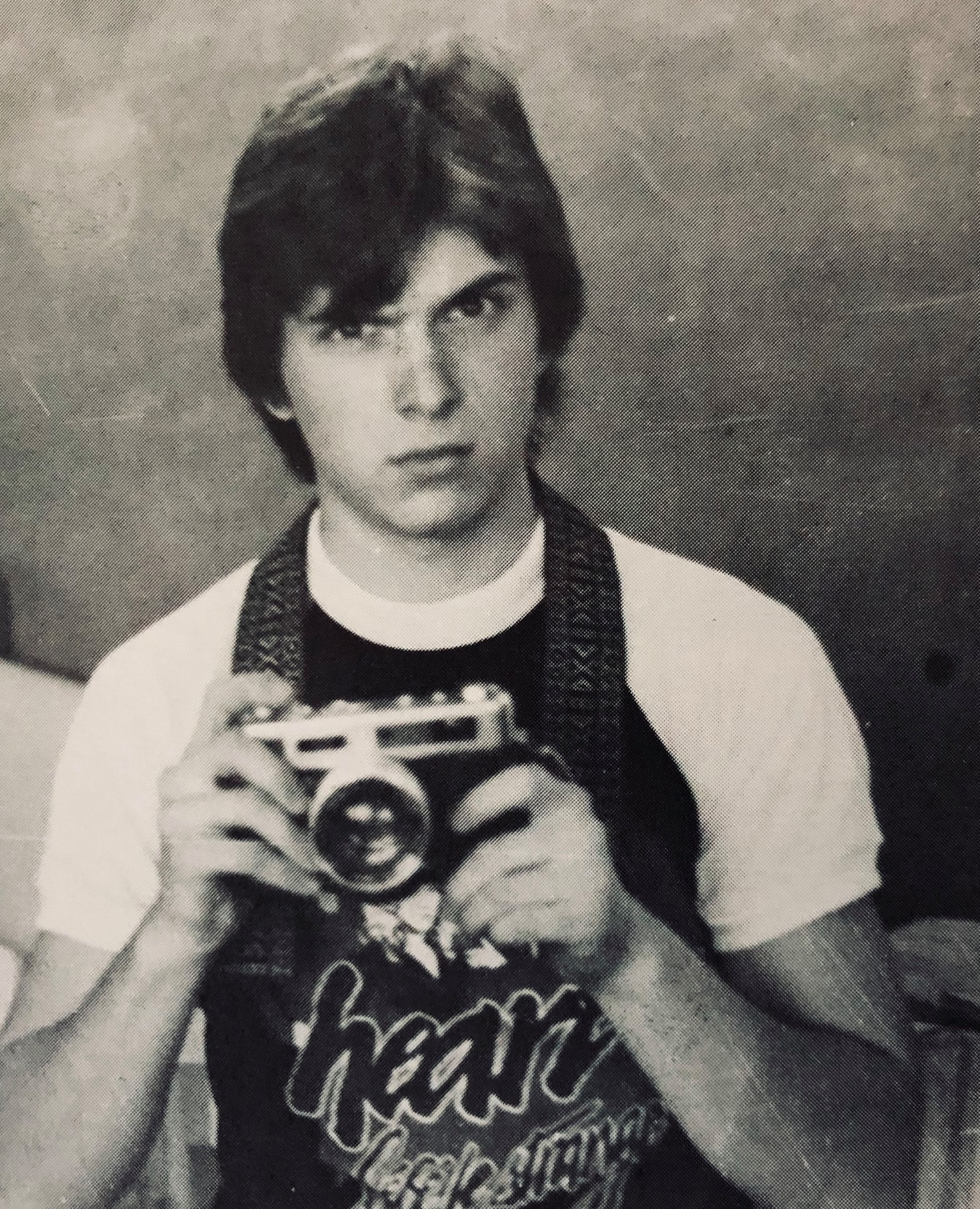 Columnist John Moore jokingly poses for a 1979 photo in his high school journalism class. One of John’s favorite actors at the time was Burt Reynolds. (Photo by Mark Lewis)