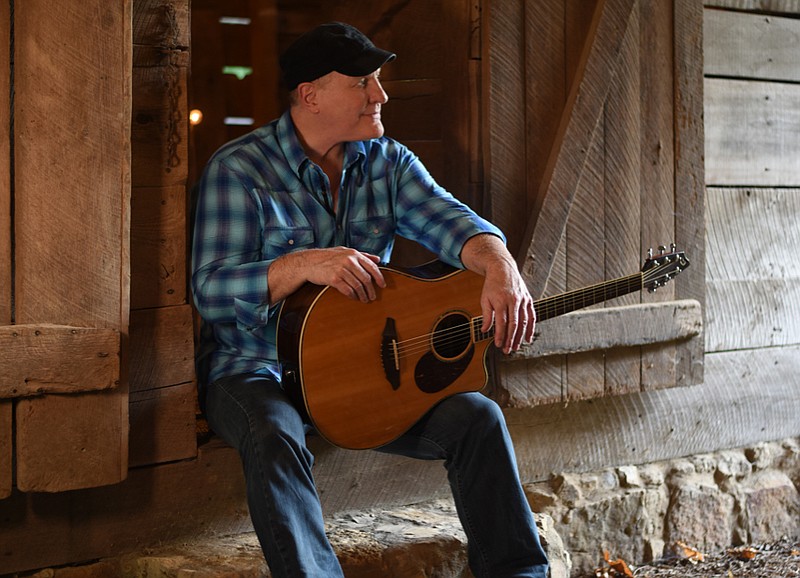 "It's going to be a guaranteed fun night because who doesn't love classic rock," Raye said. "We will be doing British and American hits. We will be playing songs from the Eagles, Bob Seger, Fleetwood Mac, Tom Petty, Bruce Springsteen and more."

Raye, who was born in De Queen, grew up in Wake Village and graduated from Texas High School, said he is looking forward to coming back to play in his hometown. His brother Scotty Wray is ill and has been wanting to see the show. That is one reason he is performing in Texarkana.

"This is an idea I've been wanting to do for two or three years, and I've put an amazing awesome band together," Raye said. "I have done one show in Nashville and a lot of people on Facebook were asking us to bring it to Texarkana. Whiskey River is a wonderful place with a good fun atmosphere, good sound and lights."

Although most of the show is dedicated to rock 'n' roll, country fans who want to hear a couple of Raye's classic country hits from the '90s, such as "Little Rock," or "Love Me," can make that request and will be obliged, he said. Raye burned up the sales charts in the '90s with a blend of country-rock tunes and socially conscious material.

He was also blazing through the other side of the spectrum with vivid rockers like "My Kind of Girl," "That's My Story," "I Can Still Feel You" and "I Want You Bad." He has 25 Top 10 records, 16 No. 1 hits, and a 10-time Male Vocalist of the Year nominee under his belt.

"I grew up on classic country music artists like Haggard, Jones, Buck, Cash, Waylon, Johnny Horton, Charley Pride, Tammy Wynette, Dolly, Connie Smith, Ray Price, and all the greats," Raye said. "But I discovered rock 'n' roll in my teens and grew to love it as well. My brother and I played a lot of both styles of music throughout our youth and were influenced by both genres."

Raye said he hopes the show will take concertgoers on a musical journey to a time when life seemed a little less chaotic.

Perry Steitler, owner of the property Whiskey River Country is on, said he was a drummer for Raye when he was just starting out. He remembers those years fondly as well as collaborating with Raye's brother, Scotty Wray, who was Miranda Lamber's guitarist when she first began and was by her side for about 20 years.

"This is going to be one of the best shows you'll see. Collin Raye is going to be doing music like he is very capable of and what I remember in the beginning," he said. "When he got into the ballad country stuff, it was so opposite. He is so good at the rock. You are going to get a good impression of what Collin can do with '70s, '80s, and '90s rock."

Although Steitler did not follow Raye and his band to do shows in Vegas and Oregon early on in their careers, he is still glad he knew Raye and played with him while he did.

"I didn't play with him long -- about six to eight months, but Collin Raye got me a job as a drummer at the Pines Country Club in 1979," he said. "He changed the course of my life that year. I played at the Pines for 11 years, from '79 to '93 and played with all the big guys like George Strait, Eddy Raven and Gary Stewart."

Raye and his brother, Scotty Wray, worked together on an album released in 2020 called, "Scars." This album was the first Raye released since 2009. It is a personal album filled with music Raye said he has wanted to do for a long time. He said fans might find it exciting that Vince Gill and Miranda Lambert have a spot on the album also.

(For more information about the show, go to whiskeyrivercountry.com online.)