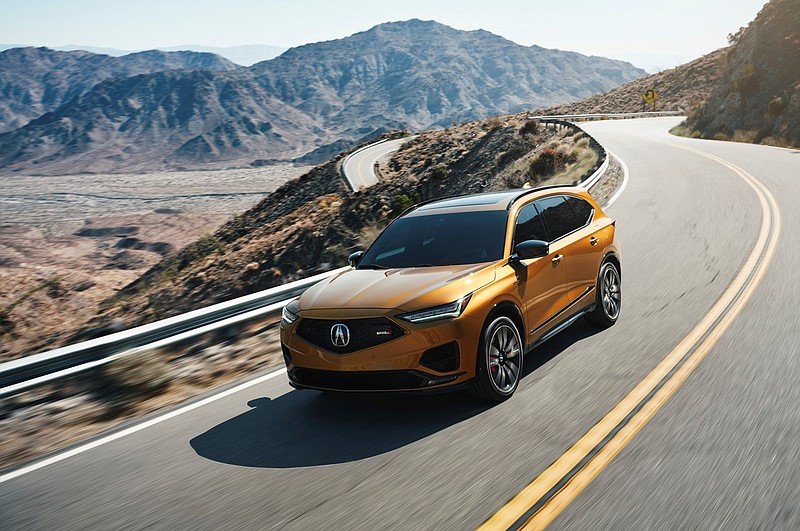 Starting at $48,245, the 2022 MDX (Acura skipped the model year 2021 for the fourth generation of its take on the Honda Pilot) in many ways delivers on the long unfulfilled promise of Honda's luxury arm: bold designs inside and out, premium materials, high levels of technology and performance.

Did we say performance? Acura's broader strategy these days is a fortuitous blend of product development and track success. From Formula 1 to Indy to Gran Prix to Pro-Am to electric racers, Acura this year found many winner's circles. Those successes are broadly reflected in Acura showrooms, from October's rollout of the 600-hp NSX Supercar to November's introduction of the premium compact Integra to December's MDX Type S reveal.

Flogged (auto writer euphemism for "driven at illegal speeds") down a favored back road, the 4,565-lb behemoth is surprisingly responsive and well-balanced. Fitted with Acura's superb AWD system, SH-AWD® (Super Handling All-Wheel Drive™), which distributes torque exactly where it needs to be at exactly the right time, the seven-seater rides and handles like a sports sedan.

She's a looker, too. The new MDX features a wider and more aggressive stance, with powerful proportions highlighted by a longer hood and upright front fascia. For the first time, the MDX gets all-LED lighting, including headlights, running lights, and taillights.

This is not by accident. All 2022 MDX grades benefit from an all-new, performance-focused, and ultra-rigid light-truck platform. Every MDX features a chassis that includes the first double-wishbone front suspension on MDX, an all-new multi-link rear suspension, plus the AWD.

For the last decade, Acura has been building some of the most user-friendly interiors, and the new MDX sorta, kinda, carries that trend forward.

The new platform enables a roomier cabin, with all three rows bathed in natural light thanks to a standard ultra-wide panoramic moonroof. A new, all-digital Acura Precision Cockpit™ replaces physical gauges with a customizable 12.3-inch HD display with a smooth 60-Hz refresh rate. An updated Integrated Dynamics System tunes chassis reflexes and activates a lovely ambient lighting system with the twist of a dial.

So then Acura had to go mess all that up with a touchpad. Could we just touch the HD display to select menu items? No, we have to use an aggravating and distracting touchpad which more often than not selects the wrong menu item.

Ok, I'm overreacting here. Acura provides a handrest that fits my palm like a glove. Using a slick iPhone interface, I was able to manage the sound system and Google Maps without lifting my hand. Once I adjusted to it, I found I liked it, but I would have liked a few simple switches in the same place a lot more.

Standard on all MDX trims is one of the best and most complete suites of safety hardware and software.

Historically, Acuras are rated near the middle or even bottom of the luxury SUV pack. Chronic transmission issues and uneven execution have kept the company from becoming Honda's version of Toyota's Lexus.

That perception seems to be changing with the 2022 MDX. The BMW X5is the quickest, best-driving, and most rewarding entry in this class. By a lot, but an X5 will run you anywhere from $60,000 to $105,000. The Lexus RX and GX lines are price competitive with the MDX, but not with the MDX Type S.

To get that kind of performance, one would have to pay $20,000 more for an Audi Q7 Premium or Porsche Cayenne.

What's not to like? Fuel economy, for one. Our tester, which we have already confessed to flogging, averaged 13 mpg in town and fewer than 19 mpg in combined driving. That is much less than the EPA estimated 19/25/21, but quite close to actual results from other publications.

That was on premium fuel. Though these results place the MDX in the middle of the luxury-ute pack, that's an indictment of the pack, not a justification of the MDX. Some nice electrified vehicles are about to hit this market and, one suspects, 13 mpg might impinge on long-term value.

Hey, somebody has to pay for all those new highways, right? 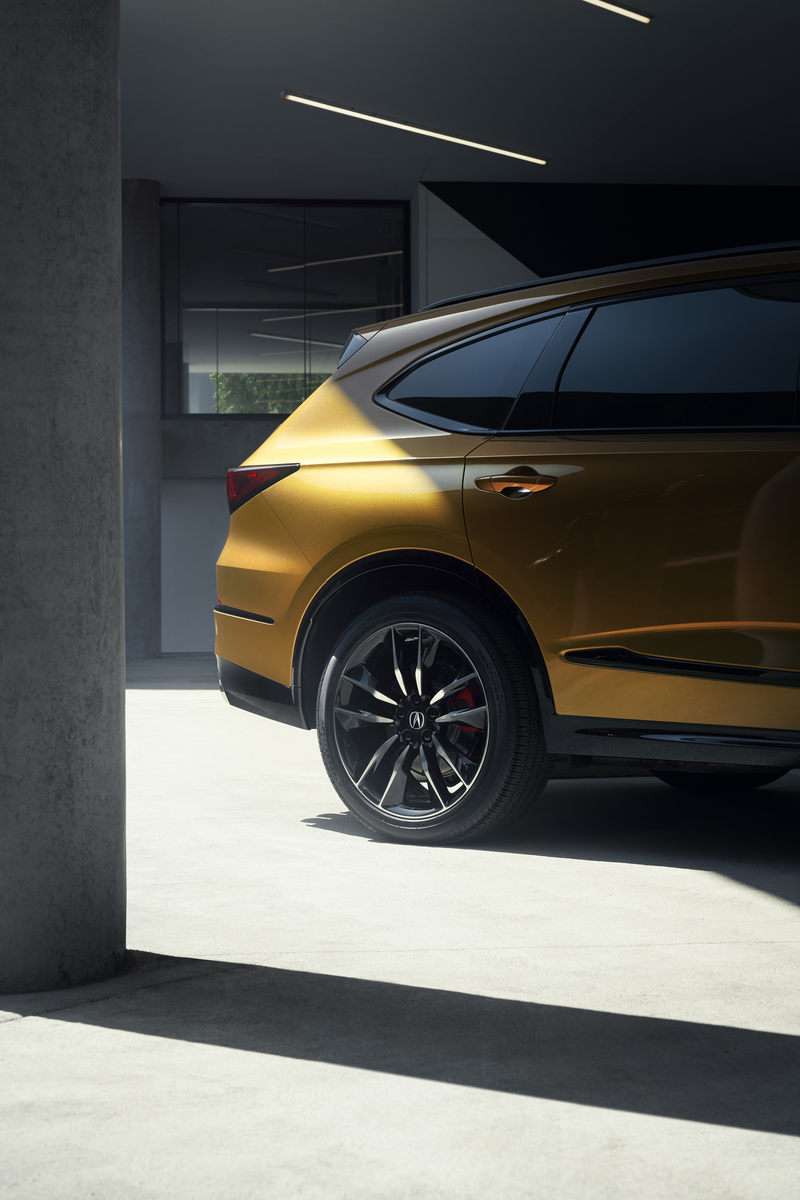 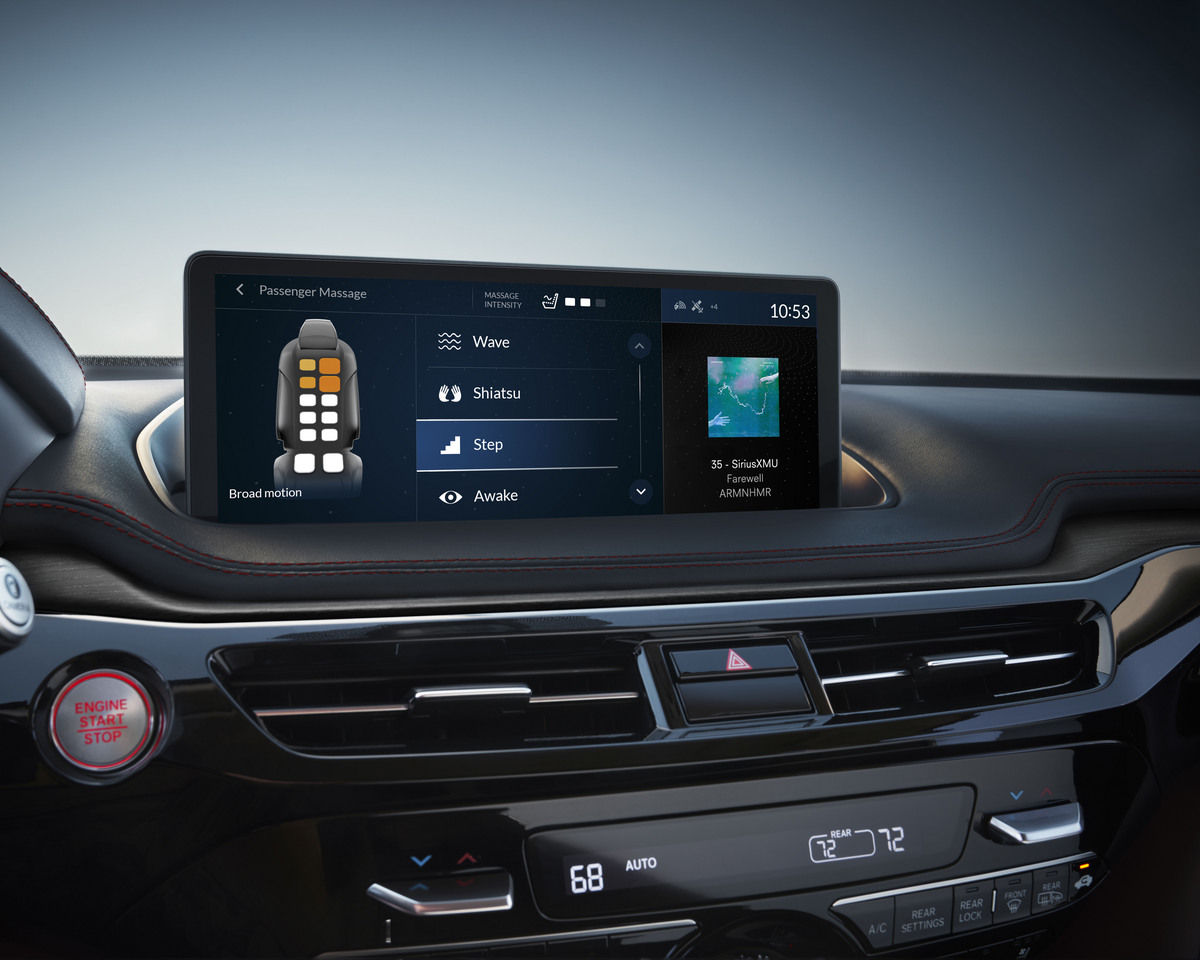