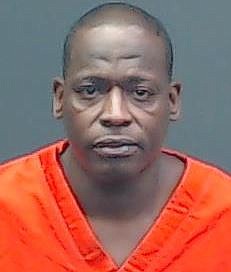 TEXARKANA, Texas -- A Texarkana man charged with kidnapping allegedly beat and sexually assaulted a woman for three days last month while holding her naked in a barricaded room.

Jabori Lashaun Robinson, 39, was arrested Dec. 21, the day after a woman called 911 and reported she was being held against her will in a house in the 1000 block of Capp Street in Texarkana, Texas. The woman said she contacted a friend Dec. 17 hoping for a ride from Waskom, Texas, to Ashdown, Arkansas, according to a probable cause affidavit prepared by Texarkana Texas Police Department detective Tabitha Smith.

Instead of being driven to Ashdown, the woman reported she was taken to the house on Capp where Robinson was waiting outside. While the affidavit isn't clear as to a previous relationship between Robinson and the alleged victim, it does state that the woman allegedly feared Robinson because of a previous assault.

The woman reported that Robinson took her in the house and beat her for "leaving the last time."

"She said that Jay (Robinson) took her phone from her, forced her to be naked, beat her with his fists about her face and her head," and forced her to engage in repeated sexual acts, according to the affidavit.

The woman reported that she was held in a barricaded room with locked doors and boarded windows but was able to use a phone to call 911 at 11:12 a.m. the morning of Dec. 20 when Robinson was allegedly distracted by a visitor. The woman said the dispatcher told her to set down the phone so her location could be pinged as she managed to squeeze out of a side door. A woman passing by picked up the woman and police were called a second time.

"The victim's recovered phone revealed that there was no new content from the time she arrived to Capp Street until Dec. 20, 2021, when she was able to call 911 at 11:12 a.m.," the affidavit states. "I observed barricaded doors, the large piece of ply wood she described and the locked screen door."

When officers made contact with the woman the morning of Dec. 20, she was reportedly barefoot, frantic and not wearing a coat or jacket. The woman had a noticeable protruding bump on her forehead, two black eyes and cuts on her lips and nose when she was taken to a local hospital by police.

At this time, Robinson has been charged with kidnapping and faces five to 99 years or life in prison if convicted. Bail on the kidnapping charge is set at $150,000. Robinson is being held in the Bowie County jail.