Dr. Monica: From needing chiropractic care to providing it

EDITOR’S NOTE: As you are reading this, I am recovering from a surgery to remove a softball-size mass not-so-lovingly nicknamed “Loretta” from my neck. Yes, my neck. And, yes, a softball. While the na by Danielle Dupree | January 13, 2022 at 4:00 a.m. 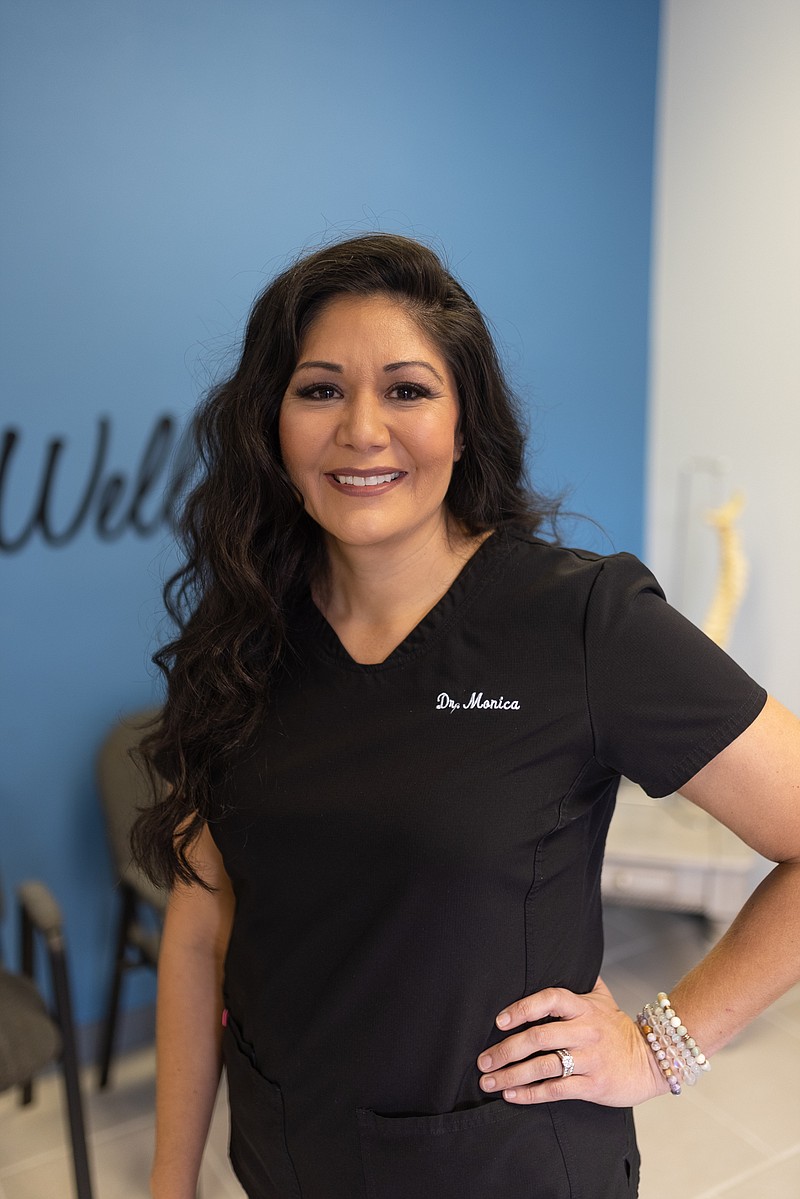 Fifteen-year-old Monica Valdez looked the oncoming driver dead in the eyes moments before an impact that would set her on a path filled with failed physical therapy, painkillers and -- eventually -- a passion for chiropractic care.

"Looking back, I don't think the seed was necessarily planted then, but it had to have been, " said Texarkana-based chiropractor Monica Valdez-Trevino, D.C. -- known as "Dr. Monica" to her patients.

She and her best friend were turning into the mall in Lewisville, Texas, when they were struck that day in 1996.

"We were in a little Honda Civic. The impact was on my side. I went this way, my shoulder went that way and my best friend's arm flew up and punched me in the face," Dr. Monica said.

"I remember thinking, 'My eye just got blown out,' because it was instant pain."

At the emergency room, the doctor said she would have been better off if she'd broken something. "My pelvis was ... I was in so much pain," Dr. Monica said.

"I had gone months taking Vicodin and going to [physical therapy] but I wasn't getting better."

It wasn't working. "I couldn't run. My hips hurt. And I was just in this cycle. I couldn't even run a mile."

Growing frustration and a lack of refills prompted a new course of action for the student athlete.

A family friend suggested a visit to her chiropractor.

"I was like, 'I don't even know what that is.' I was a teenager. I had no clue. I just wanted to be better because I wanted to play sports."

"The chiropractor took X-rays of me and -- again -- I still didn't really know what was going on."

"He drew some lines on this picture and said this is your problem. He was an old Gonstead doctor." Gonstead is one of the original chiropractic techniques.

"He laid you on a bench and adjusted you. Literally, it was a bench that had carpet over it. ... There was nothing fancy," she said.

"When I look back on it, I think this is exactly how it should have been. You can picture it, this old dude holding his form like he's about to adjust the rest of your life."

And that he did.

"He sets up on me and pushes down on my low back and it just (insert satisfying cracking sound here). And I thought, 'Oh, my gosh. This is amazing.'

"I walked out of there feeling like a million dollars."

When she asked when she could come back, the doctor replied, "You don't need to come back."

"And I didn't. It literally took two adjustments."

Though her early experiences may have laid the groundwork for a career as a chiropractor, it would be years before that became a reality.

"After high school, I started working for a chiropractor. I was a massage therapist," Dr. Monica said.

"Honestly, I've always been told, 'Just sit there and be pretty. You'll never be anything other than that.' And so that, I think, was a lot of my fear of going to chiropractic school. Subconsciously."

Gender, at the time, was also a factor.

"I had never heard of female chiropractors. We were massage therapists," Dr. Monica said.

Her boss of nearly 13 years and Texarkana native Dr. Dave Tuck, however, knew better. But it would take a scheduling mix-up involving continuing education courses for Dr. Monica to "see the light."

"I went to Parker (University in Dallas). I thought I had signed up to get my massage therapy CEs done. And I show up and there's all these students there. We're at these big round tables and I'm like ... 'Man, they really did a nice job for the massage students.' ... I had no idea.

"Dr. Fabrizio Mancini (then-university president) is standing up there giving his speech. And I'm sitting at the back. And it was like all of a sudden I really felt like this light came down on me. And I swear the man was speaking to my soul. I swear he was saying, 'You,''' Dr. Monica said, pointing her finger.

It had finally clicked. Or -- perhaps more appropriately-- popped.

"When I left Parker after that whole 'light bulb moment,' I was literally like, 'Y'all, here are my transcripts. Y'all aren't going to want me. It's all good."

Spoiler alert: They wanted her.

"A week later I got my acceptance letter and I was like, 'What am I going to do now?'"

It was at this time that Dr. Tuck shared his insight.

After graduation, Dr. Monica was going to work for Dr. Tuck as an associate chiropractor, but a "lifetime opportunity" to work for Veterans Affairs came up.

"I couldn't say no to the VA. I was the first female (chiropractor) to work for the VA under Dr. Forrest Moses. It was an amazing experience. Talk about getting broke in fast -- thrown to the wolves. You know nothing about nothing. And then you go work for the VA. There were two of us and we were seeing 70 patients a day.

"And it was hard. A lot of the vets are homeless so they were coming in in all kinds of situations. It was the best learning experience ever and I would love to have the opportunity to do that here."

Here is Texarkana, by the way. Dr. Monica owns Living Well Chiropractic, a family wellness and health center on Texas Boulevard with her husband, Arron Evans. "We opened the September before COVID hit," she said.

For Dr. Monica, the idea of "living well" represents all the aspects of chiropractic care -- whether it's mental, emotional, physical or spiritual.

She said her goal is "taking care of people. In a small town. Bringing them health. Helping them thrive.

"There's so much chaos around us -- I'd like for them to come in here and it's a little bit of sanctuary -- like a little getaway," she said.

Dr. Monica sees patients throughout all walks of life and says everyone is equal within her walls.

"I want to know truly about them. I want them to know they're all the same when they come in here."

Her favorite cases are the difficult ones, she said.

"I love when a difficult patient walks in, and no one has been able to figure out [their pain] or direct them where they need to go."

"I want my patients to know they are loved and cared for. Truly. They are an extension of me." 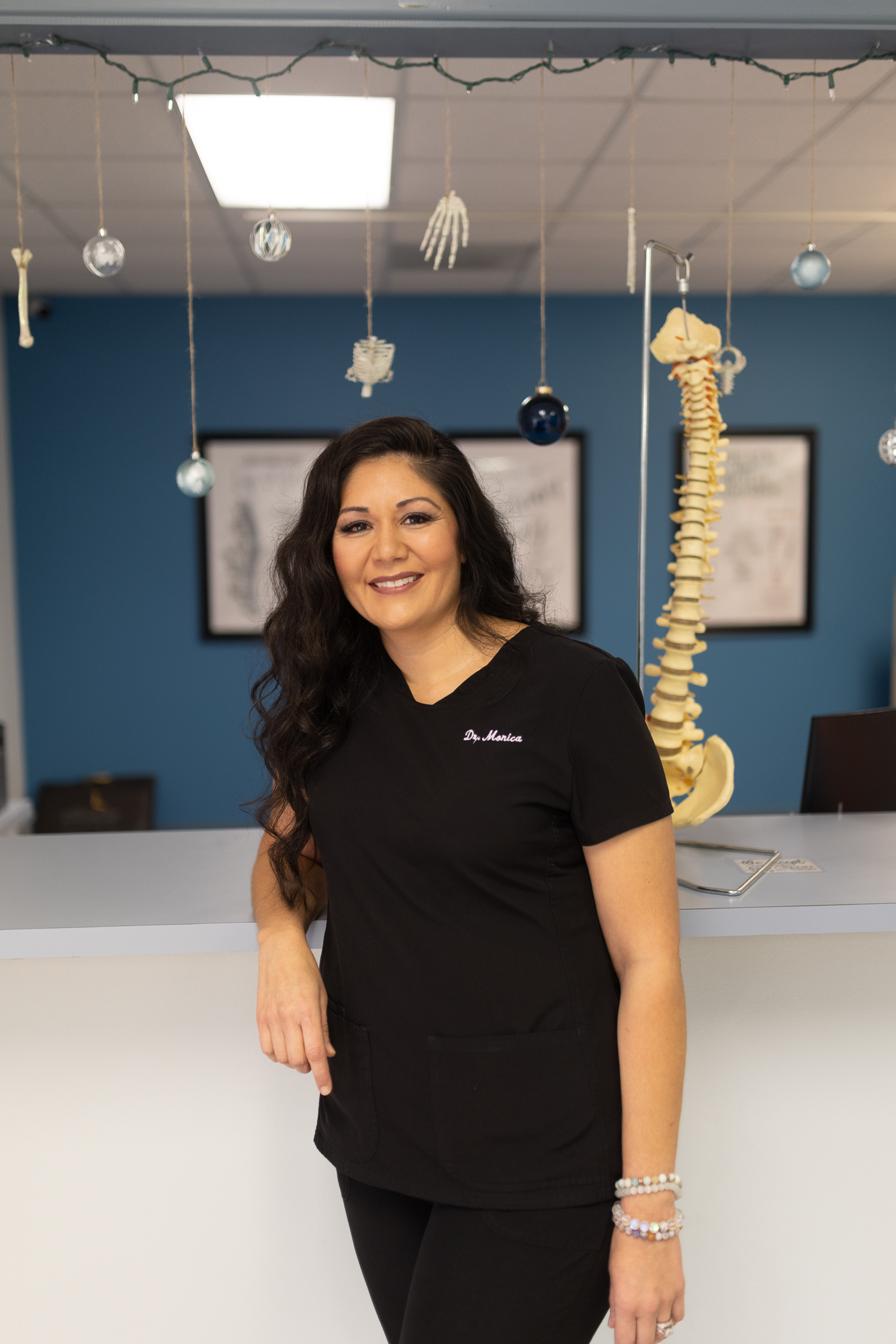 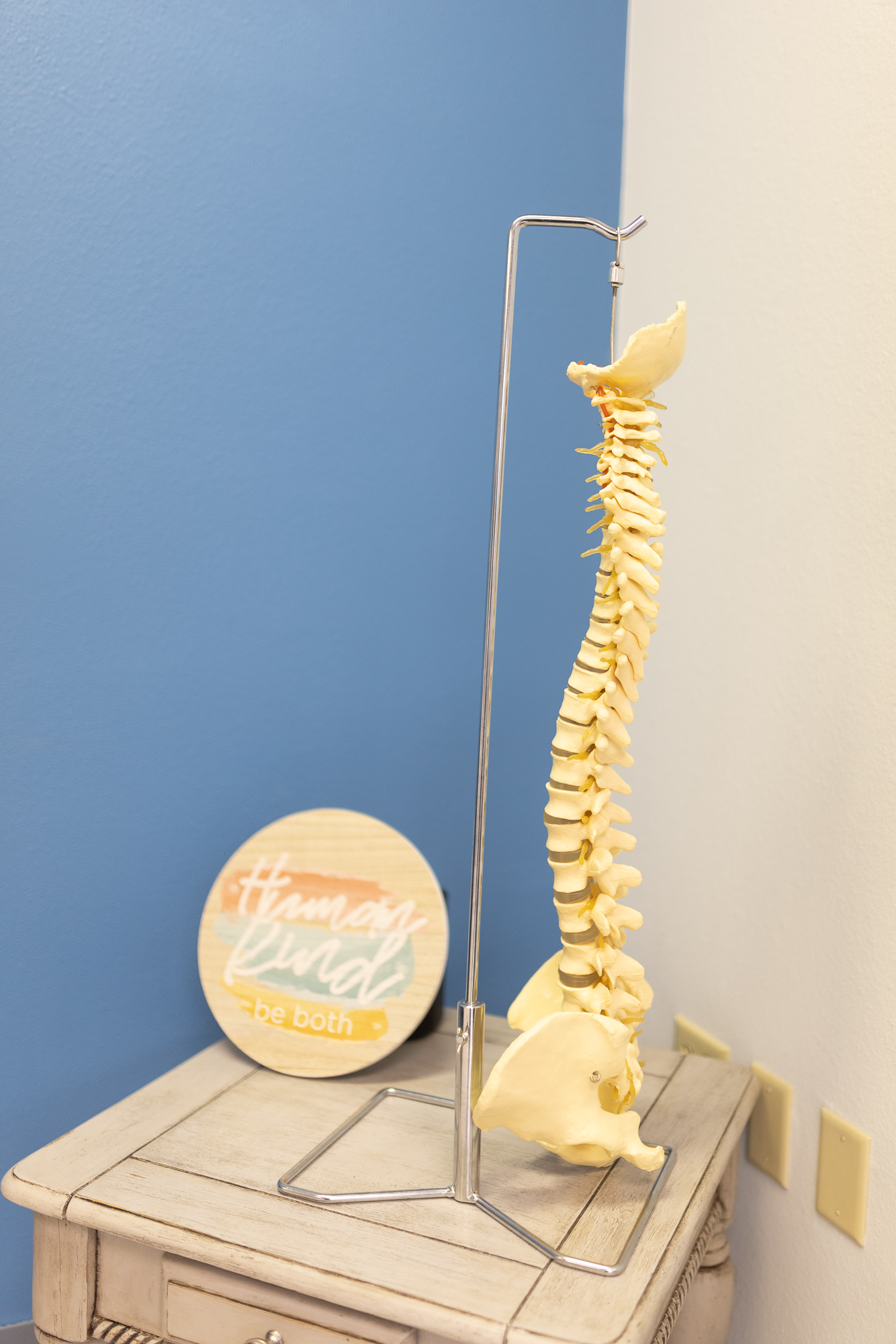 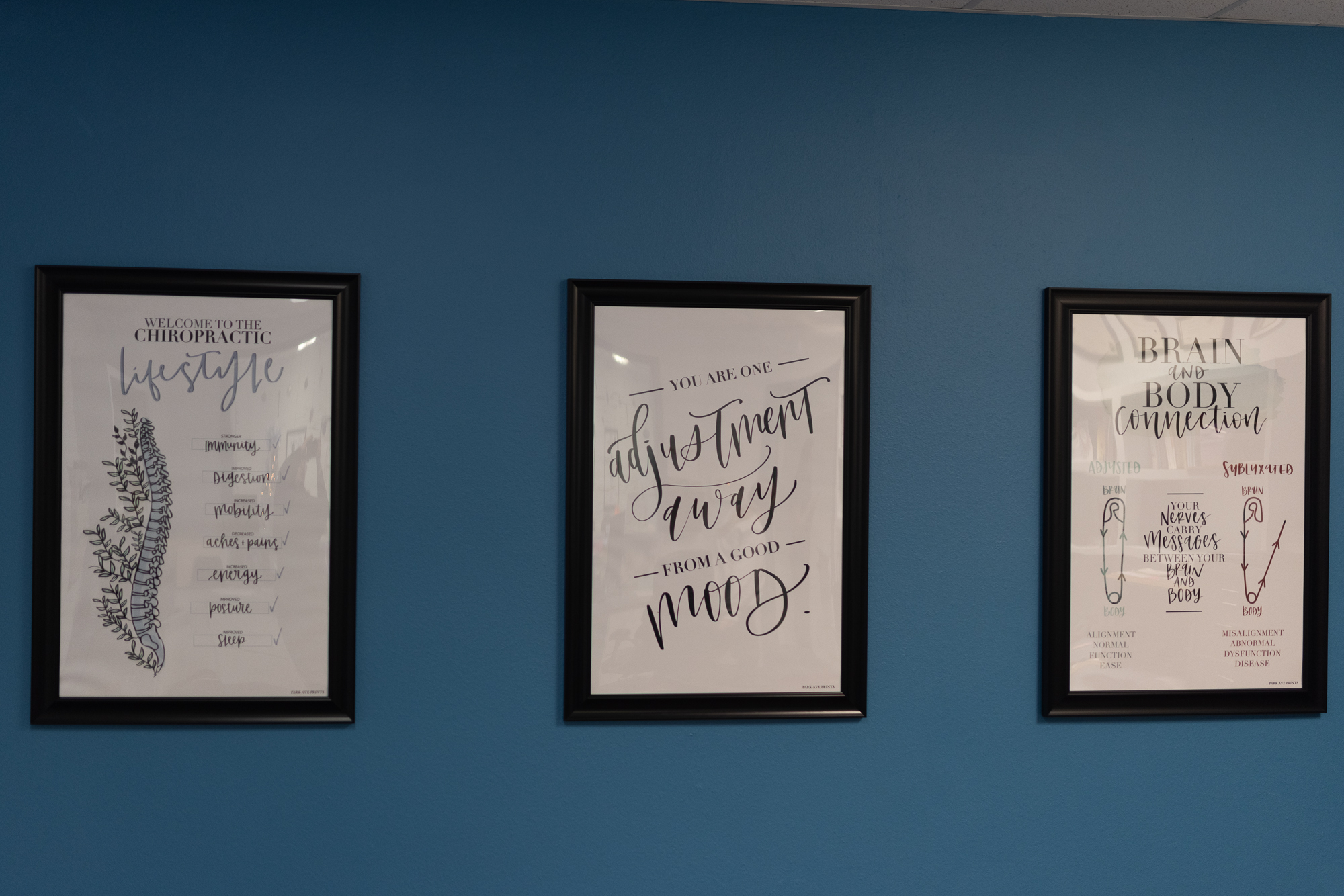