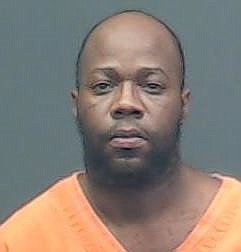 TEXARKANA, Texas -- A Texarkana man accused of dragging a woman as she attempted to escape being assaulted by him in his car has been indicted by a Bowie County grand jury for aggravated assault.

Carlos Romeo Craig, 37, was recently indicted in connection with an alleged assault the afternoon of July 11, 2020, in Texarkana, Texas. In an interview at a local hospital that day, the alleged victim reportedly had difficulty communicating with officers "due to her condition," according to a probable cause affidavit.

The woman reported that she and Craig were driving to an apartment in the 3700 block of Magnolia in Texarkana, Texas, when Craig began hitting her repeatedly in the face. The woman said she was desperate when she tried to jump from the car but Craig was able to grab her and pull her back inside, continuing the assault.

The woman reported she attempted to leap from the car again but Craig grabbed her.

"Craig ended up running over her right foot while dragging her underneath the vehicle because he refused to stop, causing pain," the affidavit states.

According to the affidavit, Craig is accused of using a 2006 white Hyundai as a deadly weapon.

He is currently being held in the Bowie County jail with bail set at $100,000.

Records show Craig is also being held via a hold by Arkansas parole officials. According to records in Miller County, Arkansas, Craig was sentenced to a 20-year prison time in 2014 for battery involving a former girlfriend. A kidnapping charge was dismissed at sentencing as part of a plea bargain.