Chiefs have Kelce, Hill vs Steelers this time around 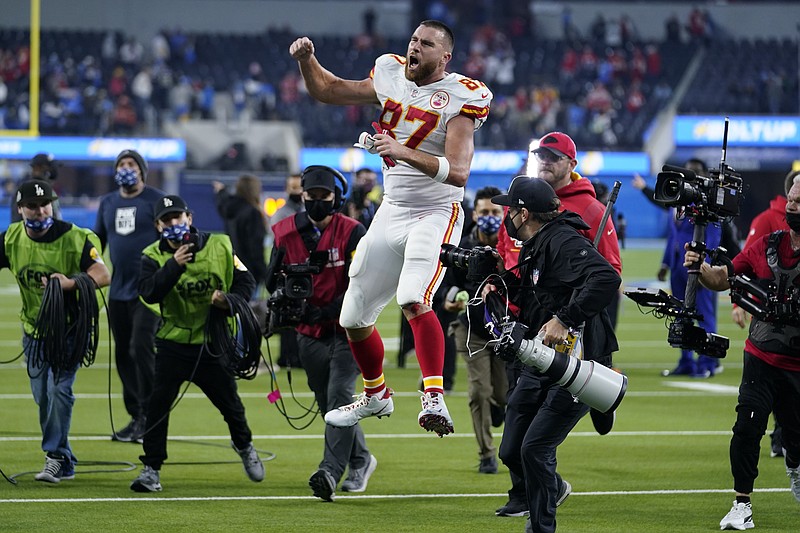 KANSAS CITY, Mo. (AP) -- The last time the Kansas City Chiefs played the Pittsburgh Steelers, their record-setting wide receiver had just recovered from COVID-19 and their star tight end was sitting at home and still dealing with the virus.

They still rolled to a 36-10 victory at Arrowhead Stadium.

Should give the Chiefs a lot of confidence for the rematch in the wild-card round of the playoffs Sunday night.

"It was a pretty frustrating time," Chiefs tight end Travis Kelce said. "I think even though I had some symptoms, it was nothing that would keep me out of the facility, and practicing and going to play in a game. It was pretty frustrating to not go out there with my guys. But once the game started, I had fun watching us go to work. We were hitting on all cylinders."

Even without Kelce on the field, and with Tyreek Hill slowed by the illness, Patrick Mahomes still threw for 258 yards and three scores. He hit nine different targets, turning Byron Pringle and Mecole Hardman into fantasy fill-in heroes.

The defense did its part, too. It pitched a first-half shutout, helping Kansas City build a 23-0 lead, and hardly faltered down the stretch. By the time the clock hit zeros, the Steelers were bumming and the Chiefs were celebrating.

Now, they have to figure out a way to slow down the same team with two of the league's best at nearly full speed.

"I think they're probably better equipped to answer in terms of the impact of the presence of those guys and what they mean," Steelers coach Mike Tomlin said. "Obviously, we have a bunch of tape to look at and we respect what they're capable of, their talents and how they utilize their talents."

Kelce just might be the best tight end in history once he gets the ball in his hands. He's not the fastest player, or the most athletic, but he has an uncanny ability to find the open field and turn a short gain into a big one. He had 92 catches for 1,125 yards, and 564 of those yards came after the catch -- the seventh-best total in the NFL this year.

Even though he missed the Pittsburgh game in December, Kelce still eclipsed 1,000 yards for a sixth straight year.

"There's a lot of teams that won't be out there this week, and it's a blessing," Kelce said. "It's a blessing to be here in Kansas City and have the success that we've had over my entire nine years in the league, and I just try to take advantage of those opportunities because not everybody gets them."

Kelce's feeling so blessed these days that he just laughed off the fact that Hill, whom he described as "one of my favorite teammates ever," broke his franchise record for receptions with 111 this season.

"That one is supposed to belong to a wide receiver," Kelce said.

Only two of Hill's catches came against the Steelers, though, when he was noticeably slowed by the effects of COVID-19. He mostly served as a decoy, which freed up the rest of the Kansas City wide receivers to run wild.

That won't be the case on Sunday night.

"He's a special player. He makes the defense account for everybody," Mahomes said. "To have his speed on the field, it makes defenses play different coverages. They know they can't put him in man-to-man situations because of how talented he is."

Even though they didn't see Kelce or Hill in December, the Steelers are intimately familiar with them. They need only look back to their game in Pittsburgh in 2018, when Kelce caught seven passes for 102 yards and a touchdown and Hill reeled in five for 90 yards and another score; Mahomes wound up with six TD passes in a 42-37 victory.

Notes: RB Clyde Edwards-Helaire (shoulder) did not practice Thursday. He worked on a limited basis Wednesday. ... One of the problems the last two weeks of the regular season for Kansas City was missed tackles, and it's something defensive coordinator Steve Spagnuolo addressed this week. "We want to play better than we did the last two games. I think we'd all agree with that," Spagnuolo said. "What we're faced with is no margin for error. That's the first thing we talked about." 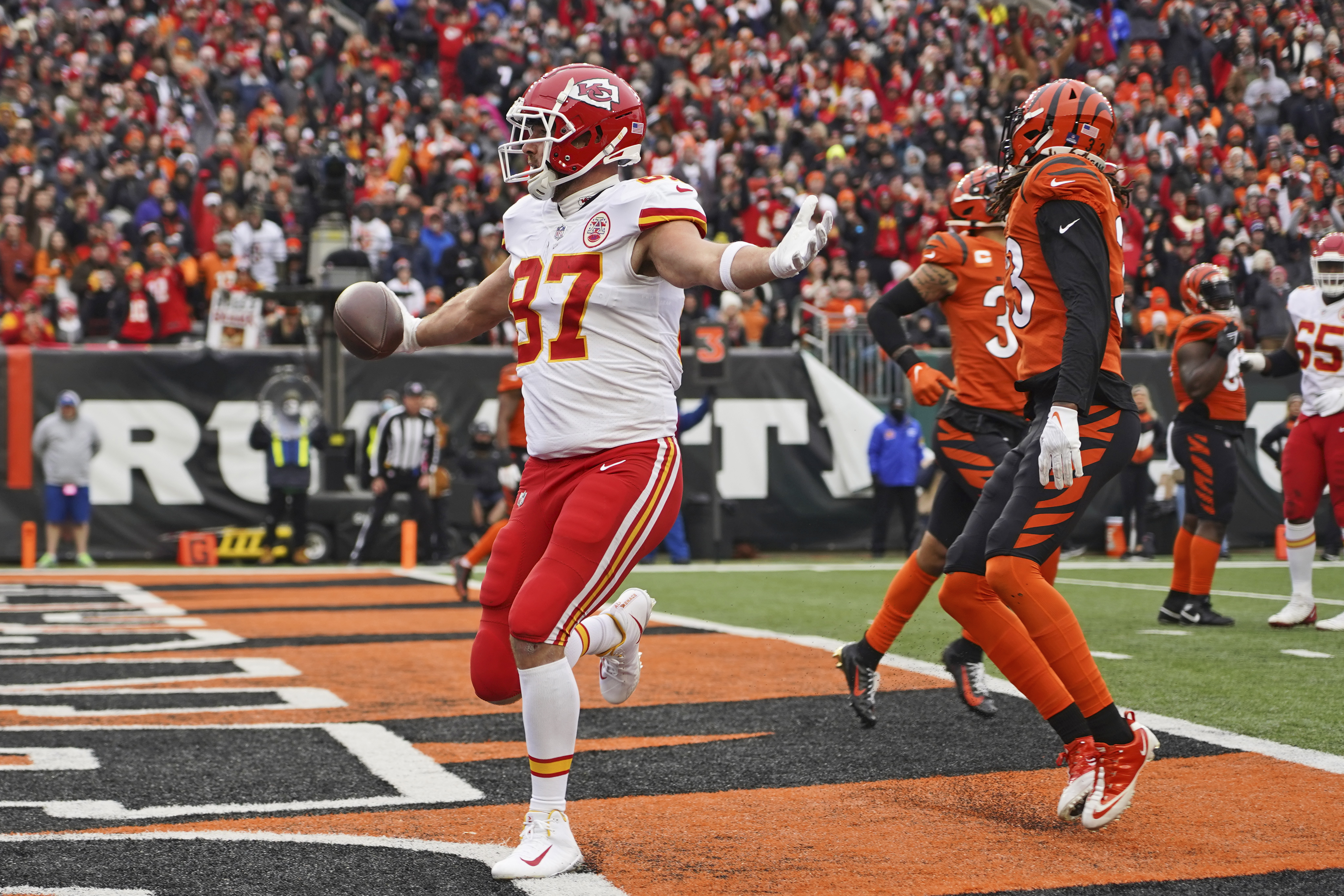 Kansas City Chiefs tight end Travis Kelce (87) celebrates after a 9-yard touchdown during the first half of an NFL football game against the Cincinnati Bengals, Sunday, Jan. 2, 2022, in Cincinnati. (AP Photo/Jeff Dean) 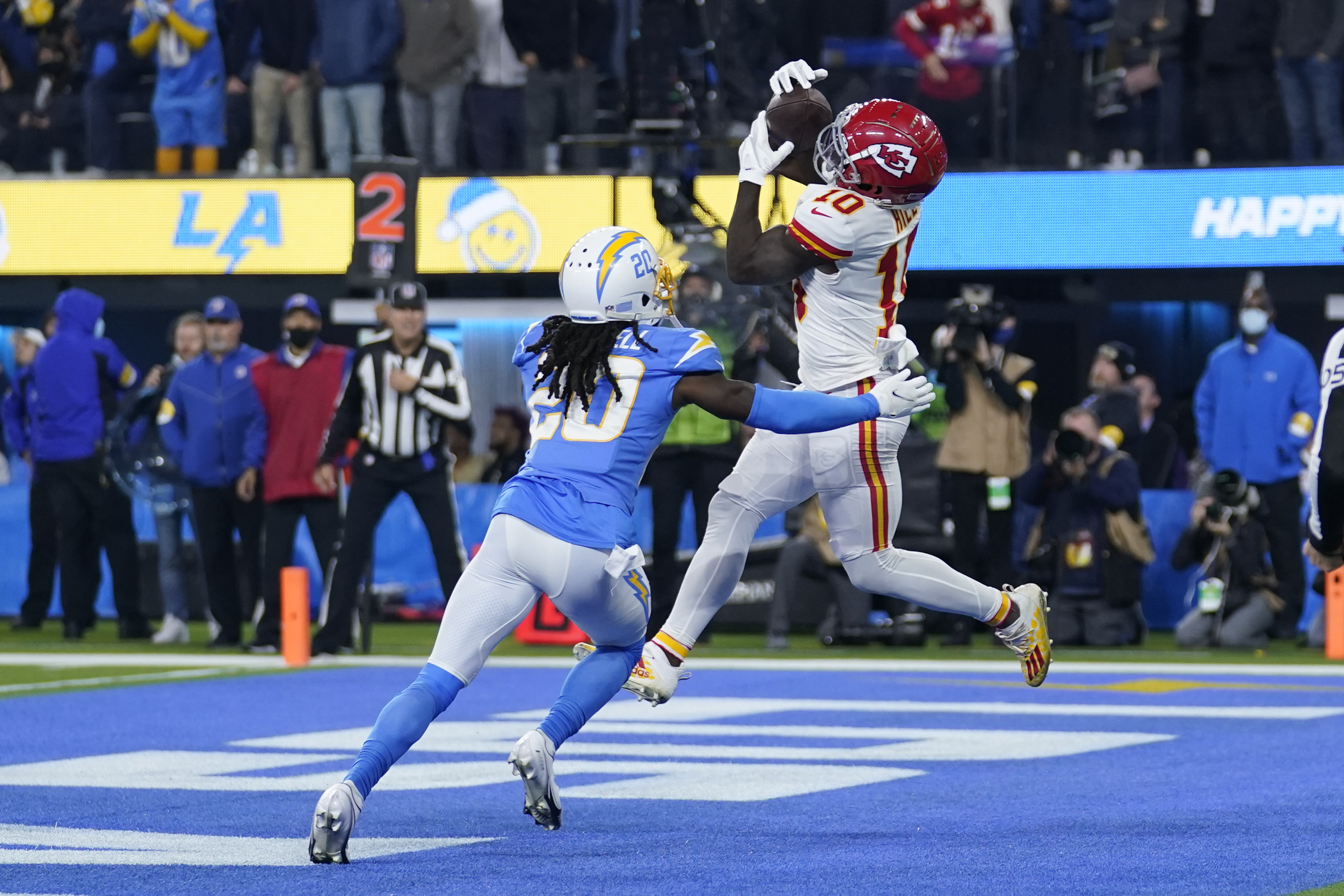 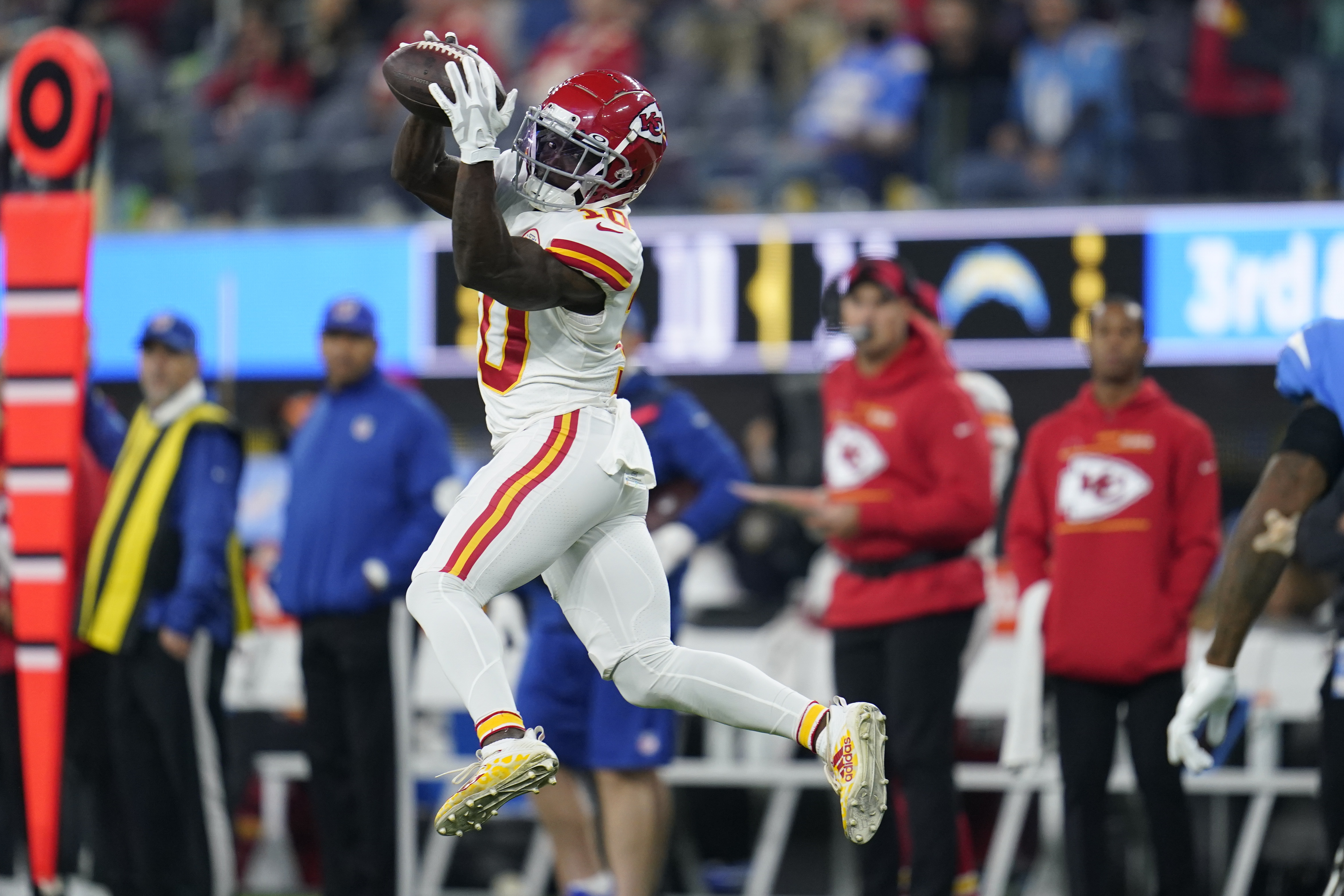 Print Headline: Chiefs have Kelce, Hill vs Steelers this time around