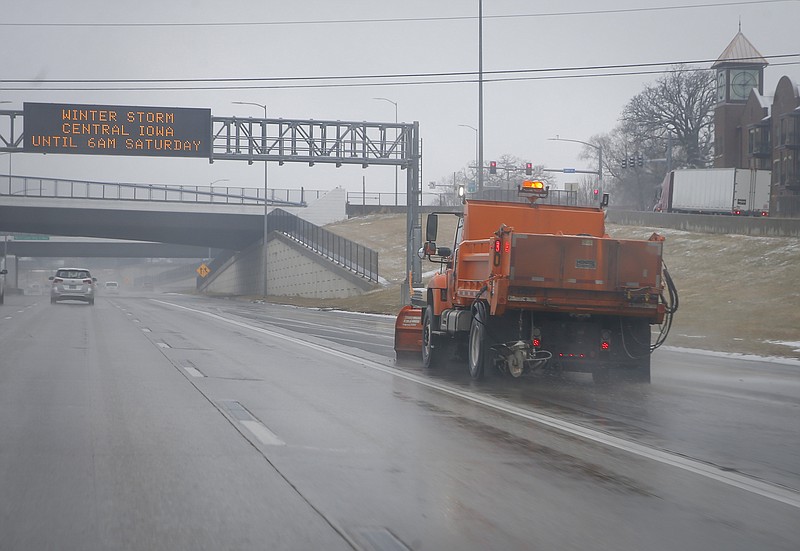 MINNEAPOLIS -- Heavy snow spread Friday across a large swath of the Midwest, where travel conditions deteriorated and scores of schools closed or moved to online instruction.

The National Weather Service issued a winter storm warning for parts of Minnesota, the Dakotas, Iowa and Illinois, where forecasters were expecting up to 10 inches (24 centimeters) of fresh snow.

"This snow will combine with gusty winds to produce slippery, snow covered roads and significantly reduced visibility," the Weather Service said on Twitter. "Travel will likely become hazardous to dangerous at times."

The fast-moving storm may make travel difficult across parts of the Northern Plains and Upper Midwest into the Mid-Mississippi Valley through Saturday morning, forecasters said.

Several southern states along with portions of the Northeast were bracing for the possibility of snow and ice over the weekend.

"The duration of snowfall is likely to be from 14 to 20 hours in most locations, which should allow for widespread accumulation of over 4 inches and some locations exceeding 8 or more inches," the weather service in Des Moines said.

Motorists traveling on Interstate 94 near Bismarck and Mandan, North Dakota, reported that the road had packed ice and snow, with driving speeds Friday morning down to about 45 mph (72 kph) or slower. 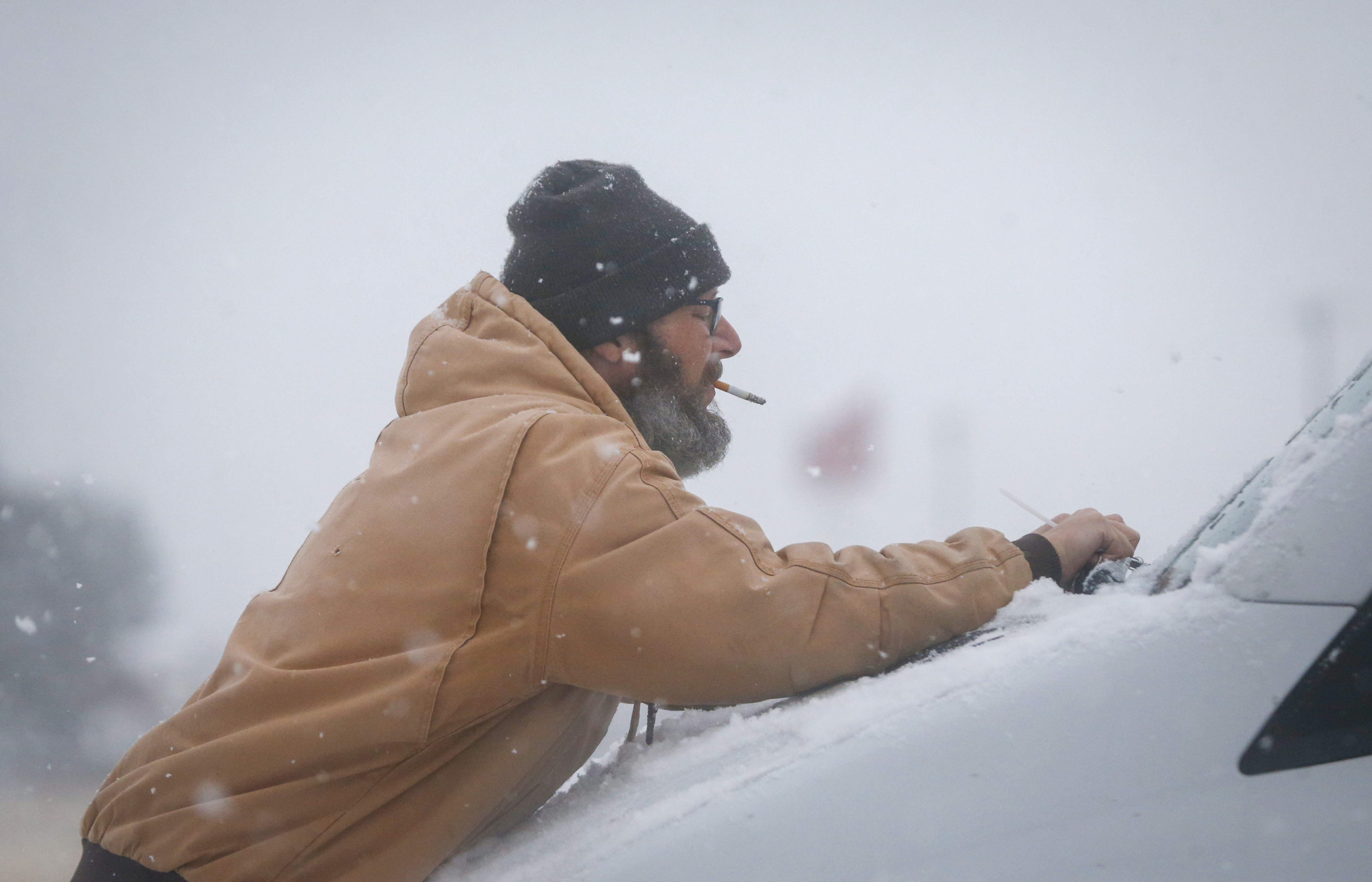 Joe Strand of Le Sueur, Minn., cleans the windshield wipers of his van in a hotel parking lot in Altoona, Iowa, as snow falls around him during a winter storm on Friday, Jan. 14, 2022. (Bryon Houlgrave/The Des Moines Register via AP)