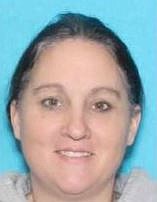 TEXARKANA, Arkansas -- A New Boston, Texas, woman pleaded guilty Friday to misdemeanor battery and other charges connected to the assault of a hostess at a downtown Texarkana eatery last year.

Marks said the victim approved of the plea arrangement.

Holt snatched a cell phone from the hands of the victim, a hostess at Zapata's Mexican Grill and Cantina, the evening of Aug. 21, according to a probable cause affidavit. The hostess was using the phone to record an unruly customer who was "going off" on another Zapata's hostess when Holt violently grabbed it from the victim's hand.

Holt was among a group of people who came to the restaurant with a 7:30 p.m. reservation for a table for 20. After about 20 minutes of waiting, a woman dressed in yellow approached the victim's co-hostess and became so verbally confrontational that the victim called her manager over, pulled out her cell phone and started recording.

The victim reported that she'd been recording about ten seconds when Holt approached her from behind, snatched the phone and shoved her hard. Holt pulled the hostess' hair and punched her in the face multiple times.

"All I could do was try to cover my face at that point," the affidavit states.

The victim reported that she knew the attack had ended when someone hugged her and told her she was okay. Several women wiped blood from the victim's clothes, face, arms, legs and feet. The victim's phone was returned to her while she was in the restaurant's bathroom tending to her wounds after the assault.

A video of the assault was posted to social media and a warrant for Holt's arrest was acquired by Texarkana, Arkansas, police in September. Holt was represented in court by Texarkana lawyer John Pickett.