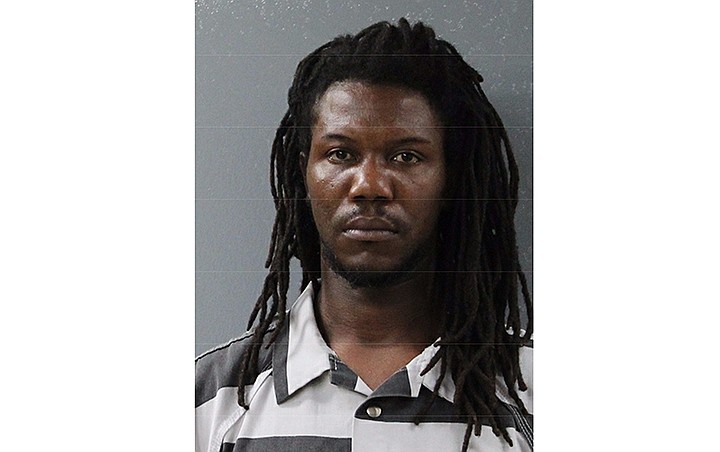 Damien O'Keith Lawson Sr., 26, was inside a white passenger car parked on the side of Club Lake Road in Linden the night of Dec. 30, 2020, according to information provided by Cass County District Attorney Courtney Shelton. Department of Public Safety Trooper Daniel Britton was on routine patrol when he spotted the car and noted it had front end damage and mud on the rear.

Concerned the car might have been involved in an accident, Britton took a closer look. As he approached, Britton saw an adult male who wasn't wearing pants or underwear move from the back to the front of the car.

An obviously underage girl was in the back seat attempting to hide her face. Suspecting Lawson had been engaged in illegal sexual contact with the child, Britton contacted Texas Ranger Josh Mason, who took over the investigation.

Lawson allegedly told Mason that he had engaged in sexual contact with the girl, to whom he is related, multiple times over an eight-month period and admitted that he had traveled down Club Lake Road that night, "with bad intentions." Shelton said the victim testified that she was molested many times beginning when she was 11.

Lawson pleaded guilty Jan. 12 to continuous sexual abuse of a child earlier at a hearing before 5th District Judge Bill Miller in Cass County. This week a jury heard testimony and viewed evidence meant to help them determine the punishment Lawson should receive in the range of 25 to 99 years or life.

Shelton said that Carly Rhyne, a therapist at the Texarkana Children's Advocacy Center, testified that the victim believed Lawson's physical attention meant he loved her. Rhyne emphasized that a child cannot consent to sex with an adult.

"This case was a unique one, where the child had literally been brainwashed by the defendant to believe she was 'consenting' to the sexual acts," Shelton said. "It has taken months of therapy for her to realize that his behavior was wrong and reprehensible. Hopefully, with Damien Lawson out of her life and a supportive family, this child will be able to resume a normal childhood. I am grateful to the Texas Department of Public Safety, Texas Rangers, Cass County Sheriff's Office and the Texarkana Children's Advocacy Center for their assistance in this case. Because of their support, another sex offender is behind bars for good.

There is no possibility for parole from any sentence imposed for continuous sexual abuse of a child. Lawson must serve every day of his 99-year term.