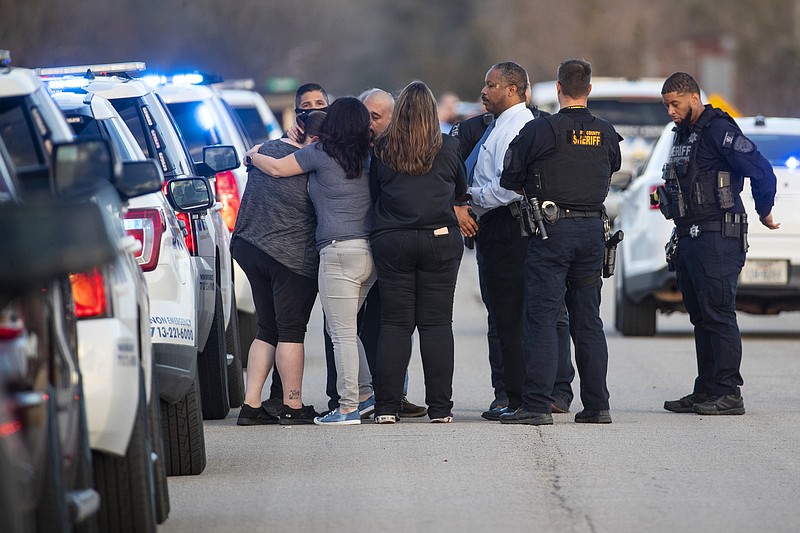 Sheriff's deputies investigate the scene where the bodies of three teenagers were found dead inside of a home, Tuesday, Jan. 18, 2022, in Crosby, Texas, about 25 miles northeast of Houston. (Brett Coomer/Houston Chronicle via AP)

HOUSTON -- A 15-year-old boy fatally shot his 17-year-old sister and another teenage girl at a home near Houston this week before killing himself, authorities said.

Their bodies were found Tuesday in the home in rural area near Crosby, a community about 25 miles northeast of Houston.