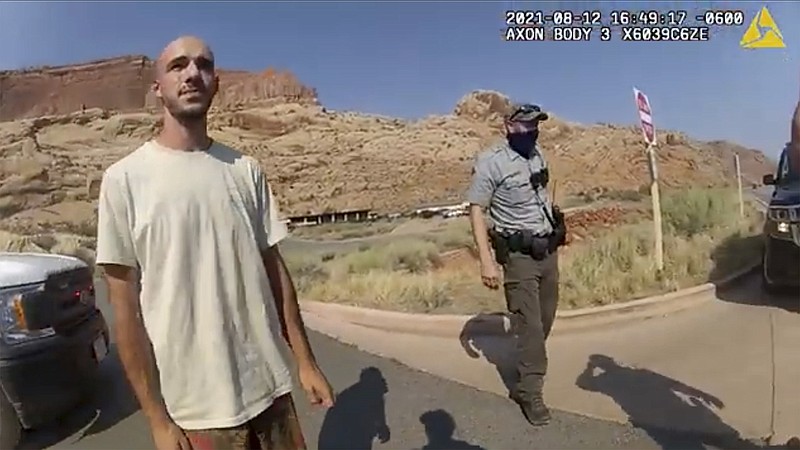 FILE - This Aug. 12, 2021, file photo from video provided by the Moab, Utah, Police Department shows Brian Laundrie talking to a police officer after police pulled over the van he was traveling in with his girlfriend, Gabrielle &quot;Gabby&quot; Petito, near the entrance to Arches National Park in Utah. Laundrie, the boyfriend of slain cross-country traveler Gabby Petito, took responsibility for killing her in a notebook discovered near his body in a Florida swamp, the FBI announced Friday, Jan. 21, 2022. (The Moab Police Department via AP, File)

FORT COLLINS, Colo. -- The boyfriend of slain cross-country traveler Gabby Petito admitted killing her in a notebook discovered near his body in a Florida swamp, the FBI announced Friday.

It was the first time authorities squarely pinned the blame for Petito's death on Brian Laundrie, though he was the prime suspect all along.

Investigators meanwhile announced that Laundrie, 23, had sent text messages to intentionally deceive people that Petito, 22, was still alive after he beat and strangled her in late August, according to a statement released by the FBI in Denver.

"All logical investigative steps have been concluded in this case," FBI Denver Division Special Agent in Charge Michael Schneider said in the statement. "The investigation did not identify any other individuals other than Brian Laundrie directly involved in the tragic death of Gabby Petito."

Petito's body was found Sept. 19 at a campground near Grand Teton National Park in northwestern Wyoming. A coroner determined she'd died about three weeks earlier of "blunt-force injuries to the head and neck, with manual strangulation."

Laundrie returned home to Florida in early September but went missing soon after. In October, his parents found an item belonging to him in a nature preserve near their house.

The FBI did not specify what, exactly, Laundrie had written in the notebook and in the texts he'd sent to mislead. The texts were sent between Laundrie's phone and Petito's phone, according to the statement.

"The timing and content of these messages are indicative of Mr. Laundrie attempting to deceive law enforcement by giving the impression that Ms. Petito was still alive," the statement said.

Grand Teton was the last place the couple visited during a cross-country van trip last summer that ended with Laundrie mysteriously returning home alone in the vehicle. Laundrie and Petito grew up on Long Island, New York, but were living in Florida in recent years.

The couple documented their trip on Instagram. They crossed Colorado and on Aug. 12 were stopped by police near Moab, Utah, after the two got into a scuffle.

Police video showed Petito describing a fight that escalated. Police concluded Petito was the aggressor but officers decided to separate them for the night rather than file charges.

An independent report released last week faulted Utah police for not issuing a domestic violence citation to Petito after she told police she had hit Laundrie first. The report also pointed to indications Petito was likely a victim in their overall relationship and faulted investigators for not taking a statement from a 911 caller who reported seeing the couple outside their van and a man slapping a girl.

The ultimately tragic search for Petito drew worldwide attention, sparking social media sleuthing, discussions about dating violence and shining a light on the disproportionate coverage of missing white women in the U.S. compared to other missing persons.

Attorneys for the Petito and Laundrie families did not immediately respond Friday to emails and text messages seeking comment about the FBI's conclusions. 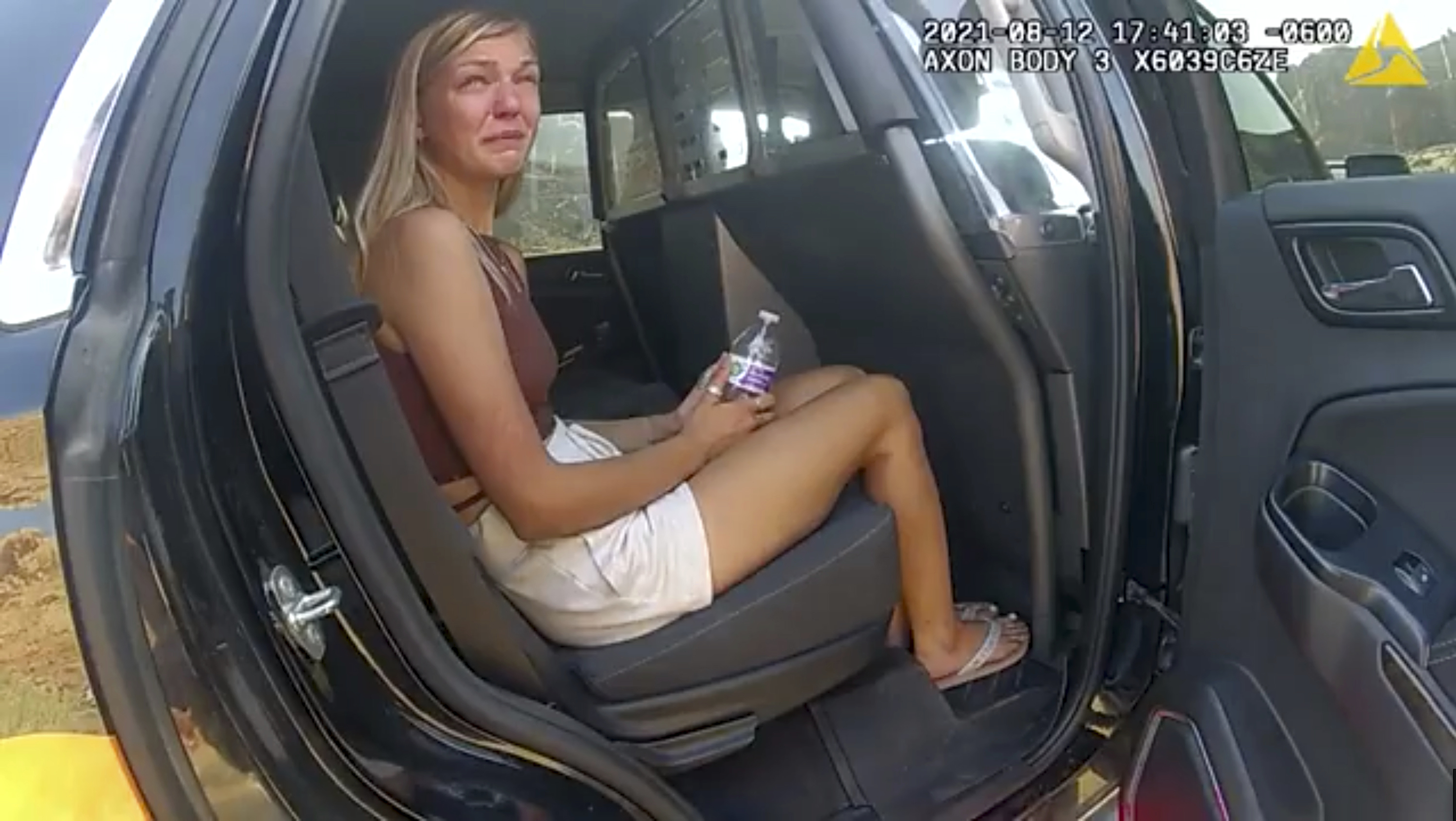 FILE - This police camera video provided by The Moab Police Department shows Gabrielle "Gabby" Petito talking to a police officer after police pulled over the van she was traveling in with her boyfriend, Brian Laundrie, near the entrance to Arches National Park on Aug. 12, 2021. Laundrie, the boyfriend of slain cross-country traveler Petito, took responsibility for killing her in a notebook discovered near his body in a Florida swamp, the FBI announced Friday, Jan. 21, 2022. (The Moab Police Department via AP, File)