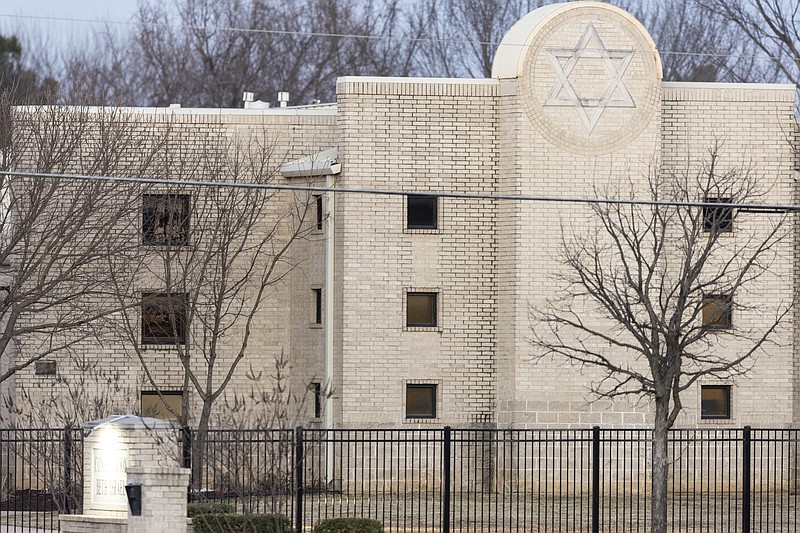 On the eve of her 100th birthday Saturday, Ruth Salton told her daughter she was going one way or another to Friday night Shabbat services at Congregation Beth Israel, just days after a gunman voicing antisemitic conspiracy theories held four worshippers hostage for 10 hours at the Fort Worth-area synagogue.

"I want to support my people," said Salton, a Holocaust survivor. She said she told her daughter "if she doesn't take me, I'll go by myself, because I feel I belong there. I am Jewish, and this is my faith, and I am supporting it."

At synagogues around the U.S., Jewish leaders marked the first Sabbath since last weekend's hostage-taking at Beth Israel in Colleyville, Texas, with a show of defiance against it and other acts of antisemitism. Many called for a strong turnout to show unity among the faithful, and rabbis, public officials and others spoke out during the Friday night and Saturday services against acts of violence, hatred and intimidation aimed at Jews.

At Beth Israel's service Saturday, Rabbi Charlie Cytron-Walker and the three other people who were taken hostage last weekend stood in front of the congregation, linking arms as they sang the ritual blessings before and after the weekly reading of the Torah.

And at Friday night services marking the start of the Sabbath, or Shabbat, Cytron-Walker said: "The words Shabbat Shalom, to be able to offer that to each and every one of you, those words have never, never felt so good. While we have a lot of processing to do, God willing, the worst is over ... and we can have a Shabbat of peace."

"A terrorist tried to steal Shabbat from us last week. Claiming it this week is an act of resistance," Rabbi Angela Buchdahl, of Central Synagogue in New York City, said during Friday night's service.

During the standoff, the hostage-taker forced Cytron-Walker to call Buchdahl in a bid to win Siddiqui's release, according to authorities. She then reported the call to law enforcement.

Christian and Muslim clergy joined in Central Synagogue's Friday service in a show of solidarity, linking arms and swaying with Buchdahl and Mayor Eric Adams as the congregation sang a song of thanksgiving.

"Once again, we are facing the terror of all of the things that are happening in our city and country," Adams said, recalling how New Yorkers rebounded after the Sept. 11 attacks. "In New York, this is our obligation: to get up again to make sure that people know that we are resilient, we're loving, we're kind."

In Pittsburgh, Rabbi Jeffrey Myers of the Tree of Life Congregation struck a similarly defiant tone. On Oct. 27, 2018, a gunman killed 11 worshipers from three congregations meeting at Tree of Life's synagogue in what authorities said was the deadliest antisemitic hate crime in U.S. history.

"I, for one, did not survive Oct. 27 to become a professional victim for the rest of my life," Myers said, adding that the response to antisemites is to engage more deeply in Jewish practice.

"We cannot let terrorists determine our Jewishness," he said at Friday night services. "We did not let the alleged shooter at the Tree of Life do that, and we will not let the hostage taker in Texas do that."

Authorities say Malik Faisal Akram, a British national, took the four people who were at Congregation Beth Israel last Saturday hostage. He was demanding the release of Aafia Siddiqui, a Pakistani neuroscientist convicted of trying to kill U.S. troops in Afghanistan and who is serving a lengthy sentence in a prison in Fort Worth, which is 15 miles (23 kilometers) southwest of Colleyville.

The siege ended after the last hostage ran out of the synagogue and an FBI SWAT team rushed in. Akram was killed by multiple gunshot wounds. The Tarrant County Medical Examiner ruled the case a homicide, which under Texas law indicates that one person was killed by another but does not necessarily mean the killing was a crime.

Congregation Beth Israel's services this weekend were being held at another location because the investigation at the synagogue is ongoing. Attendance was limited to members. The worshipers used the same portable ark, containing its Torah scroll, that it used before the congregation had a building of its own.

Many Jewish leaders have said the hostage standoff was an example of a larger rise in antisemitic acts. The Anti-Defamation League says such incidents have reached their highest levels since it began tracking them decades ago.

Anna Eisen, Salton's daughter, said that the supportive response of local police and the FBI has made her "feel safer in my community and my country," but that it's also important to confront antisemitism.

Eisen, co-author of books about her father's Holocaust experience and her own as the daughter of Holocaust survivors, said synagogues in Nazi-controlled Europe "were attacked, and people were attacked and killed, because of the same kind of hatred" that was shown last Saturday by the hostage-taker.

Added Salton: "It's nothing new to me. I hate antisemitism. I don't understand why people feel that way about us."

At the same time, having survived the Holocaust and much else, she said she was ready to celebrate her centennial.

The Associated Press' religion coverage receives support from the Lilly Endowment through The Conversation U.S., but the AP is solely responsible for the content of its stories. 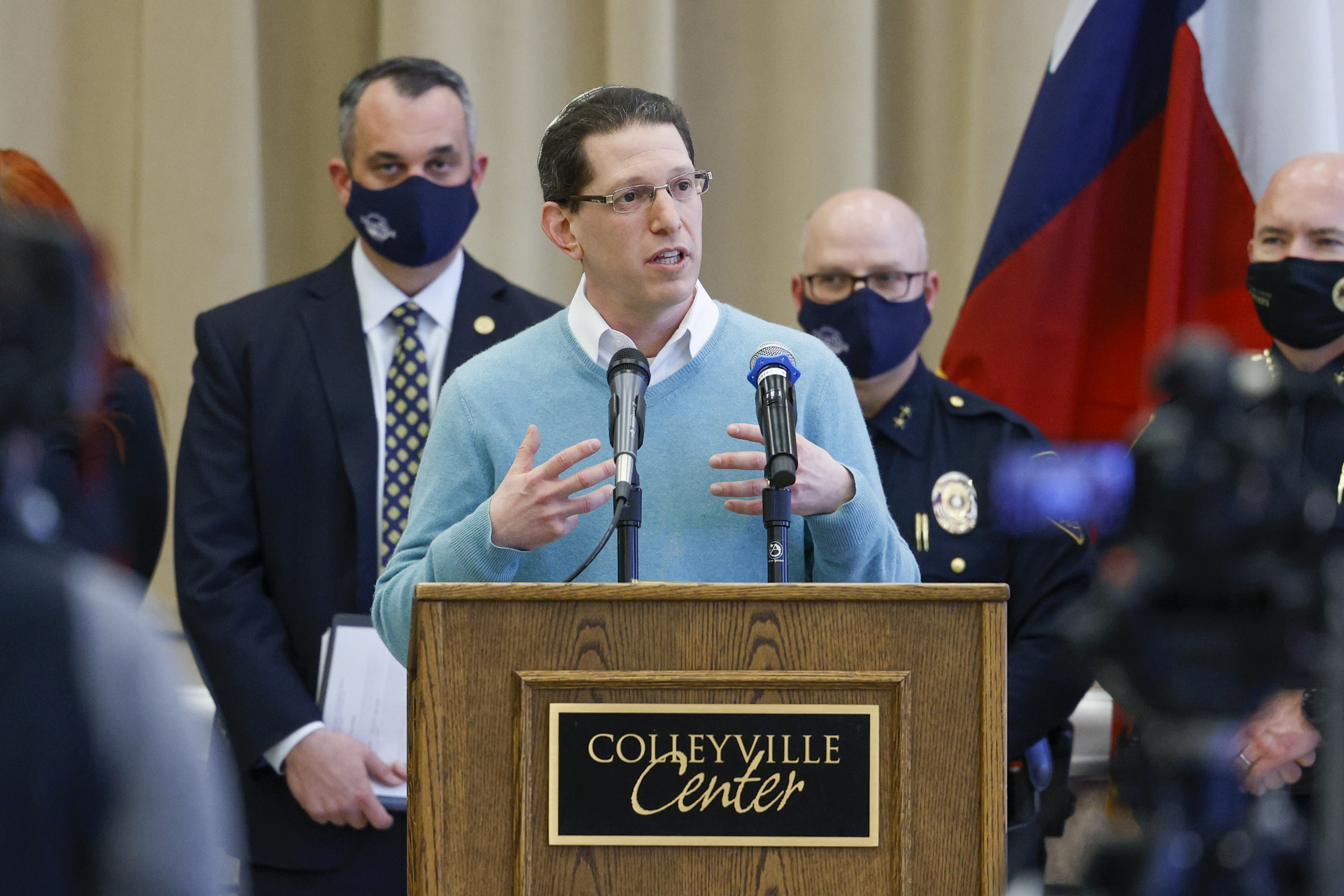 Rabbi Charlie Cytron-Walker of Congregation Beth Israel addresses reporters during a news conference at Colleyville Center on Friday, Jan. 21, 2022 in Colleyville, Texas. In the final moments of a 10-hour standoff with a gunman at a Texas synagogue, the remaining hostages and officials trying to negotiate their release took “near simultaneous plans of action,” with the hostages escaping as an FBI tactical team moved in, an official said Friday. (Elias Valverde II/The Dallas Morning News via AP) 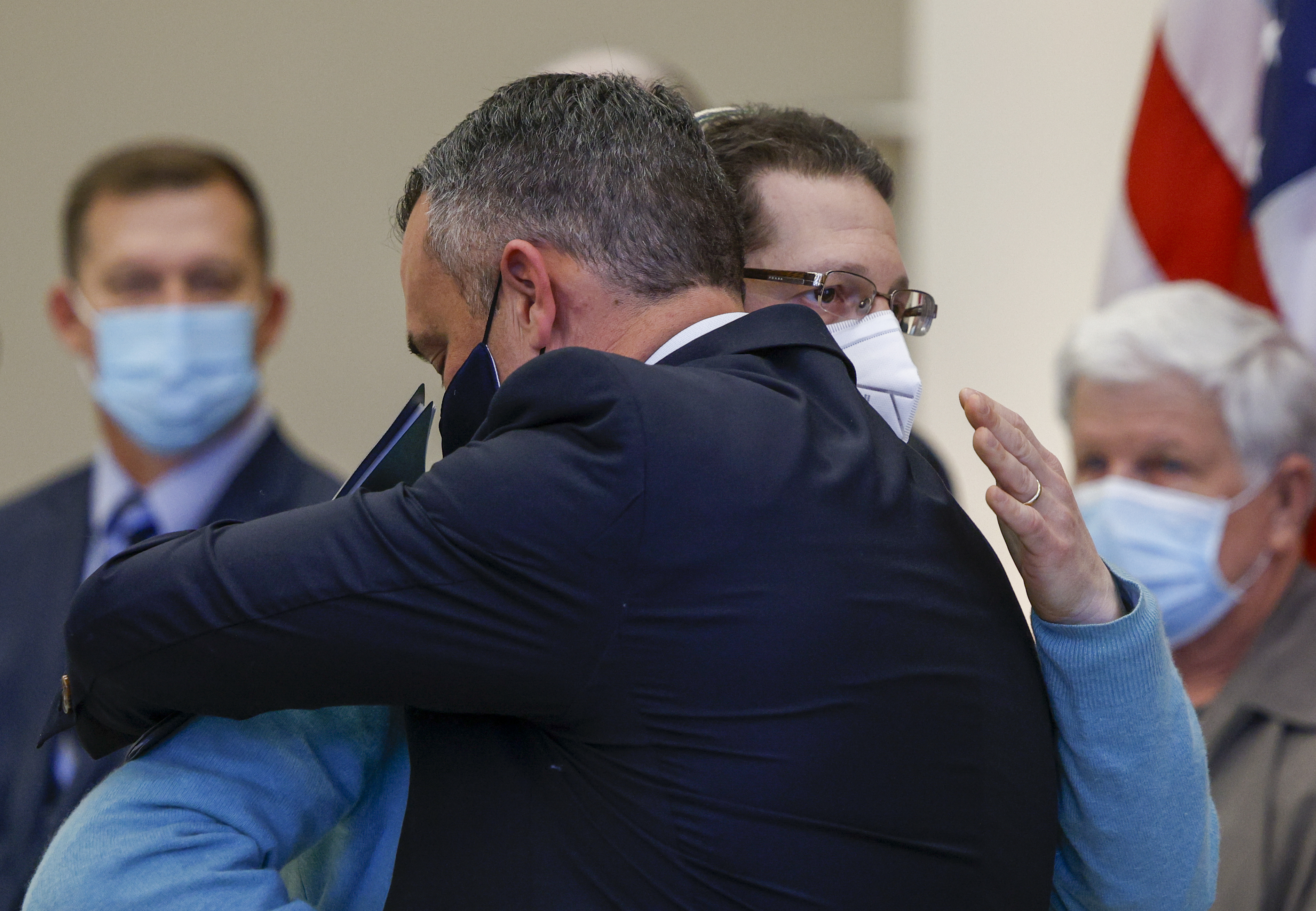 Rabbi Charlie Cytron-Walker of Congregation Beth Israel, right, embraces Matthew J. DeSarno, Special Agent in Charge of the Dallas FBI Field Office, during a news conference at Colleyville Center on Friday, Jan. 21, 2022 in Colleyville, Texas. In the final moments of a 10-hour standoff with a gunman at a Texas synagogue, the remaining hostages and officials trying to negotiate their release took “near simultaneous plans of action,” with the hostages escaping as an FBI tactical team moved in, an official said Friday. (Elias Valverde II/The Dallas Morning News via AP)