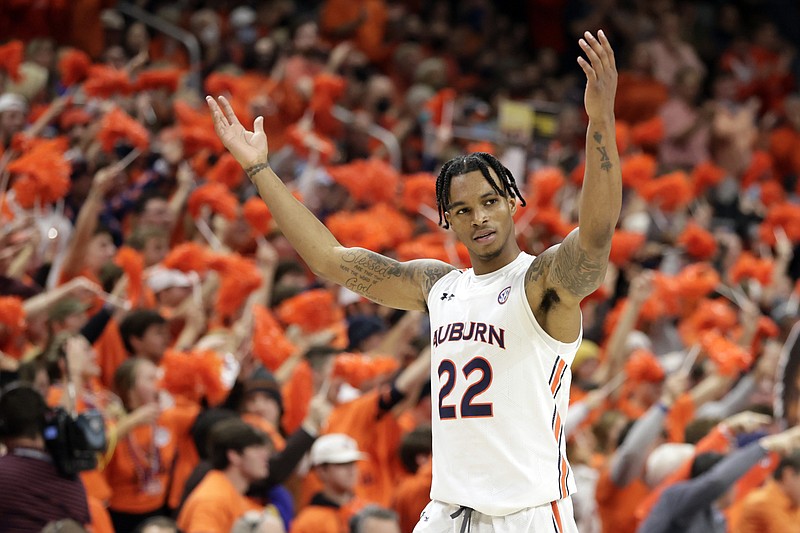 Auburn guard Allen Flanigan (22) reacts after a score during the second half of an NCAA college basketball game against Kentucky Saturday, Jan. 22, 2022, in Auburn, Ala. (AP Photo/Butch Dill)

KNOXVILLE, Tenn.-- Even before the opening tip Saturday night, players and staff from No. 13 LSU and No. 24 Tennessee were chirping at each other.

After the Volunteers' 64-50 victory, nobody said for sure exactly what the teams were at odds over, but Tennessee players were adamant that it had an impact.

Santiago Vescovi, who led the Vols (13-5, 4-3 Southeastern Conference) with 16 points, said the interaction played a role in them jumping to a 14-0 lead more than 6 minutes into the game and leading wire-to-wire for the victory.

"That (pre-game emotion) definitely set the tone," said Vescovi. "It helped us get started."

Tennessee coach Rick Barnes said he didn't know exactly what transpired in the confusion at the beginning. But he liked how his team responded.

Vescovi had two 3-pointers in that initial burst and had 5 of 11 for the game. He had six rebounds and five assists to add to his production. Barnes also credited him with keeping the Vols from getting flustered whenever the Tigers (15-4, 3-4) made a run. Teams are playing him in a more physical manner.

"(Vescovi) was the one who kept everyone organized," Barnes said. "If we continue to be organized, we'll be fine on the offensive end."

"(The physicality) is just part of the game," said Vescovi. "The key is to not let it affect your game. It just makes me want to play harder."

LSU closed the gap a few times but could never scale the mountain. The Tigers trailed 29-24 at halftime, but an 8-2 Tennessee run to start the second half gave the Vols more breathing room.

DURHAM, N.C. -- AJ Griffin hit five 3-pointers -- the most by a Duke player this season -- as the sixth-ranked Blue Devils bolted to an early lead and never trailed.

Griffin was one of four players for Duke (15-3, 5-2 Atlantic Coast Conference) with 15 points, joining Paolo Banchero, Wendell Moore Jr. and Mark Williams. Banchero had 13 rebounds for his fourth double-double of the season. Joey Baker added 11 points and Jeremy Roach dished out a career-high nine assists for Duke.

Agbaji's shot gave Kansas its first lead since early in the first half. He finished with 29 points.

Kansas made just 15 of 22 free throws in the second half but was saved by a 45-23 rebounding advantage.

HOUSTON -- Kyler Edwards had 25 points, eight rebounds and seven assists as No. 10 Houston won its ninth game in a row and 36thth straight at home.

Edwards scored 17 first-half points as the Cougars (17-2, 6-0 American) built a 44-14 halftime lead. Edwards, who finished with six 3-pointers, has scored at least 23 points in each of the last three games and made at least six 3-pointers. Josh Carlton added 14 points and nine rebounds for Houston.

WASHINGTON -- Collin Gillespie scored 28 points and Justin Moore added 19 as No. 11 Villanova beat the Hoyas for the 17th time in 20 meetings.

Jermaine Samuels had 18 points for Villanova, which avoided back-to-back losses after dropping a rare home game to Marquette on Wednesday.

Gabe Madsen had a career-high 20 points for Utah (8-12, 1-9) and Lazar Stefanovic scored 10 for the Utes, who have lost eight straight.

Braden Morris had 16 points and Lucas Williamson 11 for Loyola Chicago. 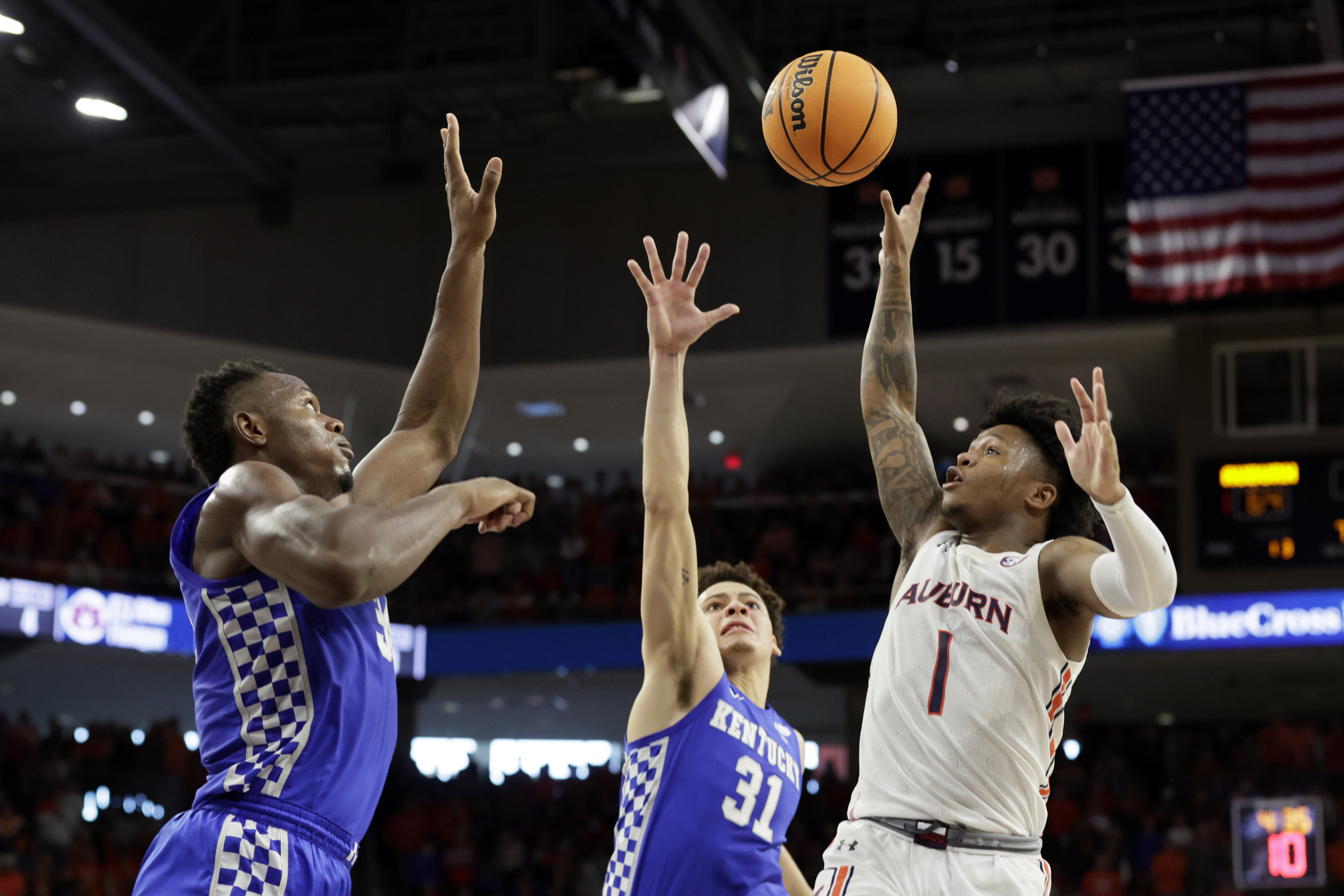 Auburn guard Wendell Green Jr. (1) puts up a shot over Kentucky guard Kellan Grady (31) and forward Oscar Tshiebwe (34) during the second half of an NCAA college basketball game Saturday, Jan. 22, 2022, in Auburn, Ala. (AP Photo/Butch Dill) 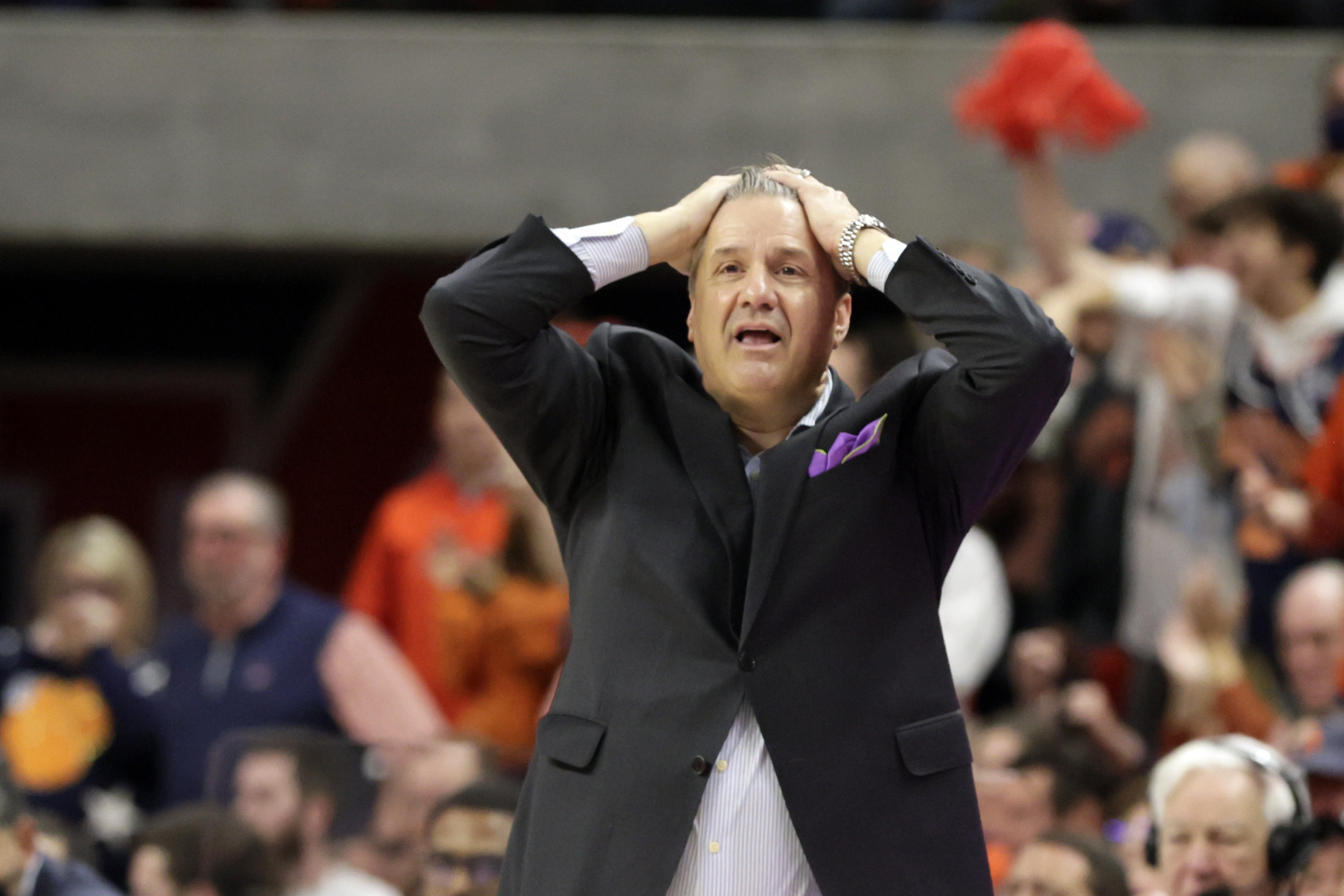 Kentucky head coach John Calipari reacts after a turnover during the second half of an NCAA college basketball game against Auburn Saturday, Jan. 22, 2022, in Auburn, Ala. (AP Photo/Butch Dill) 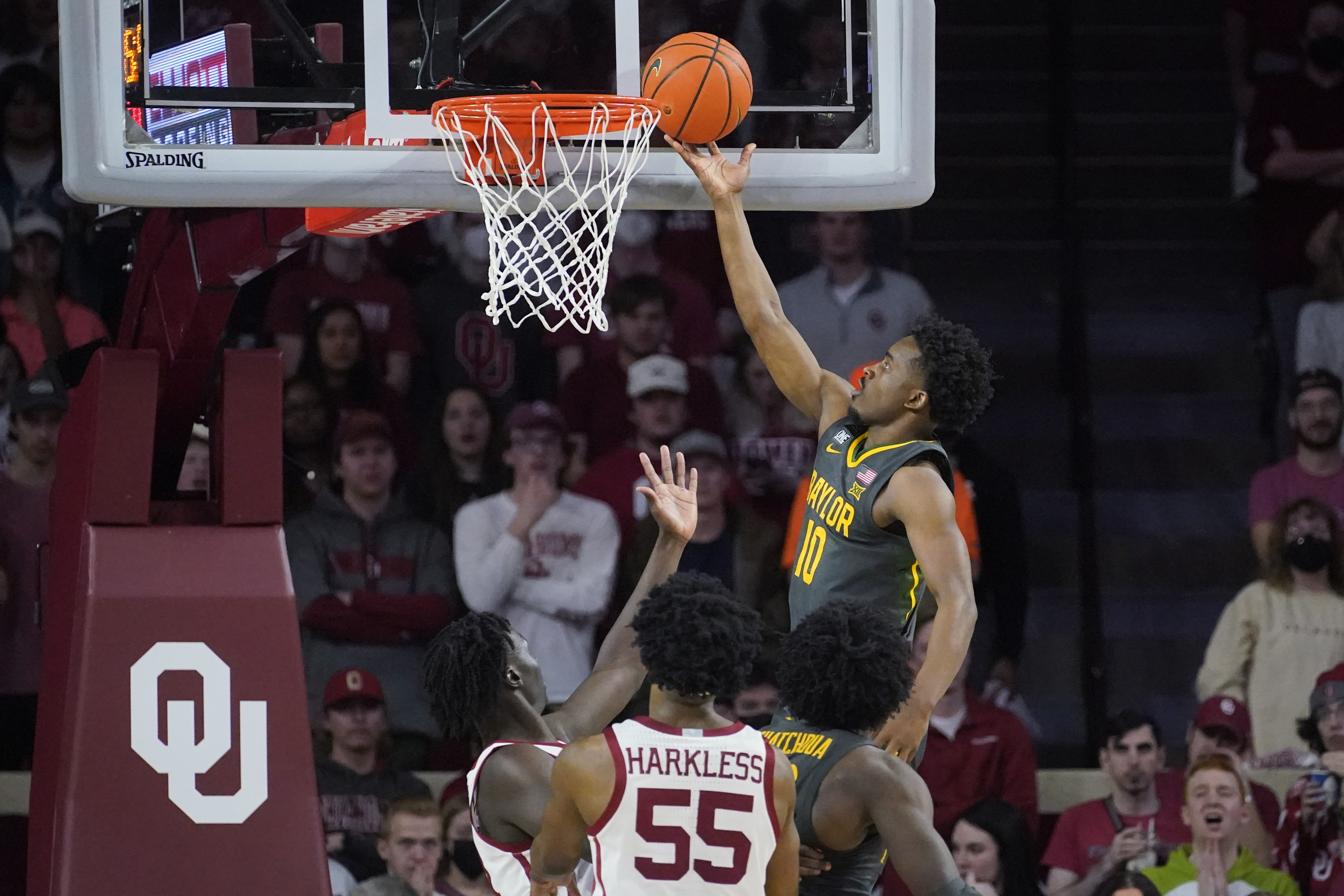 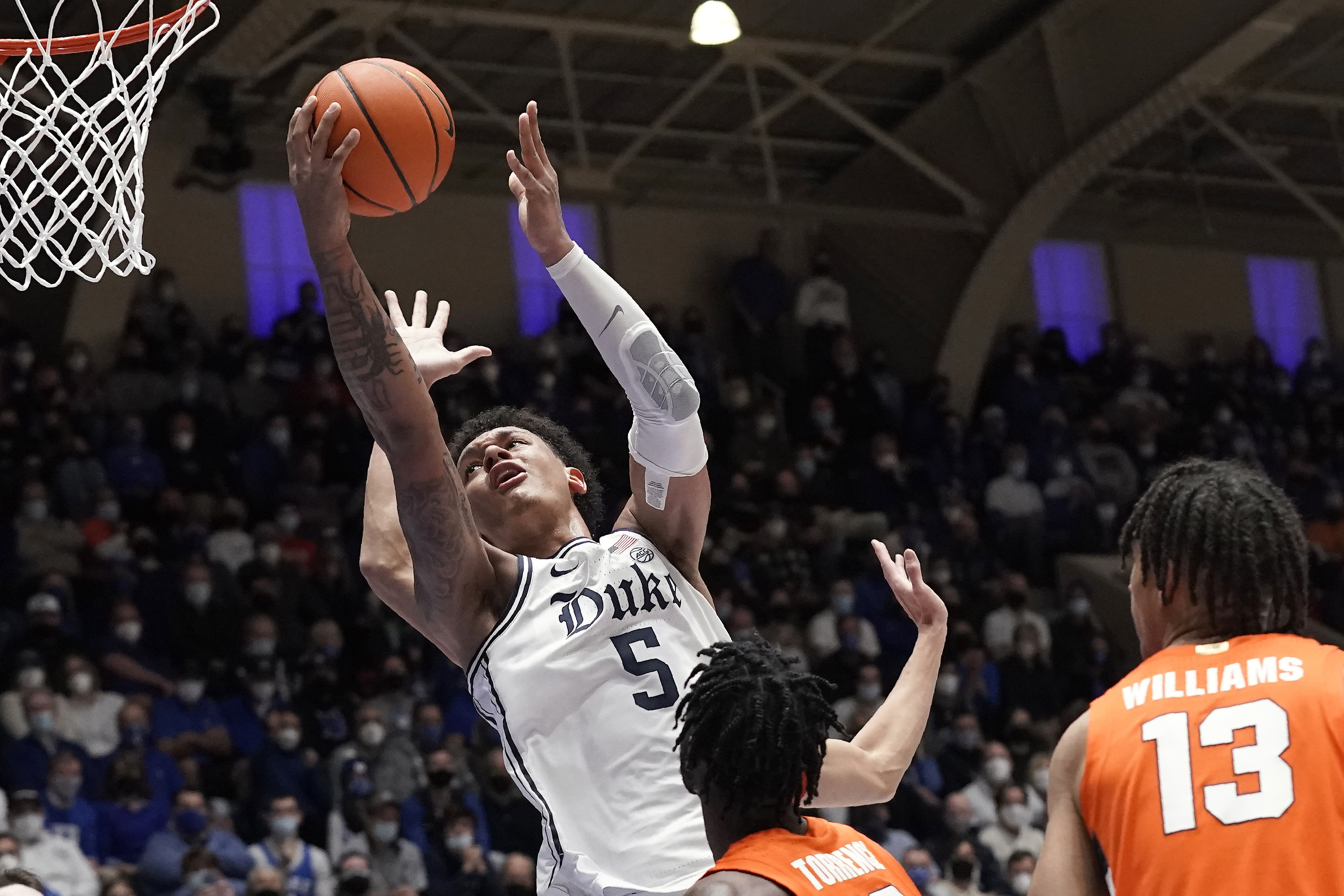 Duke forward Paolo Banchero (5) drives to the basket against Syracuse during the second half of an NCAA college basketball game in Durham, N.C., Saturday, Jan. 22, 2022. (AP Photo/Gerry Broome) 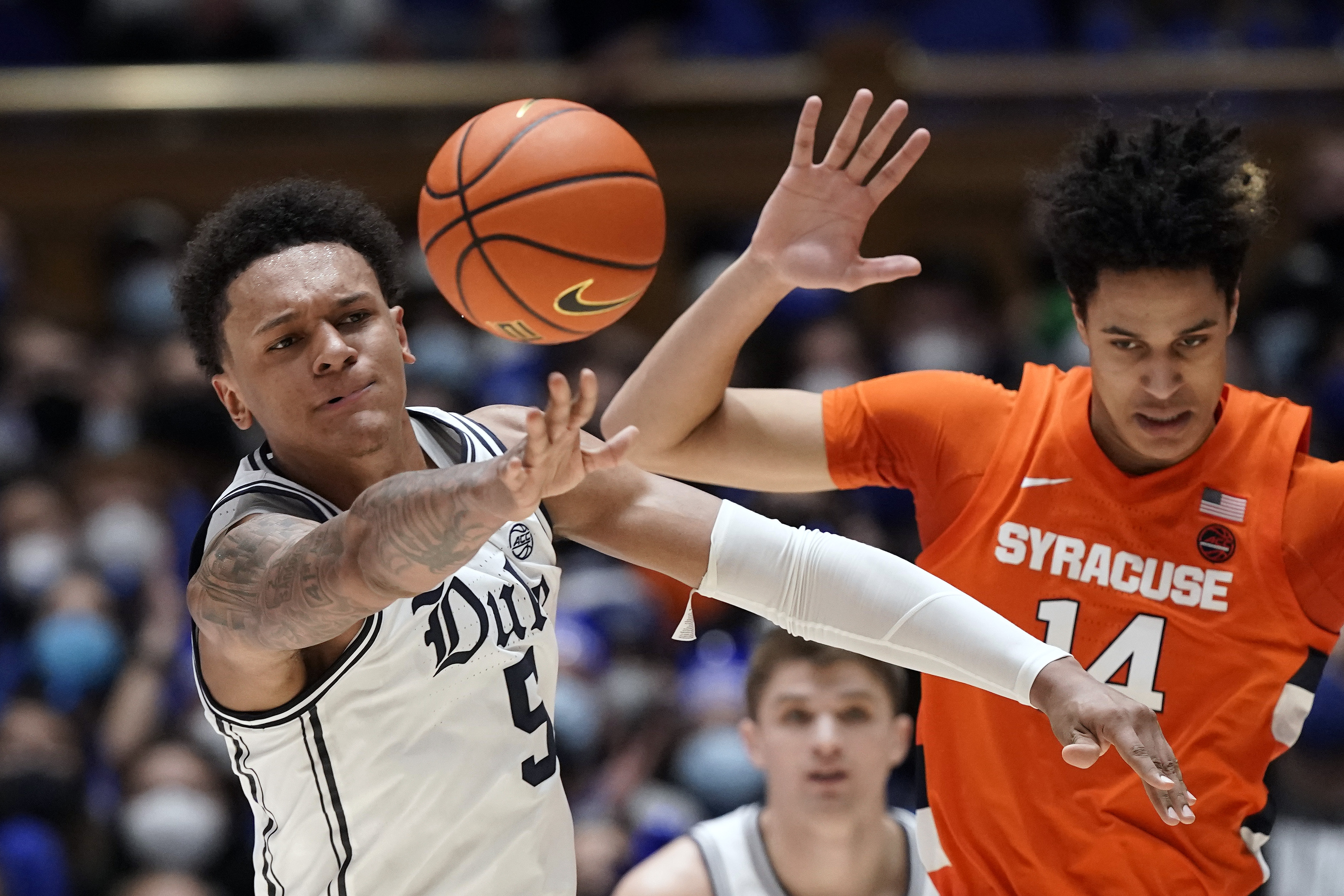 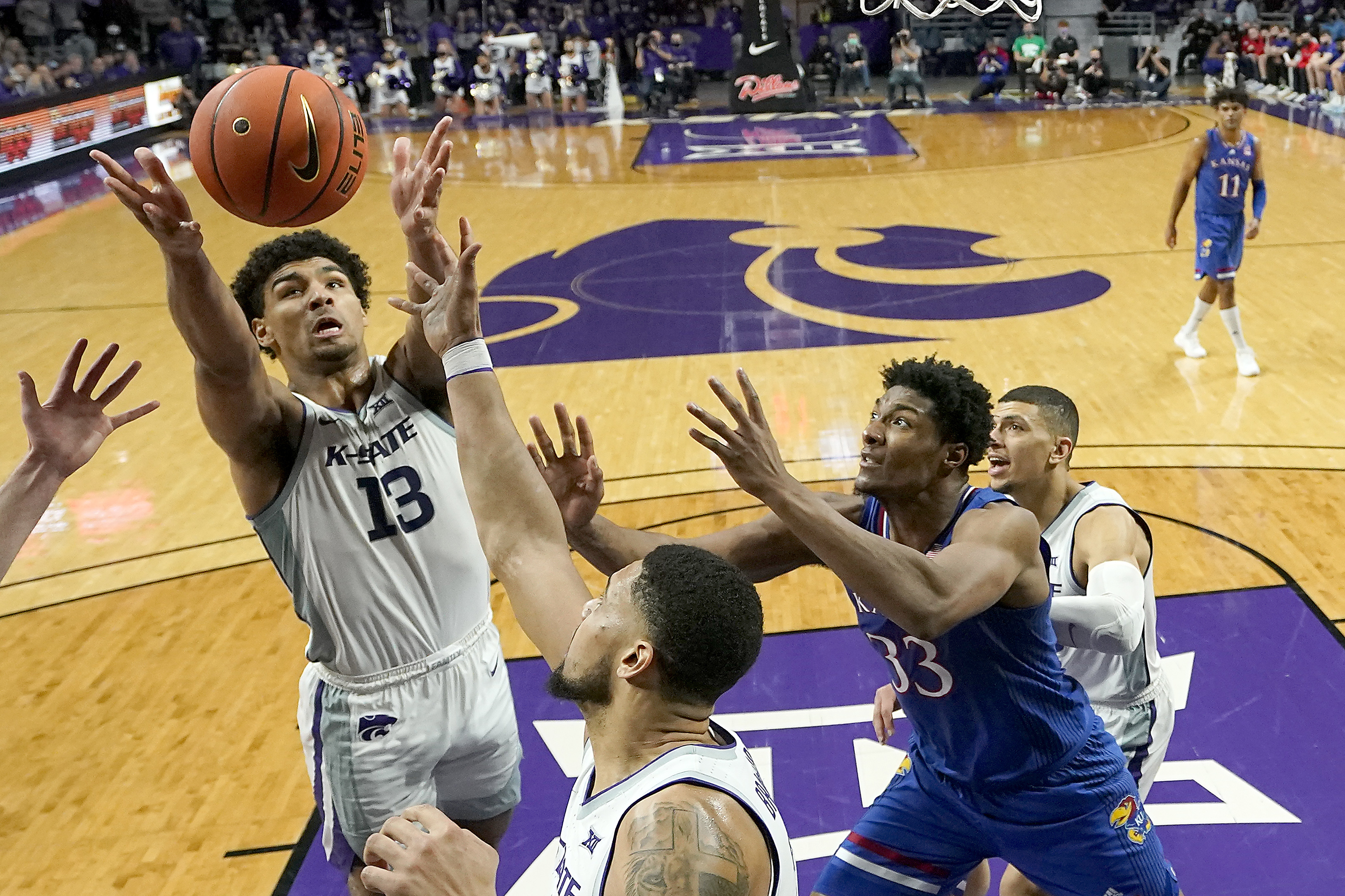 Kansas State guard Mark Smith (13) gets a rebound during the first half of an NCAA college basketball game against Kansas Saturday, Jan. 22, 2022, in Manhattan, Kan. (AP Photo/Charlie Riedel) 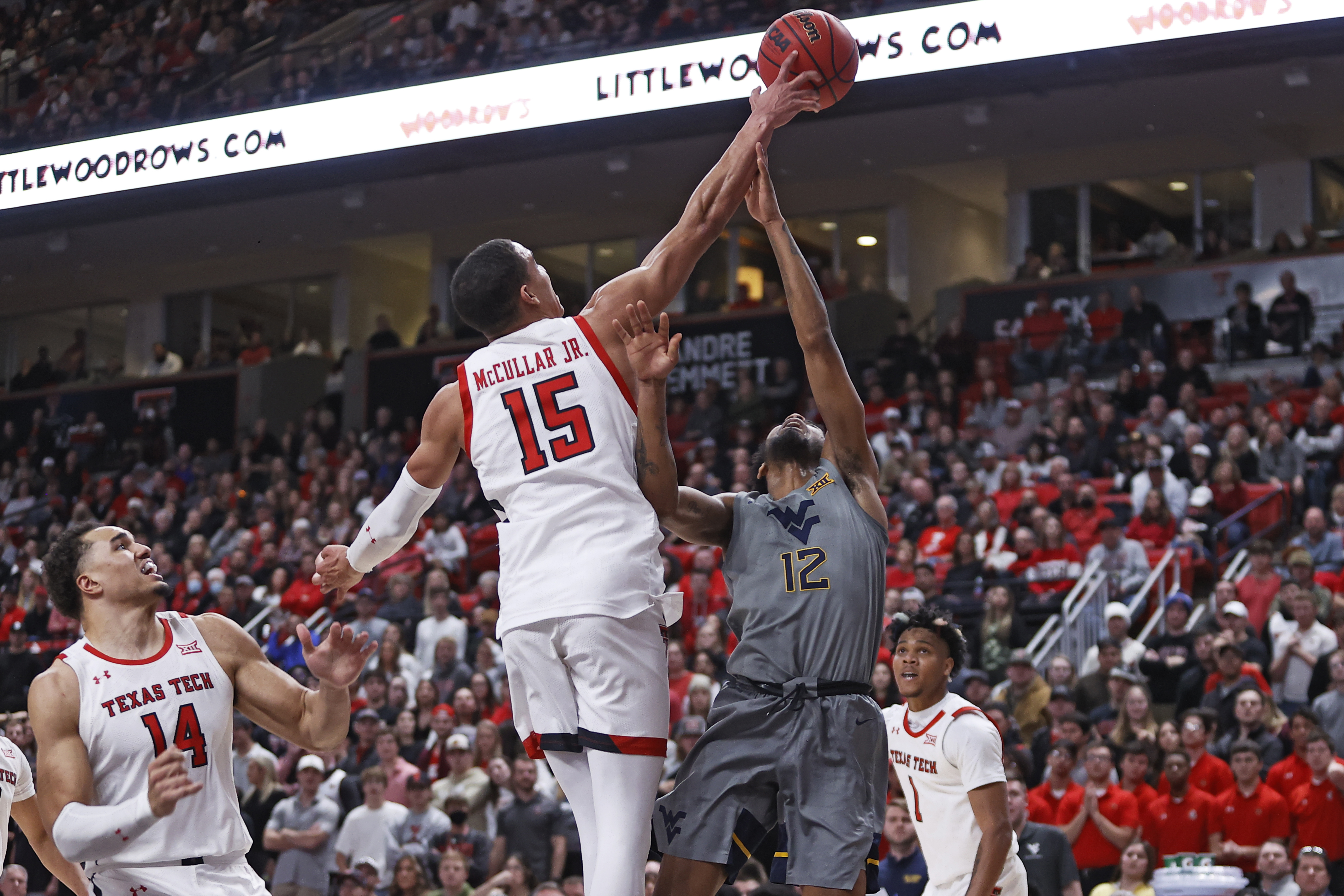 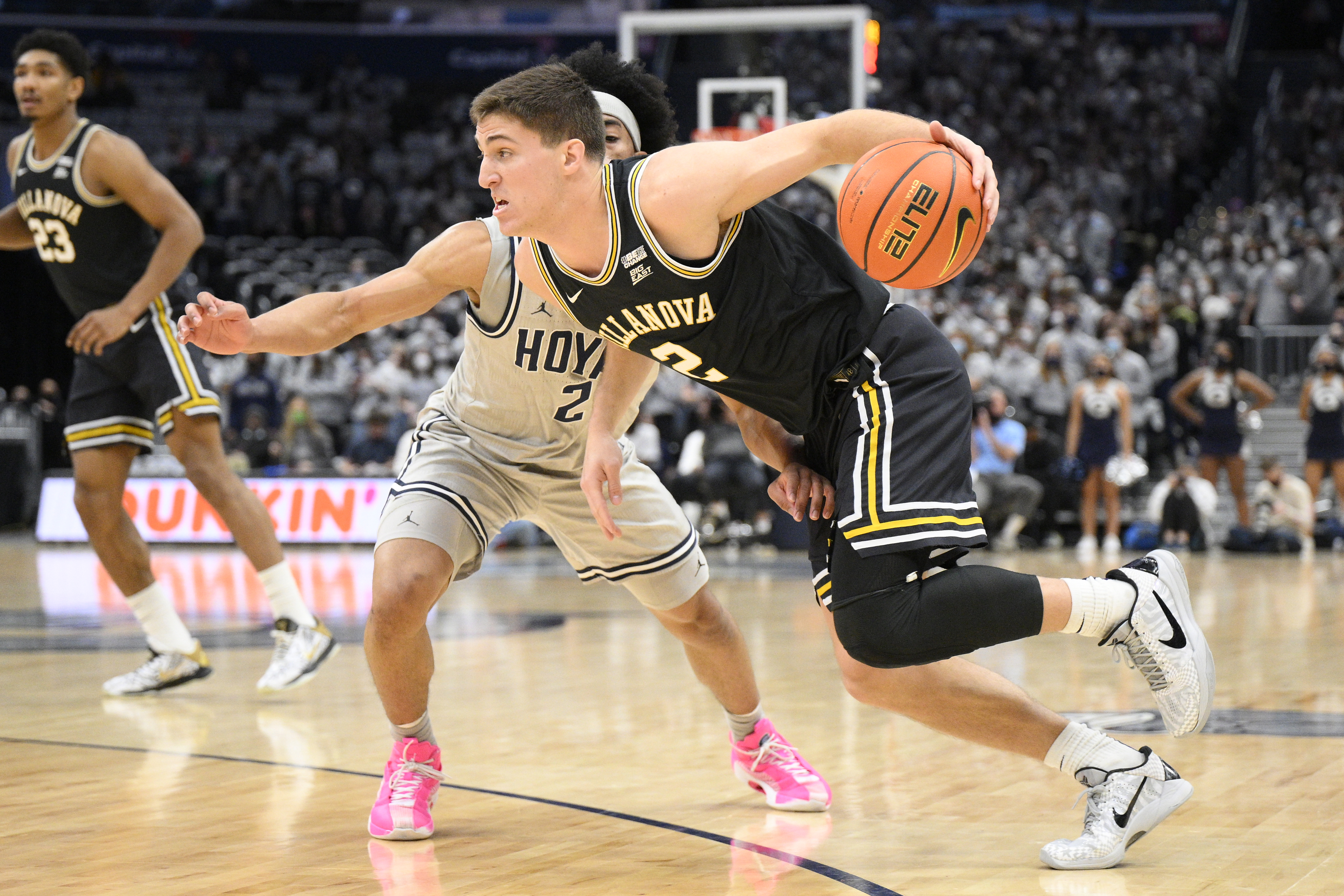 Villanova guard Collin Gillespie, front, drives to the basket against Georgetown guard Dante Harris, back, during the first half of an NCAA college basketball game, Saturday, Jan. 22, 2022, in Washington. (AP Photo/Nick Wass) 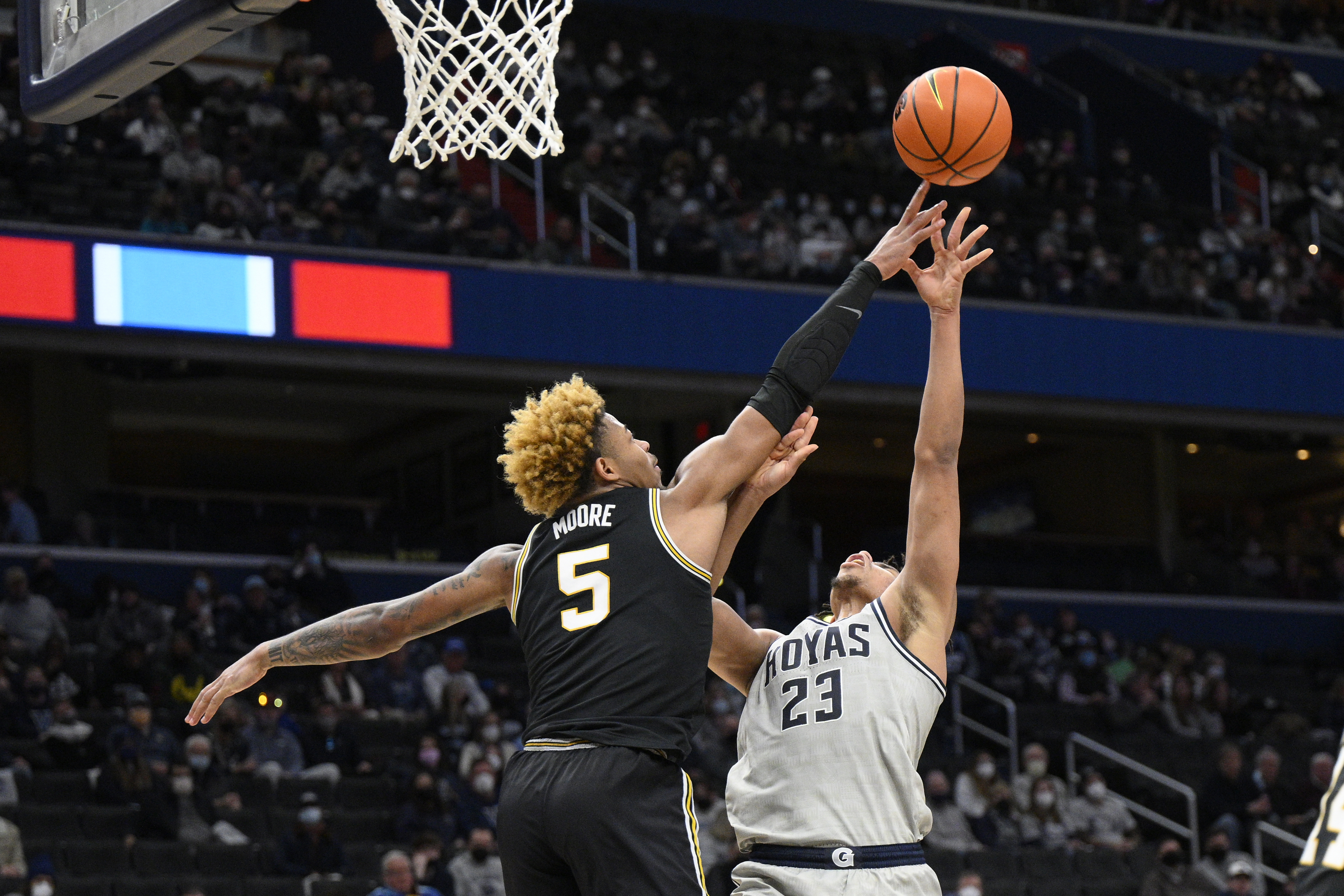