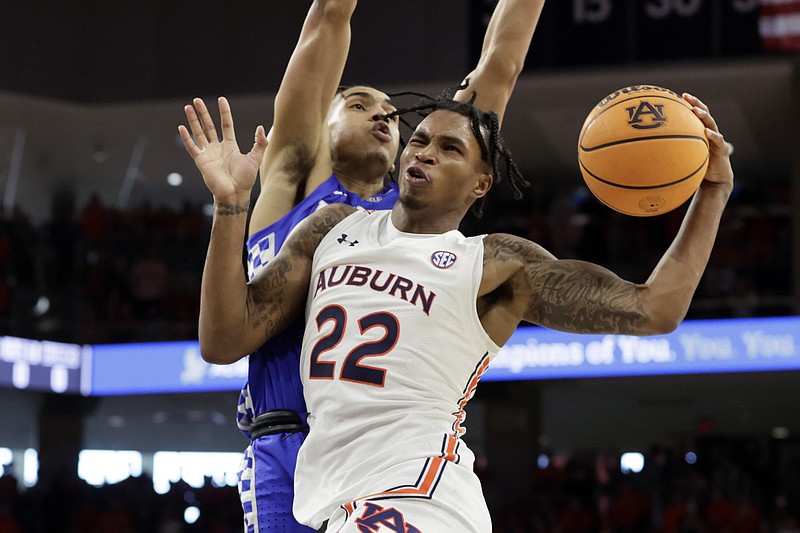 Auburn guard Allen Flanigan (22) is fouled by Kentucky forward Jacob Toppin (0) as he goes up for a lay up during the second half of an NCAA college basketball game Saturday, Jan. 22, 2022, in Auburn, Ala. (AP Photo/Butch Dill)

The Big 12 and Southeastern Conference got together about a decade ago and create a yearly challenge on the hardwood, giving each of their schools the chance to break up their league play with a marquee mid-season opponent.

Good luck finding a better slate over the years than you'll find on Saturday.

It begins with Auburn, ranked No. 1 this week for the first time in school history, welcoming an Oklahoma team teetering on the NCAA Tournament bubble to The Jungle. It continues with No. 17 LSU heading to TCU, one of the surprising teams of the first three months of the season, and Missouri taking on No. 23 Iowa State -- its old Big Eight rival.

No. 18 Tennessee heads to Texas as coach Rick Barnes returns to Austin, where he only missed the NCAA Tournament once in 17 seasons, while Mississippi State visits No. 13 Texas Tech and fourth-ranked Baylor faces Alabama.

Oh, and some little matchup between No. 12 Kentucky and No. 5 Kansas.

"You've got Missouri that's not on the bubble yet, but if you win here (on Tuesday) then all of a sudden they're on the bubble," Auburn coach Bruce Pearl said. "You've got Oklahoma coming in on Saturday; they are a bubble team. So you just tell the kids -- you keep it 100, keep it real. You hope success won't change them. So far, it hasn't."

The Tigers, who have been No. 2 on a few occasions but had never been No. 1, have rattled off 15 consecutive wins heading into their game against Missouri. The streak includes wins over ranked teams LSU, Alabama and Kentucky, the latter coming last weekend, when the Tigers rallied from a halftime deficit to stamp themselves the team to beat in the SEC.

"Part of it is, everybody's going to be excited about playing us because of the number, because of the prize on our head," Pearl said. "We're now ranked as highly as we are, these are the kind of games, 'Hey, 40 minutes and we can feel pretty good about ourselves and it's really going to jump our chances of getting into the tournament."

Indeed, the push for the NCAA Tournament begins in earnest as February dawns for dozens of teams across the country.

The Sooners, for example, are 12-7 but have marquee wins over Florida, Arkansas and Iowa State. Mississippi State is 13-5 with a chance to solidify its resume with games against Kentucky on Tuesday night and Texas Tech on Saturday.

And those are just teams in the Big 12-SEC Challenge, where the Big 12 holds a 44--35 advantage heading into this year.

The Big Ten already had its cross-conference tussle when it took eight of 14 games from the ACC in November and early December. Now, the teams from the rough-and-tumble Big Ten are beating up on each other.

On Tuesday night, No. 10 Michigan State tries to prove it belongs in the top 10 for the first time all season when it heads to No. 24 Illinois. Sixth-ranked Purdue heads to Iowa for a tough tilt Thursday night, and Saturday brings the Spartans a visit from Michigan, while No. 16 Ohio State visits the Boilermakers on Sunday.

The Pac-12 continues to impress this season, building on the momentum that UCLA took to the Final Four last season, even if half the country is often asleep by the time they take the floor. Arizona earned a No. 1 nod and was third behind Auburn and Gonzaga in this week's poll, while the Bruins and Houston were tied for No. 7 in the latest rankings.

The Wildcats head to Pauley Pavilion on Tuesday night to face UCLA in one of the best Pac-12 games of the season. Later in the week, Stanford tries to help its bubble prospects with a trip to No. 15 Southern California and another to UCLA.

The Big East is cornering the market on East Coast hoops this season, and that will be on display Wednesday night, when No. 17 Providence heads to No. 21 Xavier and No. 22 Marquette takes on recently ranked Seton Hall.

The Friars and Golden Eagles then turn around and face each other on Saturday.

"We've still got a long way to go, but where we are today is a credit to the players," Providence coach Ed Cooley said. "It's a credit to our preparation, emotionally and mentally. It's a credit to guys buying into their roles." 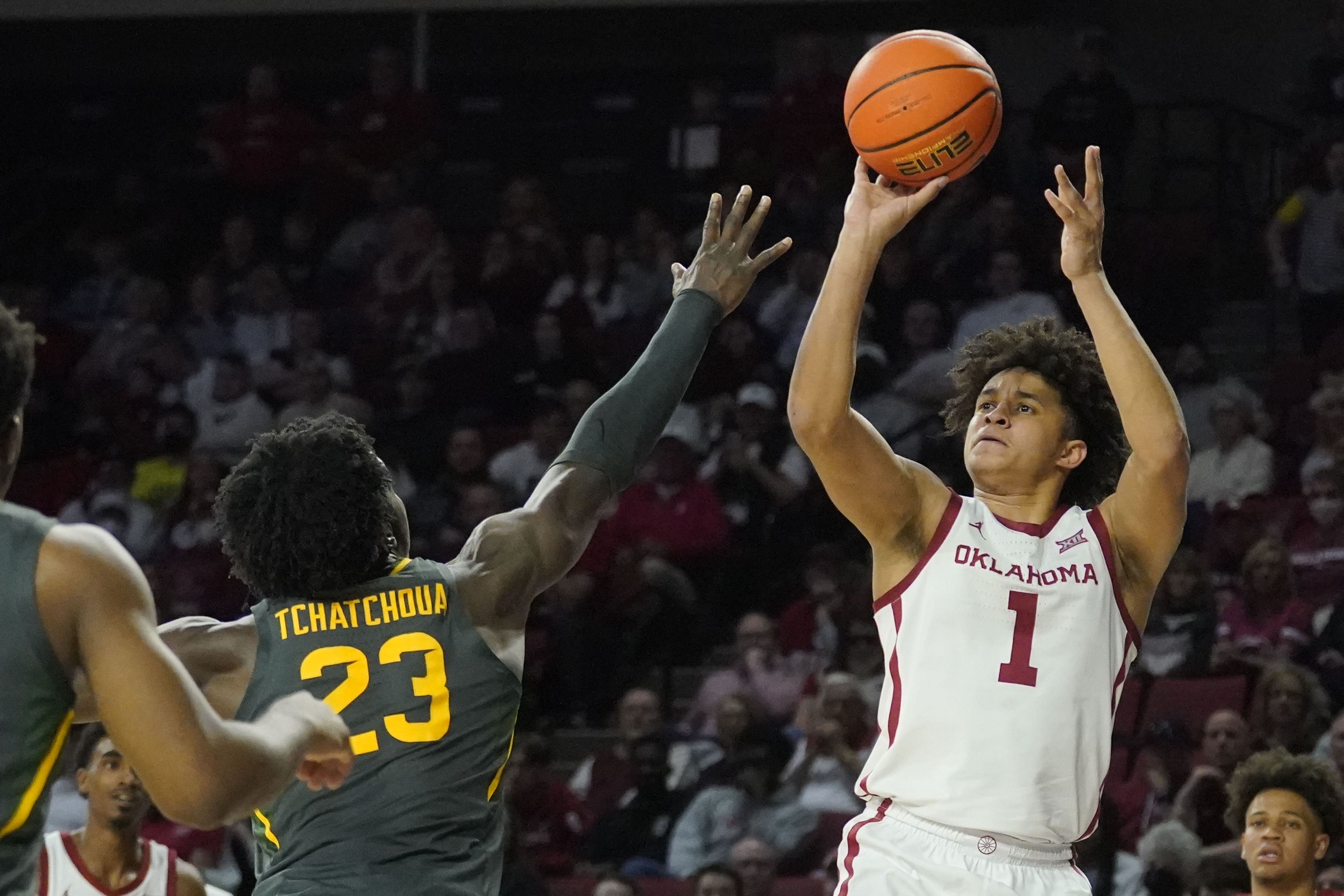 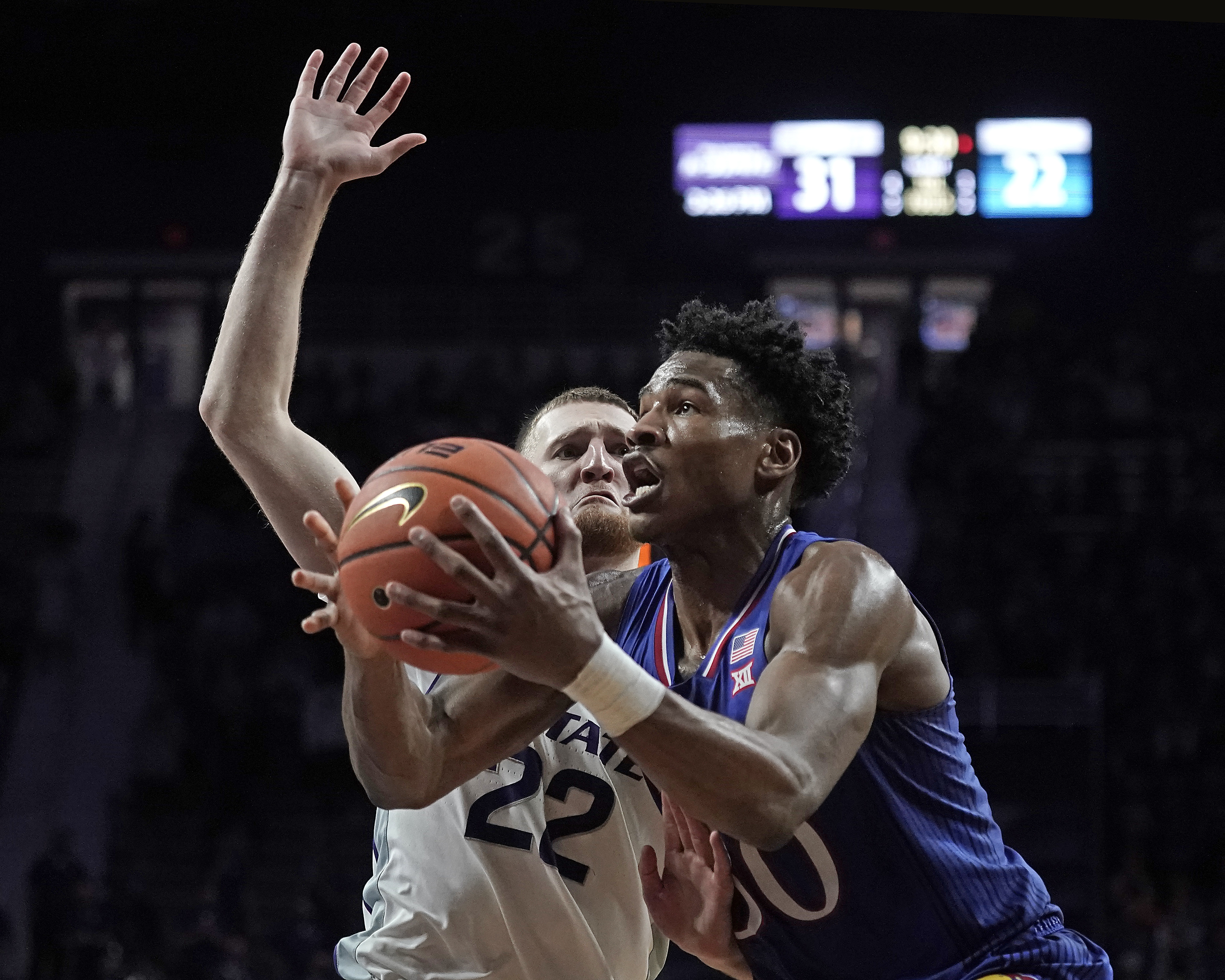 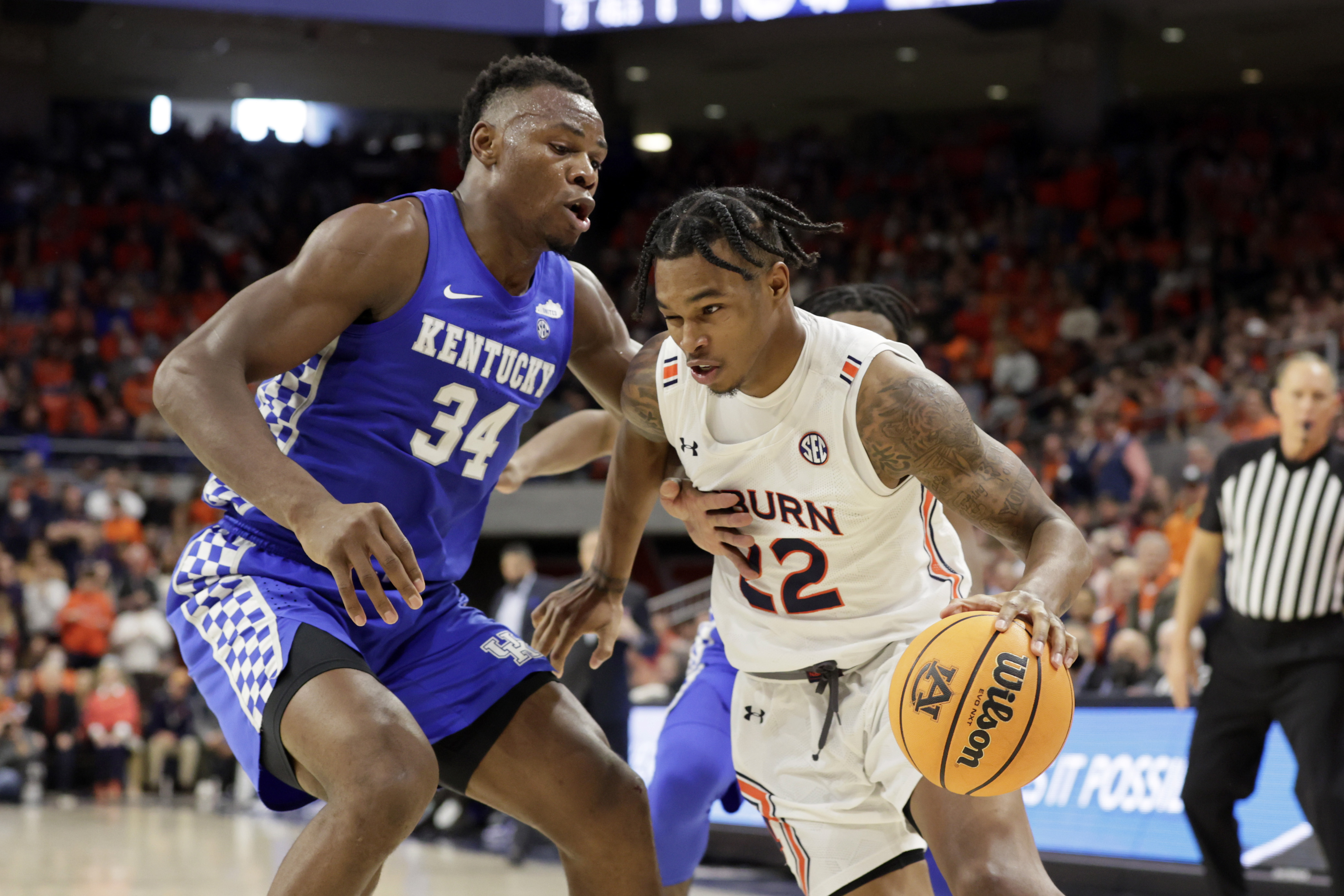 Auburn guard Allen Flanigan (22) tries to get around Kentucky forward Oscar Tshiebwe (34) during the second half of an NCAA college basketball game Saturday, Jan. 22, 2022, in Auburn, Ala. (AP Photo/Butch Dill)