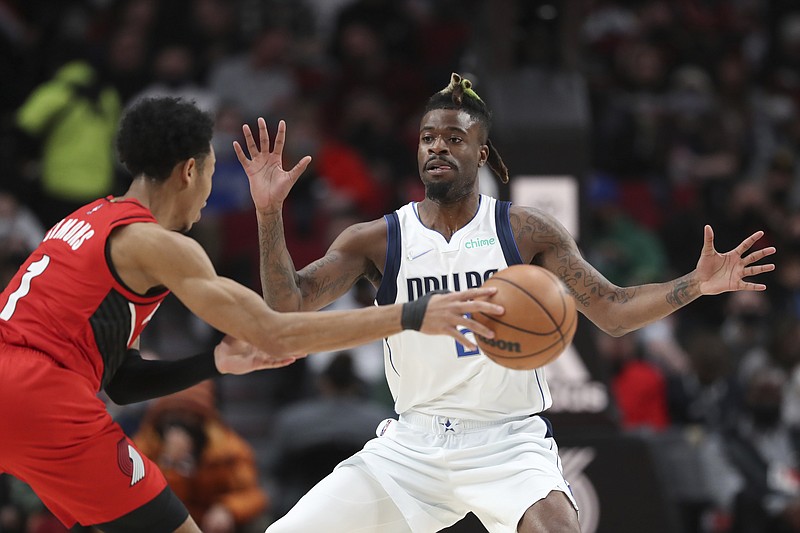 PORTLAND, Ore. -- Luka Doncic had 15 points, 10 rebounds and 15 assists for his sixth triple-double this season, and the Dallas Mavericks led wire-to-wire in a 132-112 victory over the Portland Trail Blazers on Wednesday night.

It was Doncic's franchise-leading 42nd career triple double. He's one away from matching Fat Lever for 10th on the NBA all-time list.

Jalen Brunson added 20 points and 11 assists for Dallas, which led by as many as 23 points and had seven players finish in double figures.

Both teams were playing the second game of a back-to-back. The Mavericks fell 130-92 to the Golden State Warriors on Tuesday night -- a loss that stung because Tim Hardaway Jr. fractured a bone in his left foot during the second quarter.

There is no timeline for Hardaway's return, the team said Wednesday. Coach Jason Kidd said that while the team will miss Hardaway, who was averaging 14.2 points off the bench, "we've got some guys over there who want to play so this is a good time for them."

The Blazers were coming off a disheartening 109-107 loss to the Timberwolves on Tuesday night, in which Portland led for the better part of three quarters, but ultimately fell short.

Doncic's deep 3-pointer put the Mavericks up 30-15 in the opening quarter. Dallas stretched the lead to as many as 18 points but the Blazers closed the gap to 65-58 late in the half on Jusuf Nurkic's layup.

Kristaps Porzingis had 14 points in the first quarter alone, matching his high for a quarter this season, and finished with 22 points.

The Blazers pressured Dallas in the third quarter. Simon's dunk off a lob from McCollum got Portland within 78-74 -- but that was as close as it got. Dallas led 98-81 going into the fourth quarter.

Mavericks: It was the second of three meetings between the two teams this season. Dallas won the first, 132-117 on Dec. 27.

Trail Blazers: Norman Powell started against the Mavs after his minutes were limited the night before. Powell missed the previous eight games because of COVID-19 protocols and personal matters. 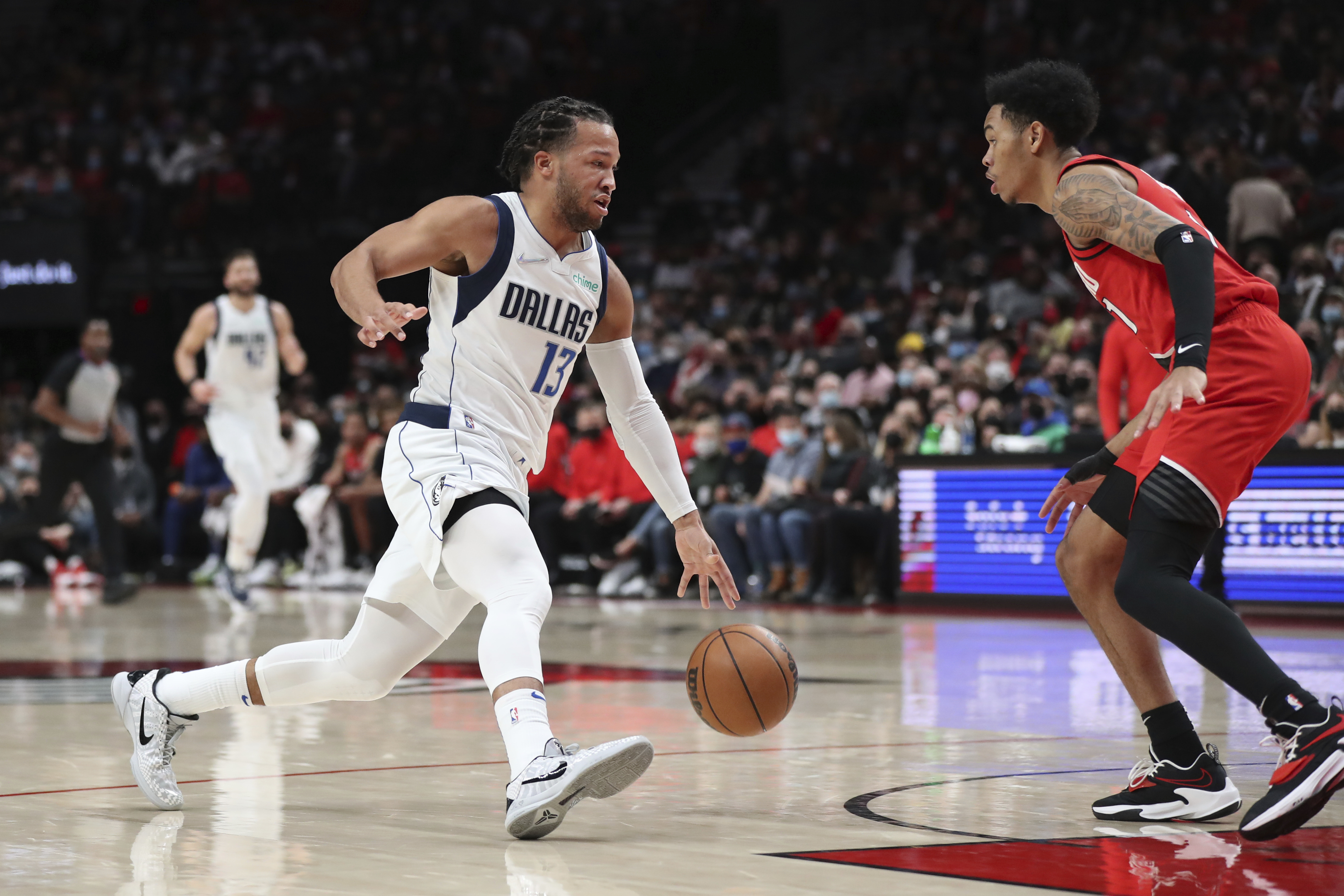 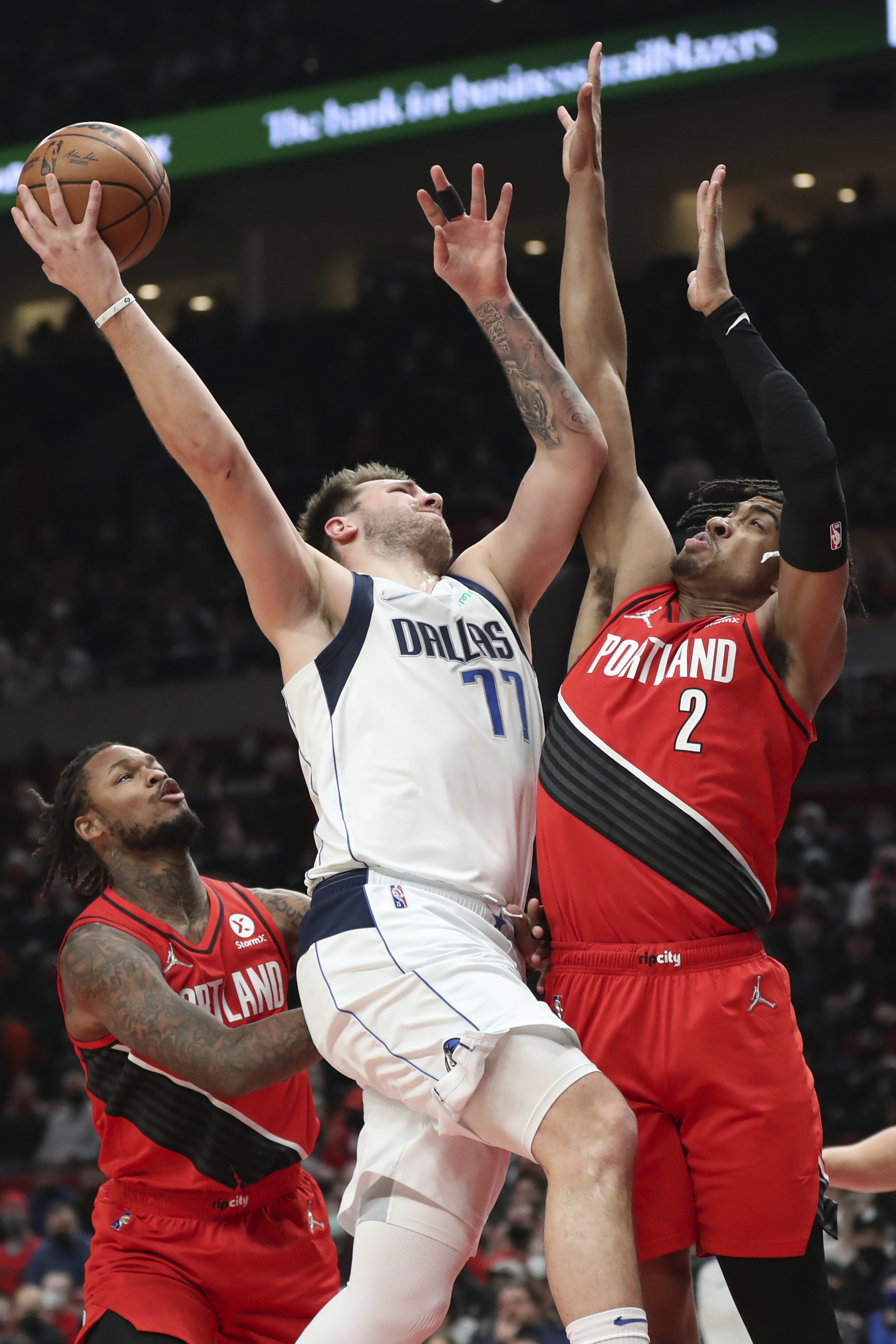 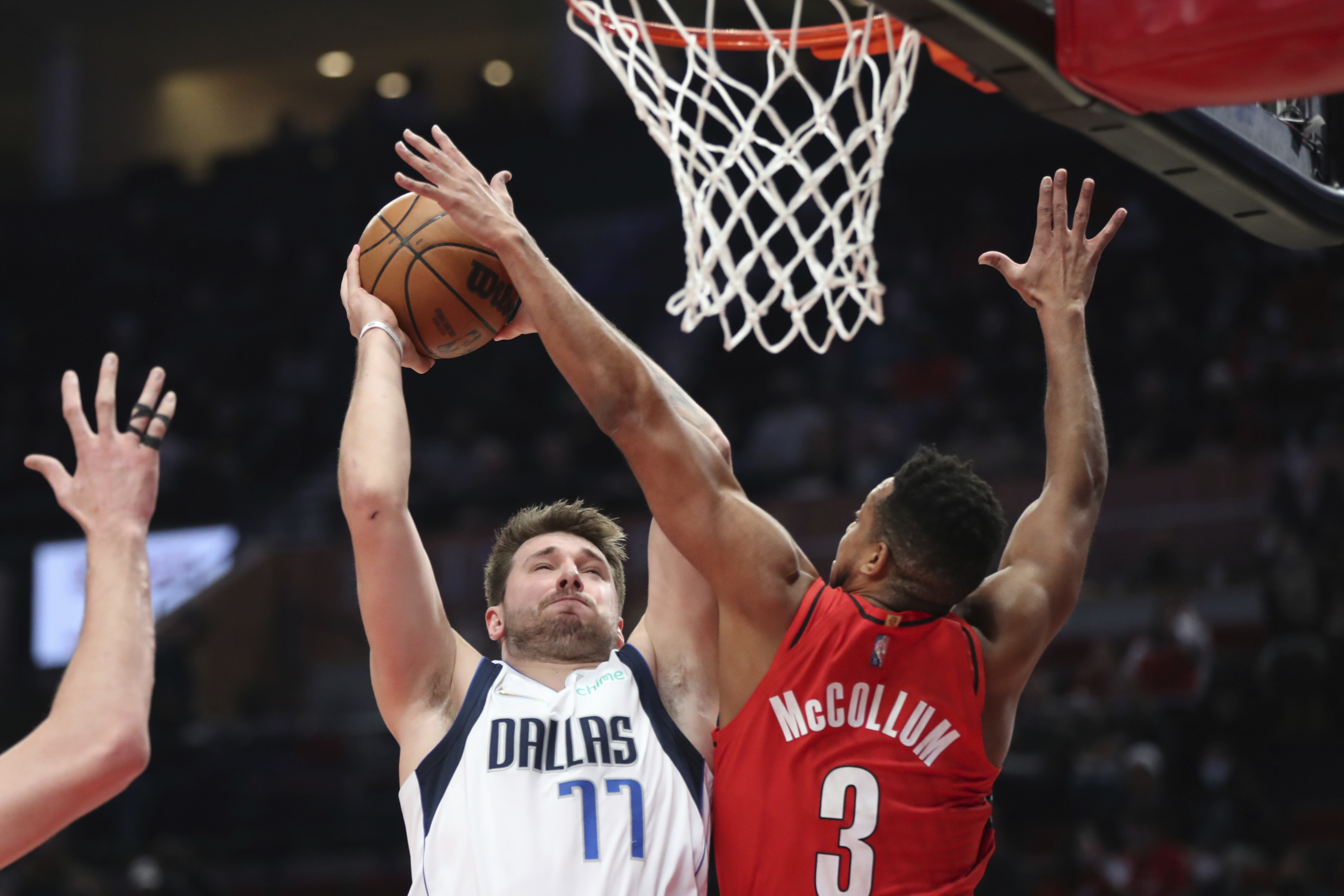