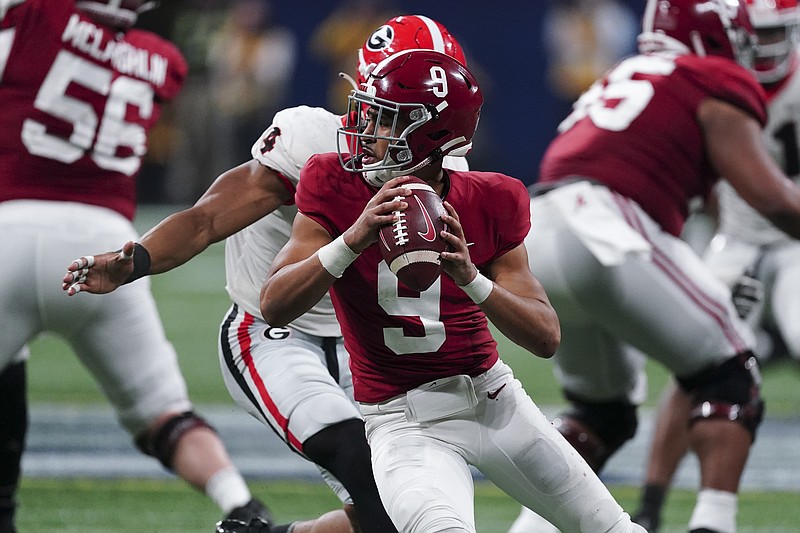 Male athletes are leading the way six months after the NCAA cleared the way for college athletes to earn money on their celebrity.

They lead in total name, image and likeness compensation and have more NIL deals than women, according to third-party data from July 1 through Dec. 31 for some 125,000 athletes -- about a quarter of the nearly 500,000 in the NCAA's three divisions.

The Washington State women's volleyball team, for example, has zero deals. Several of its international players are not eligible for them but coach Jen Greeny, whose teams have gone to the NCAA Tournament six straight seasons, said women's teams just don't seem to be a priority.

"I am not aware of anyone that has approached any of our players, and we are (the) most successful sport at Washington State," Greeny said. "So, it is a little bit disheartening."

Men's sports make more money -- often enough to help fund other sports -- and have a much larger presence on TV and in media, so it's natural that businesses look to those athletes for the best return on investment, sports management experts say.

"It's a man's world. We're just trying to find our place in it," said professor Ketra Armstrong, director of the University of Michigan's Center for Race and Ethnicity in Sport and a member of the Michigan Task Force on Women in Sport. She added: "For women to break into this, it has to be strategic. It has to be intentional. It almost has to be unusual."

There is no public clearinghouse that tracks NIL compensation and activity, so the true size of the fledgling industry is somewhat unknown. NIL tech platform INFLCR declined to give an exact figure, but said athletes using its system have reported deals totaling "eight figures."

Most schools have balked at releasing details provided by their athletes, citing privacy concerns, though Ohio State said this week that 220 athletes had been paid a total of $2.98 million for 608 reported NIL activities since July 1.

INFLCR and Opendorse -- another company that got into the industry early -- have released some gender- and sport-specific details. The companies say they don't track deals by race or ethnicity.

Male athletes in Division I reported more NIL deals than female athletes -- 59% of the total, according to data from July 1 through Dec. 31 from INFLCR. Its data is based on transactions that have been reported by athletes in the INFLCR system -- more than 70,000 across 200-plus schools.

Opendorse, meanwhile, found that Division I male athletes grabbed 67.4% of total NIL compensation compared with 32.6% of women through Dec. 31, citing data for some 55,000 athletes across more than 575 schools.

The NIL era allows athletes to tap the free market under broad rules in place from the NCAA, states and schools. Title IX, the federal law that requires athletic departments to provide general equivalence for men and women, does not apply because schools are not striking the deals.

"It's going to be up to whoever decides to pay the kid, sponsor the kid, endorse the kid, whatever it might be, that's their decision," said Matthew Robinson, a professor of sport management at Delaware.

That has so far favored male athletes, though INFLCR CEO Jim Cavale said "if you remove football from the equation, transactions or activities disclosed by female student-athletes make up more than 50% of the total for all other sports."

Five women's sports rank in the top 10 for NIL activities, based on INFLCR and Opendorse data: track and field, volleyball, basketball, soccer and softball.

Florida's Trinity Thomas, the 2020 SEC gymnast of the year and a former member of the U.S. national team, has done several NIL deals has more in the pipeline. Most of them have been social media posts -- and the number of followers matters.

"I've always been active on social media, but not as much as I am now," Thomas said. "I'm definitely trying to build a following now. I figure if I have the opportunity, it's something I should take and work on. It's been fun, stressful and a learning curve."

Black female athletes like Thomas earning lucrative NIL deals are believed to be more the exception than the rule so far, sports marketing experts say.

Thilo Kunkel, an associate professor and director of the Sport Industry Research Center at Temple, said "white women have a more affluent target market or followers than some who come from a diverse background" and "some brands don't see as much value" in a woman of color's target market.

Plus, getting sponsors' attention as a female athlete isn't quite as simple as an eye-grabbing Instagram post or a run of NCAA tournaments. It helps to be at a big-time Power Five conference school, Kunkel said, because the "large brand community -- those alumni, those followers -- get much stronger."

Of course, even if you are in a Power Five conference like Washington State, there is no guarantee the money will come your way as a female athlete. The Cougars "don't have the donor base that a lot of other schools in the Pac-12 or in the Power Five do," Greeny said.

"(I'm concerned) that us as a female sport are going to lose out on donor money in general for the things we actually need, and those donors are going to be called upon for NIL deals," she said. "So instead of us as a whole department reaping the benefits of these donors, it's going to go to a few male athletes. And we just don't have that many donors to go around." 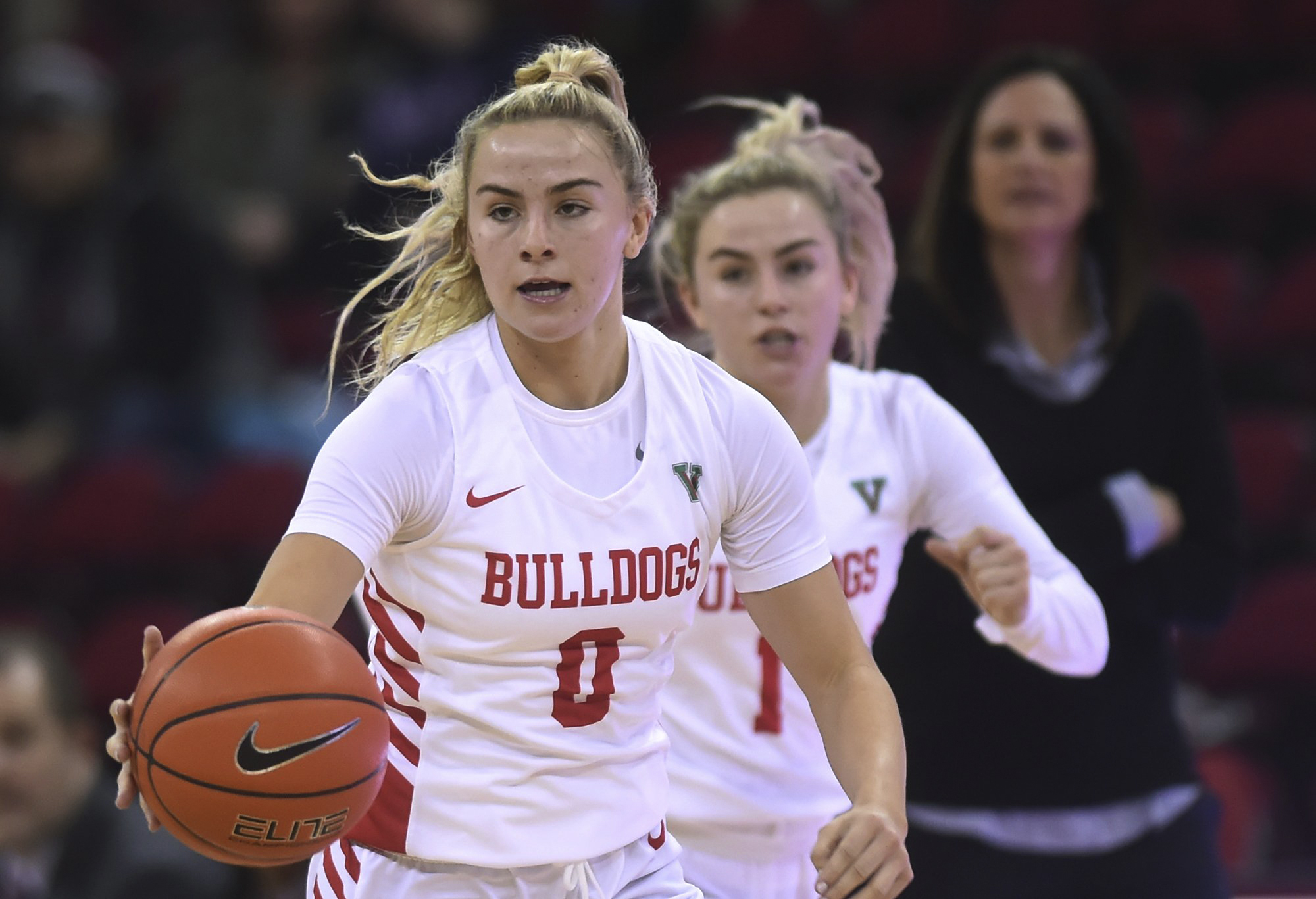 Fresno State's Hanna Cavinder, left, with sister Haley Cavinder, center, and head coach Jaime White, background right, in the game against UC Merced on Dec. 28, 2019, in Fresno, Calif. It is a man's world six months after the NCAA cleared the way for college athletes to earn money on their celebrity. Men lead the way in total name, image and likeness compensation and have more NIL activities than women. (Eric Paul Zamora/The Fresno Bee via AP)/The Fresno Bee via AP)