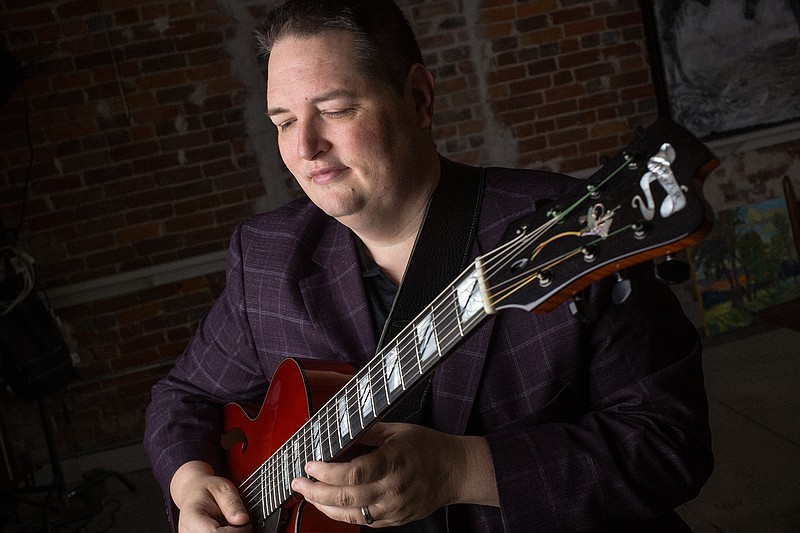 TEXARKANA, Texas -- Texarkana Symphony Orchestra will present a unique blend of jazz and classical music when guitarist Ted Ludwig joins the ensemble for a concert titled "Exotic Inspirations" next week at the Perot Theatre.

A veteran of the New Orleans jazz scene, Ludwig will solo -- and improvise -- on seven-string guitar alongside the orchestra performing a concerto composed with him in mind, D.J. Sparr's "Katrina."

"While the piece was commissioned by me for Ted, it's really broader than just his own story. It's really a story of the jazz community and how it stood up and walked out of New Orleans and in most cases returned in a dramatic and historic fashion," Mann said.

"Katrina" juxtaposes a classical orchestral sound with jazz guitar solos, including sections set aside for improvisation. As a result, no two performances of the piece are alike, and the symphony must be ready to play behind on-the-fly solos of varying lengths and flavors.

"Essentially, what we have then is an orchestra playing a spectacular, colorful piece of modern classical music where the soloist happens to have a jazz accent, a jazz voice," Mann said. "And the two of them put together are greater than the sum of their parts. It's really an extraordinary thing."

The seventh string on Ludwig's guitar adds extra dimension to his sound.

"It's an additional string on the bottom that's essentially treated like an extra bass voice. It's almost like you have an extra member of the rhythm section in the solo," Mann said.

Ludwig earned his bachelor and masters degrees from the University of New Orleans Jazz Studies Program, under the direction of the legendary pianist Ellis Marsalis Jr. He has released four albums as a leader, and many more as a versatile sideman and co-leader, working with the Infrared Records label. In 2016, he became the youngest inductee into the Arkansas Jazz Hall of Fame.

"The Ravel really looks to the Far East for most of its sonic and textural and colorful inspiration," Mann said. "It's a work of mysterious and new sounds from from unfamiliar places at the time.

"And similarly, the Tchaikovsky's 'Swan Lake' draws a lot of its inspiration from different nationalistic dances from different countries, all put into a Russian romantic context."

It all adds up to a concert perfect for the first-time symphony-goer, Mann said.

"It really has something for everybody," he said. "The range of emotion on this program is enormous. And there is such positivity, particularly at the end of the Tchaikovsky, that I think our audience will be uplifted and given something that we all are really yearning for right now."

(The concert begins at 7:30 p.m. Saturday, Feb. 5, at the Perot Theatre, 221 Main St. A preview discussion with Mann, Sparr and Ludwig precedes the show at 6:30 p.m. Tickets are available at perottheatre.org, texarkanasymphony.org and at the door.)