No bond for man charged in Houston-area deputy's death 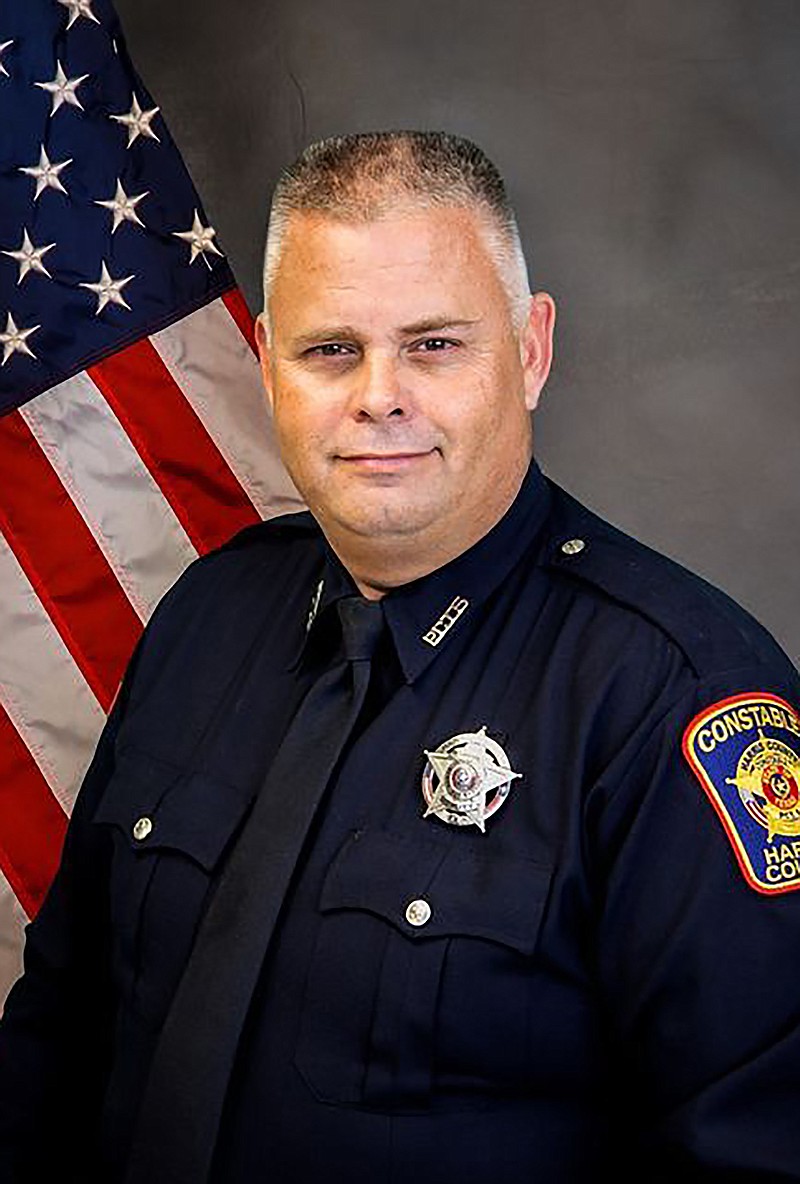 HOUSTON -- A 51-year-old man accused of fatally shooting a Houston-area deputy during a traffic stop this past weekend was being held without bond Thursday after being returned to the U.S. following his arrest in Mexico.

Oscar Rosales made his initial court appearance in Houston Wednesday evening after he was flown back to the city from Del Rio, Texas. A magistrate judge ordered he be held without bond. Rosales was set to return to court on Friday.

Rosales was captured in Ciudad Acuña, Mexico, located across the U.S.-Mexico border from Del Rio, on Wednesday morning, according to authorities. Mexican law enforcement took him into custody before turning him over to U.S. authorities.

Prosecutors have filed a charge of capital murder against Rosales for the death of Harris County Precinct 5 Cpl. Charles Galloway.

At a news conference Thursday afternoon, Harris County District Attorney Kim Ogg said Rosales has used many different identities and had been wanted under a different name by U.S. authorities since 1996 after not meeting the conditions of his probation following a conviction a year earlier for aggravated assault with a knife.

Authorities were also trying to determine Rosales' immigration status and if he was a citizen of El Salvador, Guatemala or Honduras, Ogg said. Rosales had also been wanted for murder in El Salvador, she said.

Ogg said prosecutors were expected to seek the death penalty in the case.

Rosales spoke briefly during his appearance in probable cause court Wednesday evening, commenting on the various officers that surrounded him.

"Right here all the officers and the security guy, that's fine. They want to try (to) kill me right here, they can do it, whatever. I don't care. Everybody right here in this room is waiting for his chance to hurt me," Rosales said.

Houston Police Chief Troy Finner said Thursday that authorities were still trying to determine a motive for the shooting.

"No one can speak to sheer just evilness, evilness and it's hard. I'm not even concerned in asking him that right now. He did it and you know what, he's going to be held accountable ... How can a human being do that to another human being, especially somebody who's serving? It's just hard to accept. But right now justice is going to be served," Finner said.

Galloway, 47, was shot and killed around 12:45 a.m. on Sunday after pulling over a Toyota Avalon.

Authorities allege Rosales got out of his vehicle, fired multiple shots at Galloway with some type of assault rifle and then got back in his car and drove away. Galloway was still seated in his patrol car and attempting to notify dispatch of the traffic stop when Rosales allegedly fired his weapon at the vehicle's windshield, according to court records.

The shooting was captured on Galloway's body camera and by dashcam video, according to court records.

Authorities said Rosales' common law wife, Reina Marquez, 40, and her brother, Henri Marquez, 42, have each been charged with tampering with evidence in connection with the case.

Both are accused of cleaning Rosales' car in an attempt to cover up his involvement in Galloway's shooting death, according to court records.

Galloway had been with the constable's office for about 12 and a half years. He is survived by a daughter and a sister. Funeral services for Galloway are set for Tuesday.