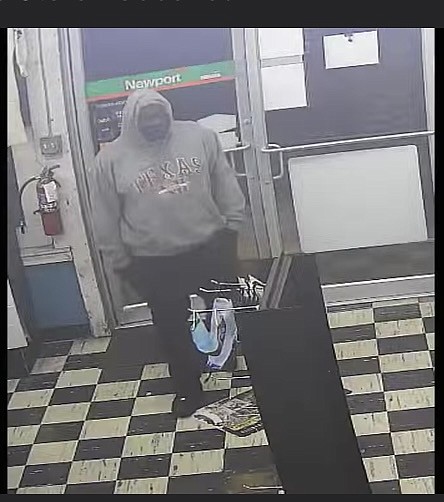 Texarkana, Texas, police are looking for this man. (Submitted from surveillance video.)

TEXARKANA, Texas --Police here are asking for the public's help in identifying a suspect in two recent convenience store robberies. The robberies happened Jan. 4 at T&J Corner Store at 1003 Bowie Street and Jan.22 at the Shamrock at 2702 S. Lake Drive.

Investigators believe the same suspect might have committed both robberies and have released surveillance camera video in hopes of identifying him, according to the Texarkana Texas Police Department.

Anyone who recognizes this suspect or knows his location is asked to call TTPD at 903-798-3116 or Texarkana Area Crime Stoppers at 903-793-STOP.