Appeals court accusers' case against Church of Scientology can proceed 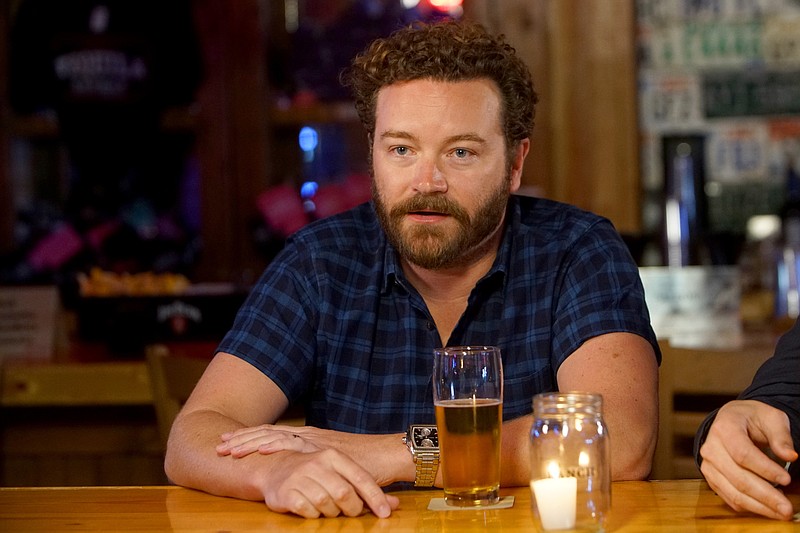 LOS ANGELES -- Four women who accused the actor Danny Masterson of rape can move forward with a harassment lawsuit against the Church of Scientology, a California appeals court ruled Wednesday.

The suit was filed by women who said they were stalked and harassed by agents of the church after they reported to police that they had been raped by Masterson -- a Scientologist who has been criminally charged. The husband of one of the women is also a plaintiff.

Masterson, who was a star on the sitcom "That '70s Show," faces charges of raping three women between 2001 and 2003. He has denied the charges and a criminal trial is pending.

The plaintiffs are suing the church, alleging that after going to the police, they were subjected to a campaign of harassment carried out by its agents.

The Times generally does not identify victims of alleged sexual assault unless they choose to fully identify themselves.

The church argued that the case should remain out of the courts because the women who are suing signed agreements forfeiting their right to sue the church and agreeing to to arbitrate any claims against it before a panel of Scientologists in a process known as religious arbitration.

Religious arbitration has been used for centuries in the United States by Christians, Jews and Muslims, said Michael A. Helfand, a professor at Pepperdine University's Caruso School of Law.

"At it's best, it allows people who share a commitment to a certain set of rules and values to resolve their disputes in accordance with those rules and values," he said.

The practice has long been upheld by secular courts, which by law cannot interfere with religious doctrinal matters.

A trial court and a panel of the 2nd District Court of Appeal in Los Angeles previously ruled that the arbitration agreement could be enforced. However, the case returned to the appeals court in early November after the California Supreme Court ordered the judges to reconsider.

In a 39-page ruling released Wednesday, the panel of judges concluded that the case could move forward in a court of law because the harassment had occurred after the plaintiffs had left the church.

"Scientology takes the position that petitioners agreed to its dispute resolution procedures as a condition of joining the church," the justices wrote. "It argues that even though petitioners have left the church, they are still bound by the terms of their contracts. We reject this argument."

The decision concludes: "In effect, Scientology suggests that one of the prices of joining its religion (or obtaining a single religious service) is eternal submission to a religious forum -- a sub silencio waiver of the practitioner's right to extricate themselves from the faith. The Constitution forbids a price that high."

Michael J. Broyde, a professor at the Emory University School of Law, said the justices' argument was inconsistent with the Federal Arbitration Act of 1925.

"The Federal Arbitration Act requires that contracts of arbitration be honored unless they are unconscionable," he said. "The court went far beyond that and ruled that all religious arbitration is void when one party has left the faith. That seems to be contrary to the law in the United States."

Helfand said he was also surprised by the decision.

"I would have thought if the court was going to invalidate the Scientology agreement it would have done so because it thought the church didn't set up a neutral process," he said. "Instead of attacking the neutrality, the court instead made a big statement about the 1st Amendment Right to voluntarily leave a religion.

"In our lives we sign lots of agreements about how to resolve disputes and you typically can't just say -- 'I'm out,'" Helfand said. "It's surprising the court did this in the context of religious arbitration."