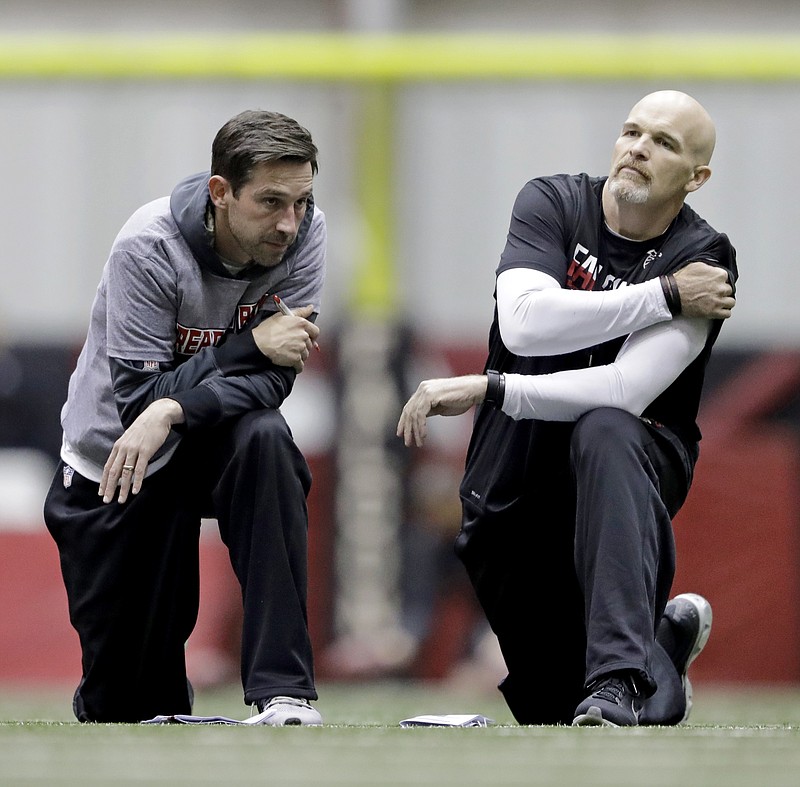 FILE - Atlanta Falcons head coach Dan Quinn, right, talks with offensive coordinator Kyle Shanahan during a workout at the NFL football team's practice facility in Flowery Branch, Ga., Friday, Jan. 27, 2017. Kyle Shanahan and Dan Quinn will always share the painful memory of coaching in the Super Bowl together with Atlanta five years ago when the Falcons couldn't hold a 25-point lead in the second half of a loss to New England. The wild-card meeting Sunday, Jan. 16, 2022 between the visiting 49ers (10-7) and Cowboys (12-5) is the first in the playoffs involving both coaches since that crushing loss in Houston.(AP Photo/David Goldman, File)

Quinn, the former head coach of the Atlanta Falcons who just completed his first season as the Cowboys DC, had interviewed with the Denver Broncos, New York Giants, Chicago Bears and Minnesota Vikings. He was also a candidate for the Miami Dolphins head coaching vacancy.

Jones went on 105.3 The Fan in Dallas on Friday, a week after the scheduled end of his weekly segments with the team's flagship radio station. He said he wanted to do the extra appearance to discuss Quinn and Mike McCarthy, reiterating his support for the head coach after the Cowboys won the NFC East before losing a home playoff game to San Francisco.

While indicating that Quinn turned down a head coaching offer -- "I believe that very much," Jones said -- the owner didn't offer specifics or any details about a contract extension with the Cowboys.

Jones said it was third time while owning the team that he was able to persuade a coordinator to stay instead of accepting a head job. Jones mentioned Sean Payton, then an offensive coordinator for head coach Bill Parcells, staying with the Cowboys instead of becoming head coach of the Oakland Raiders, and then-OC Jason Garrett turning down another job to remain in Dallas, where he later became head coach before getting replaced by McCarthy.

Payton did leave to become head coach in New Orleans in 2006, but informed the Saints this week that he was leaving after a 16-year tenure in which he took the team to the playoffs nine times and won the Super Bowl in 2009. Payton said he planned to stay involved in football.

The availability of Payton, and his long friendship with Jones, had led some to speculate that he could replace McCarthy as coach. Jones said Friday that he hadn't spoken to Payton and that he didn't have to say anything to reassure McCarthy of his standing as coach after only two seasons with the Cowboys.

"No, I did not, because we're sitting here building together our future,'" Jones said. "We've just really kind of had our heads down and getting this staff into shape, particularly at the top, with the coordinator level."

Offensive coordinator Kellen Moore, for the second year in a row, has also gotten interest from other teams.

"I do believe he'll be back next year," Jones said of Moore.

Quinn will return to an opportunistic Cowboys defense that has a couple of young playmakers in standout rookie Micah Parsons and league interceptions leader Trevon Diggs. Dallas led the NFL in takeaways. 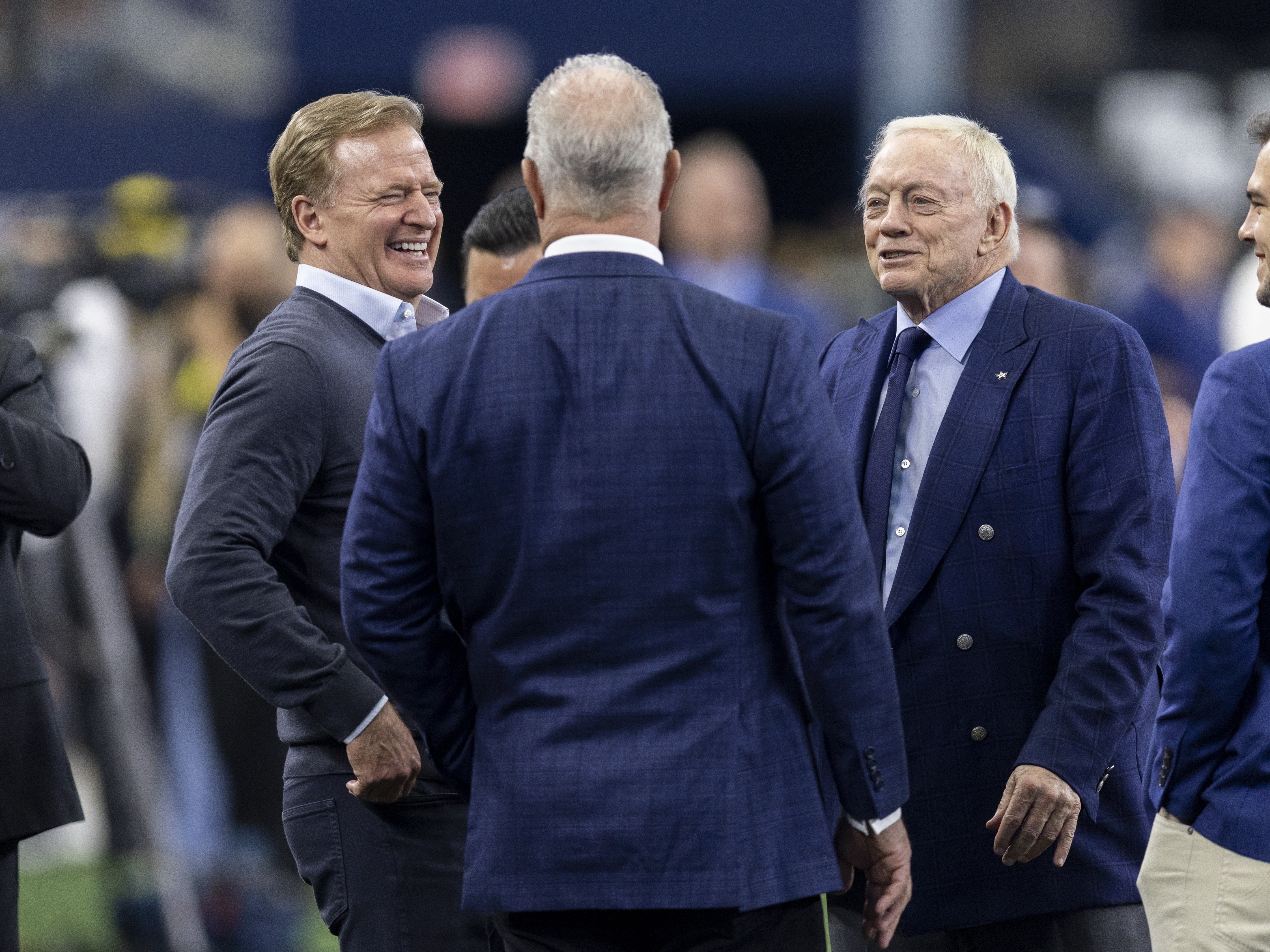