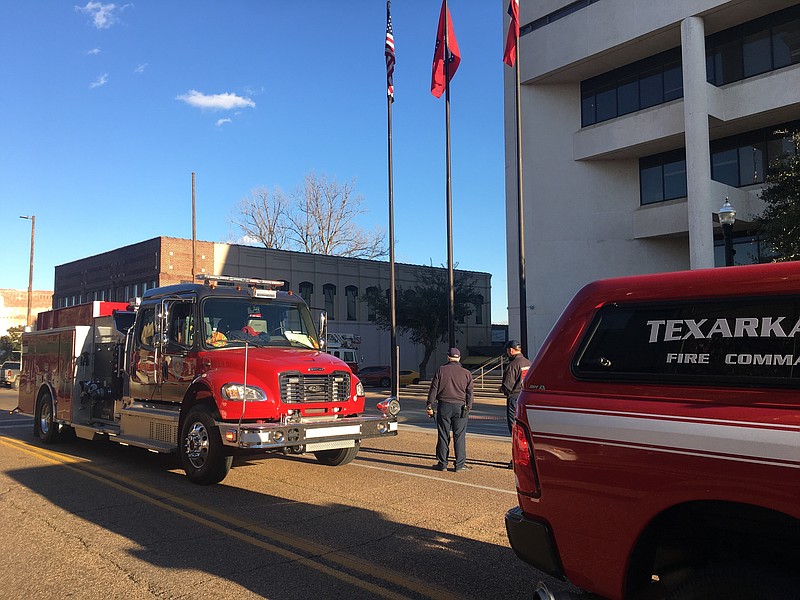 About five fire units responded to an alarm at the Bi-State Justice Building around 4:30 p.m. Friday in downtown Texarkana. An inmate had set a small paper fire that caused a great deal of smoke that had to be flushed out. An hour later, the units had all returned to their stations. (Staff photo by Les Minor)

Fire units arrived in response to smoke in one of the jail's pods, said Capt. Christopher Bolden, Texarkana, Arkansas Fire Department Battalion Chief. He said it resulted from a disgruntled inmate setting various paper products on fire. He was not injured nor were any other inmates.

Firefighters were able to flush the smoke out and return to their units by 5:20 p.m.,