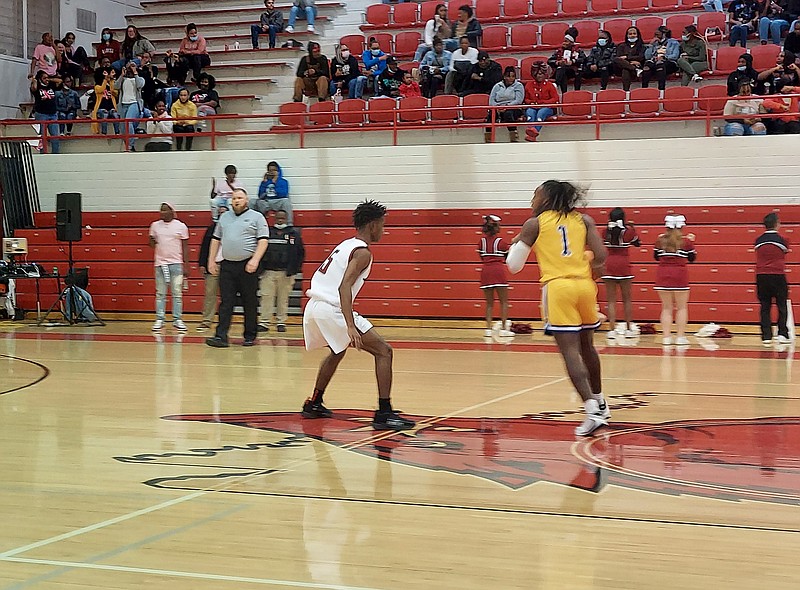 The Rams jumped out to an early 14-point lead and were never challenged in a 77-49 win, and the Lady Backs saw Lakeside's girls pull away in the second half for a 40-23 win.

Down by 21 to start the second half, the Razorbacks matched Lakeside point for point in the third quarter and went into the fourth quarter trailing 62-41.

Arkansas High never was able to stage a comeback, and the Rams closed the game on a 9-1 run.

Lakeside shot 42 percent on 23-of-55 field goals and had three fewer turnovers than AHS, 15-12. Both teams grabbed 44 rebounds.

Tavon Johnson scored 22 of his 24 points in the first half for the Rams. Albion Harris, Skyler Purifoy and A.J. Howard added 10 points apiece, and Johnson also had eight boards.

Lakeside jumped out to a 14-0 lead in the first 2:47 of the game and never looked back. The Razorbacks cut their deficit to 10 points (19-9) once in the first before the Rams closed the quarter with a 6-0 run to take a 25-9 lead at the first break.

The Lady Rams drained a trio of 3-pointers in the third quarter, when Lakeside turned a 4-point halftime lead into a 15-point cushion before heading into the fourth up 13 points (32-19).

Arkansas High made just 4-of-27 shots after halftime, including 1-of-15 in the final period. The Lady Backs finished shooting 20 percent for the game on 9-of-45 field goals.

Amelia Rogers poured in 20 points for the Rams, and Allie Pollock had nine points and nine rebounds.

The Lady Backs struggled to get the shots to fall in the first quarter and twice faced 5-point deficits against Lakeside, which held a 9-4 lead at the first break.

Arkansas High turned up the intensity on defense in the second quarter and opened the period on a 4-0 run and tied the game after extending that run to 7-2. In the final minute of the first half, the Rams scored four points to head into halftime with a 15-11 lead.