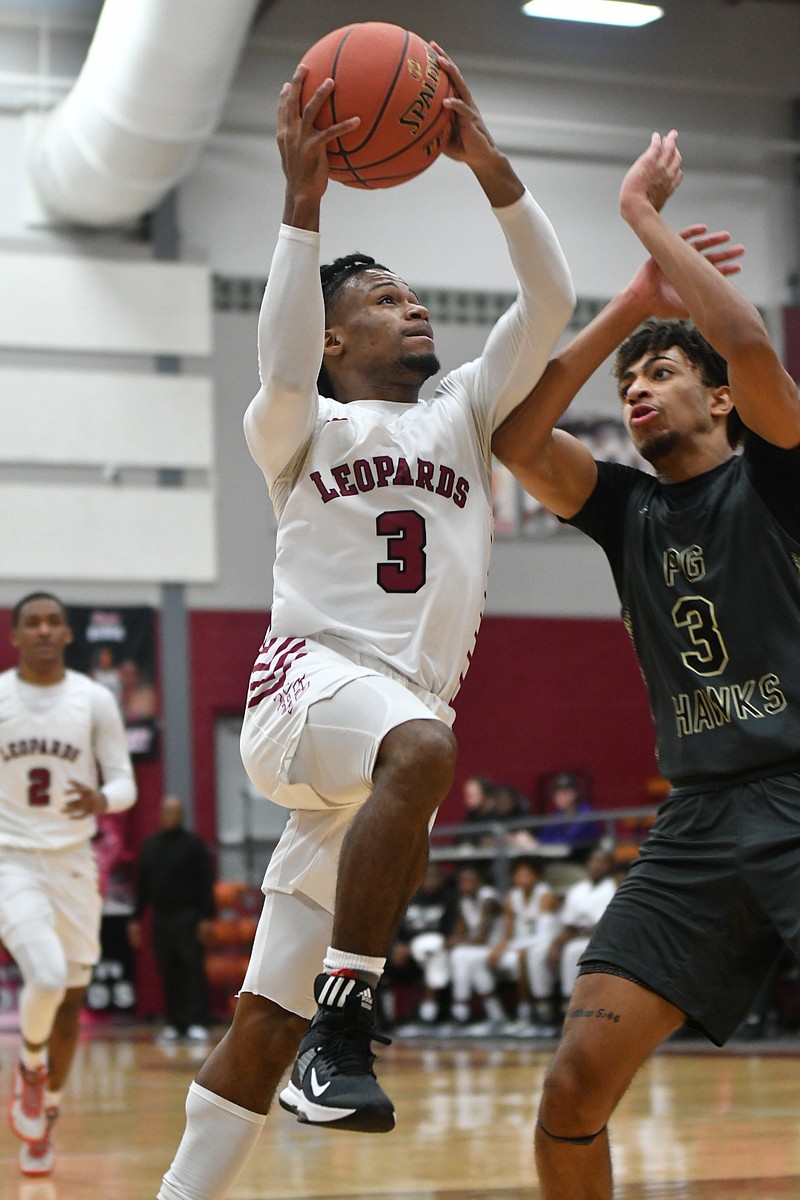 TEXARKANA, Texas -- Liberty-Eylau started the second half of District 15-4A play with a convincing win over cross-town rival Pleasant Grove.

The host Leopards built a 17-point lead in the first quarter and were never challenged, adding to their lead until it topped out at 30 points (74-44) in the final minute of a 76-48 win Friday at the Rader Dome.

Down 24 to start the second half, Pleasant Grove was only able to make up two points in the third quarter and faced a 22-point deficit to start the fourth.

Torian Phillips had 18 points for the Hawks, Jaylen Boardley had a double-double with 11 points and 11 rebounds, and Kennon Kelley had nine points and 13 boards.

Just a few minutes into the game Liberty-Eylau found another gear and sped away from the Hawks. The Leopards scored six straight to go up 13-4 and extended that to a 15-2 run to take a commanding 22-6 lead with 1:36 left in the first quarter.

L-E led 26-9 at the first break and the score was never closer than 13 points in the second quarter. The Leopards' advantage was as many as 25 in the second period, and they took a 48-24 lead into the locker room at halftime. 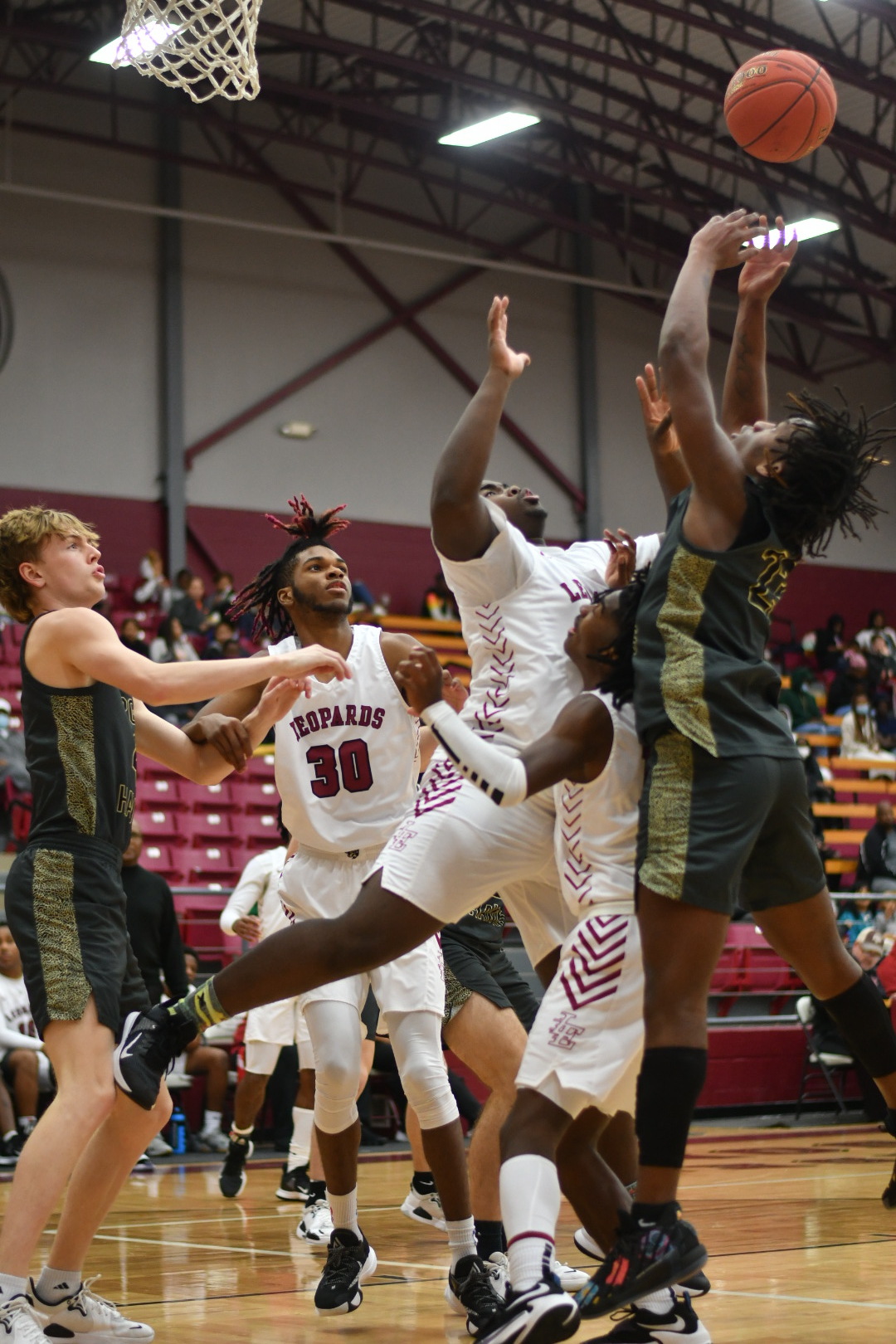 Pleasant Grove’s Torian Phillips, right, goes up for a rebound against two Liberty-Eylau defenders during Friday’s DIstrict 15-4A basketball game at the Rader Dome. The Leopards led nearly wire-to-wire to dispatch the Hawks, 76-48. (Staff photo by Kevin Sutton) 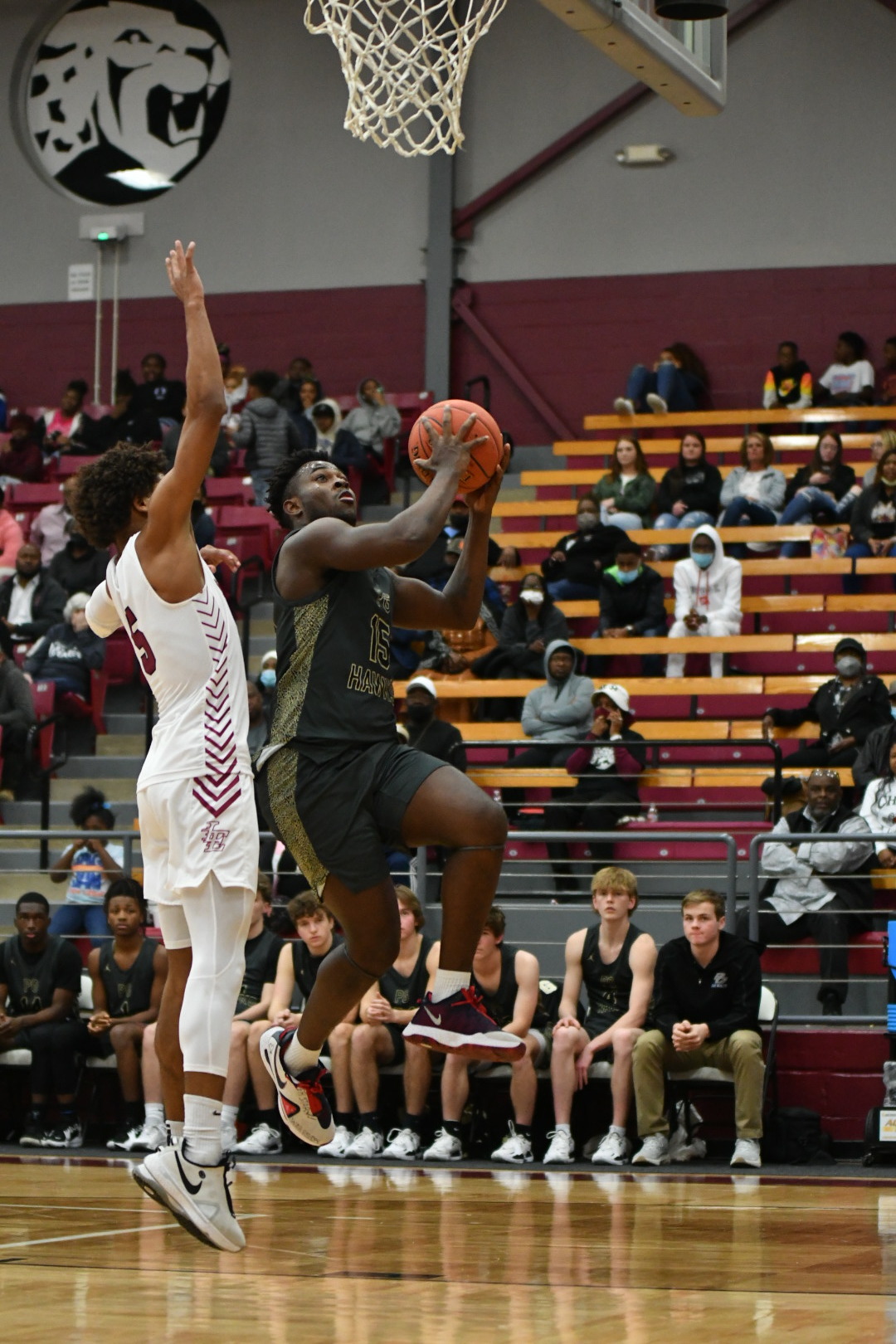 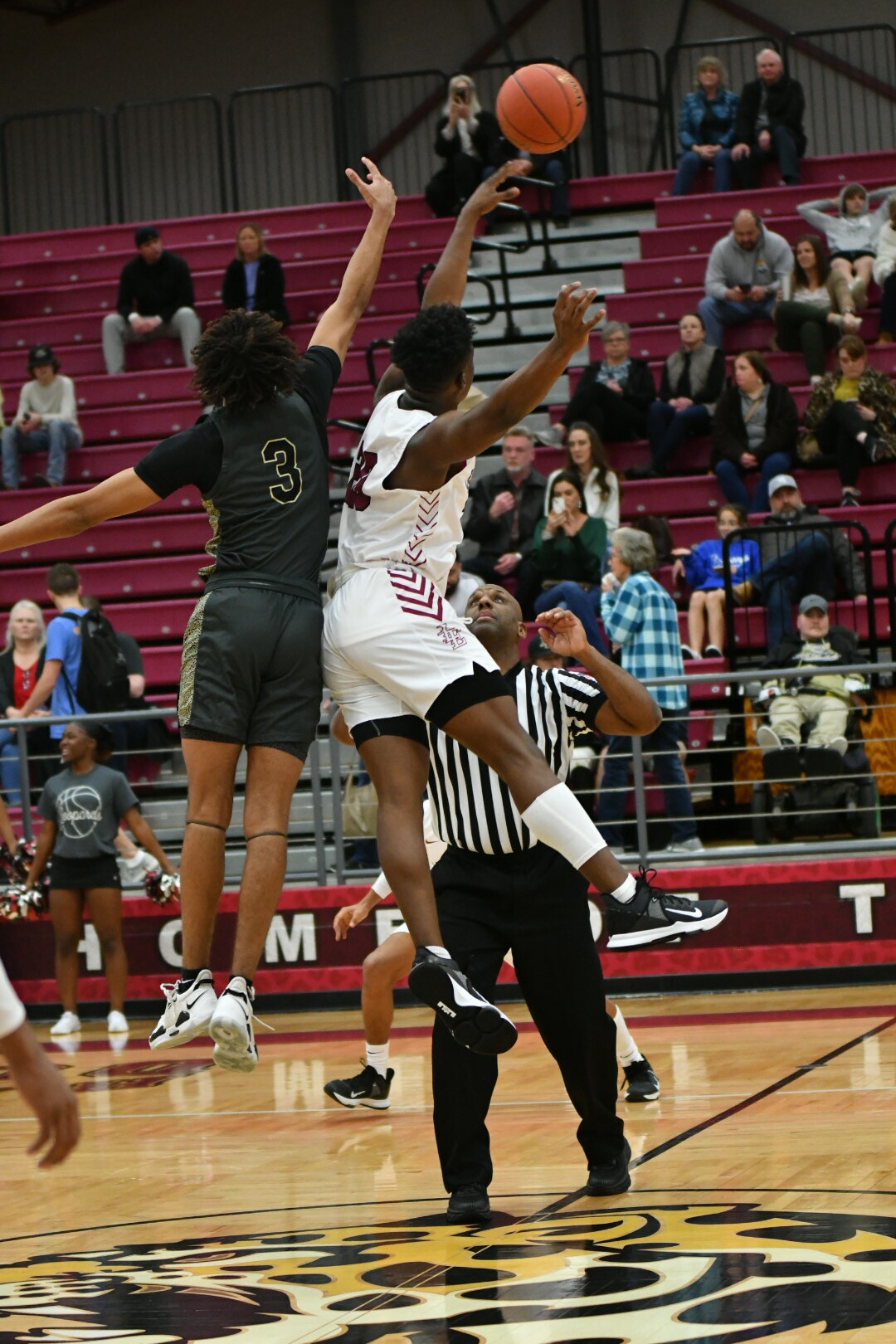 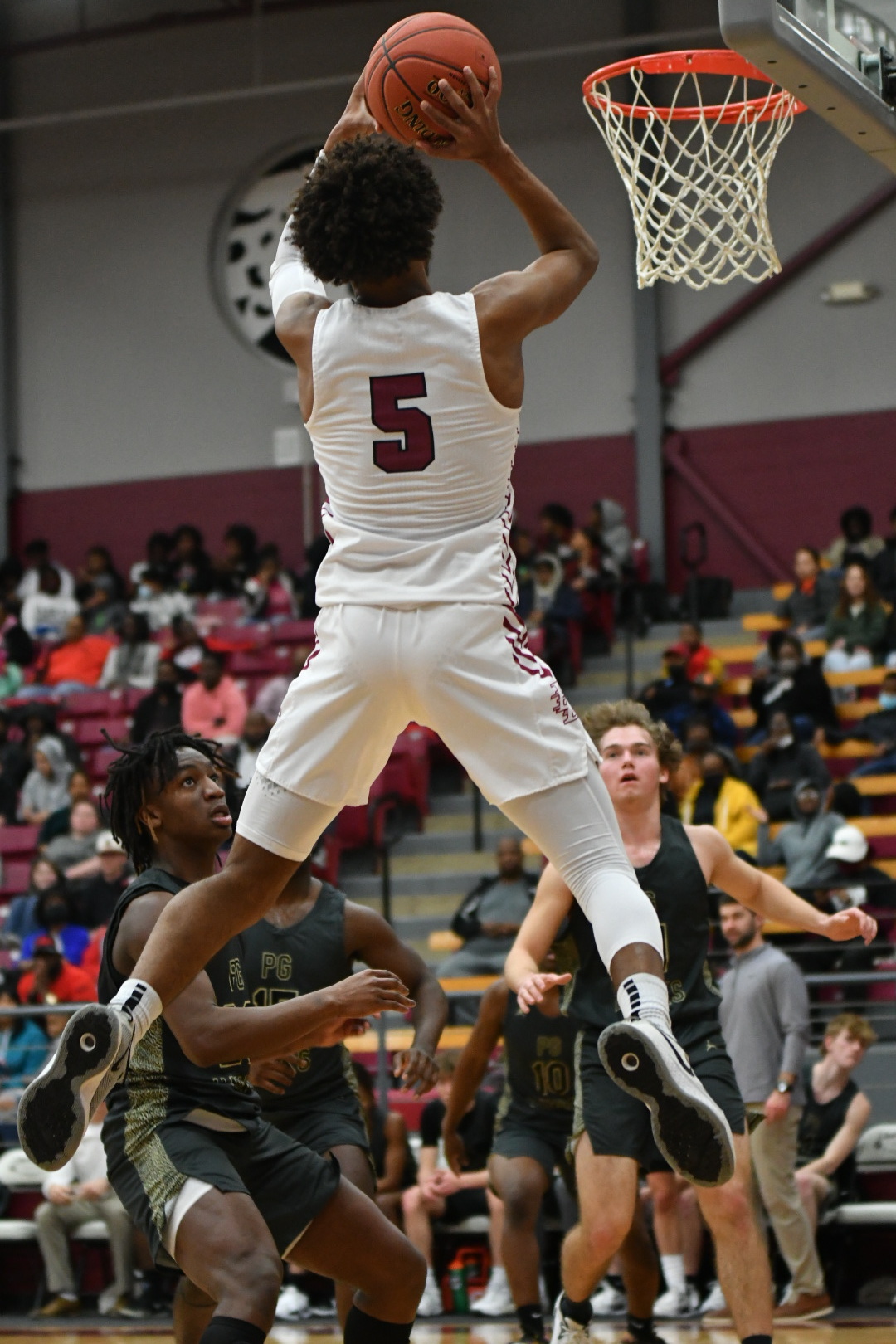