Rematches can be fun, particularly with a Super Bowl berth on the line.

NFL fans get a pair of them on Sunday.

Most intriguing simply for its historical significance is the 49ers at the Rams. Sure, it's a Cali kind of thing, but these are two of the proudest, most accomplished franchises in pro football history. They have met 145 times, with the 49ers taking the past six and holding a 75-67-3 mark against their downstate rivals. The Niners have won the only meeting this deep into the playoffs, 30-3 in 1989 on their way to a fourth of five Super Bowl crowns. The Rams own one of those -- when they represented St. Louis with the "Greatest Show on Turf."

It surely won't be a bad show in Arrowhead Stadium, either. Kansas City hosts a fourth consecutive AFC championship contest and seeks a third successive trip to the Super Bowl. Don't underestimate the resourceful Bengals, who beat the visiting Chiefs 34-31 on Jan. 2 to start the new year right by clinching the AFC North.

"We've got literally one more game to do whatever we've got to do, however we're going to make it happen, to go out there and get one more (win) to go to the Super Bowl," running back Joe Mixon said. "It's the biggest game you could ever imagine. As a kid, I didn't imagine it. And even right now it still feels like I'm dreaming."

Here's a stat that makes no sense, yet if it continued, the Niners will be in good shape. Perennial All-Pro Aaron Donald -- the defensive tackle was a unanimous choice this season -- has been practically invisible recently against San Francisco. Donald had only three pressures and zero sacks in the two losses to the 49ers in 2021.

"I feel like I've accomplished a lot in a short amount of time in this league," said Donald, the seven-time All-Pro and three-time Defensive Player of the Year. "The only thing I'm lacking now is being a world champion. To get to that point, we've got to win this week."

Both of these teams lost in recent Super Bowls, LA to New England, then San Francisco to Kansas City. If either of their superb All-Pro offensive weapons, wideout Cooper Kupp -- like teammate Donald a unanimous choice -- or 49ers receiver/running back Deebo Samuel do a ton of damage, it could be decisive.

According to FanDuel Sportsbook, the 49ers are 3 1/2-point underdogs despite the dominance they have exhibited in this rivalry. When a team has your number, well, just a hunch it will continue.

The Bengals could be a team to deal with for many years to come, which certainly would have seemed like Fantasyland two years ago. But QB Joe Burrow arrived with the top pick in the 2020 draft and appears to be the real thing. His former LSU teammate, WR Ja'Marr Chase, has been sensational as a rookie, and there are plenty of other weapons.

In some ways -- perhaps not the style so much as the results -- the Bengals remind some folks of the Chiefs. They're comfortable in a shootout and, while their defense isn't the game-breaking type, it can make big plays.

Pro Picks likes the 7 1/2 points Cincinnati is getting from the Chiefs, who in QB Patrick Mahomes, WR Tyreek Hill and TE Travis Kelce know all about being on this stage. We also believe the Bengals are a year ahead of schedule, and Kansas City will head to its third straight Super Bowl. 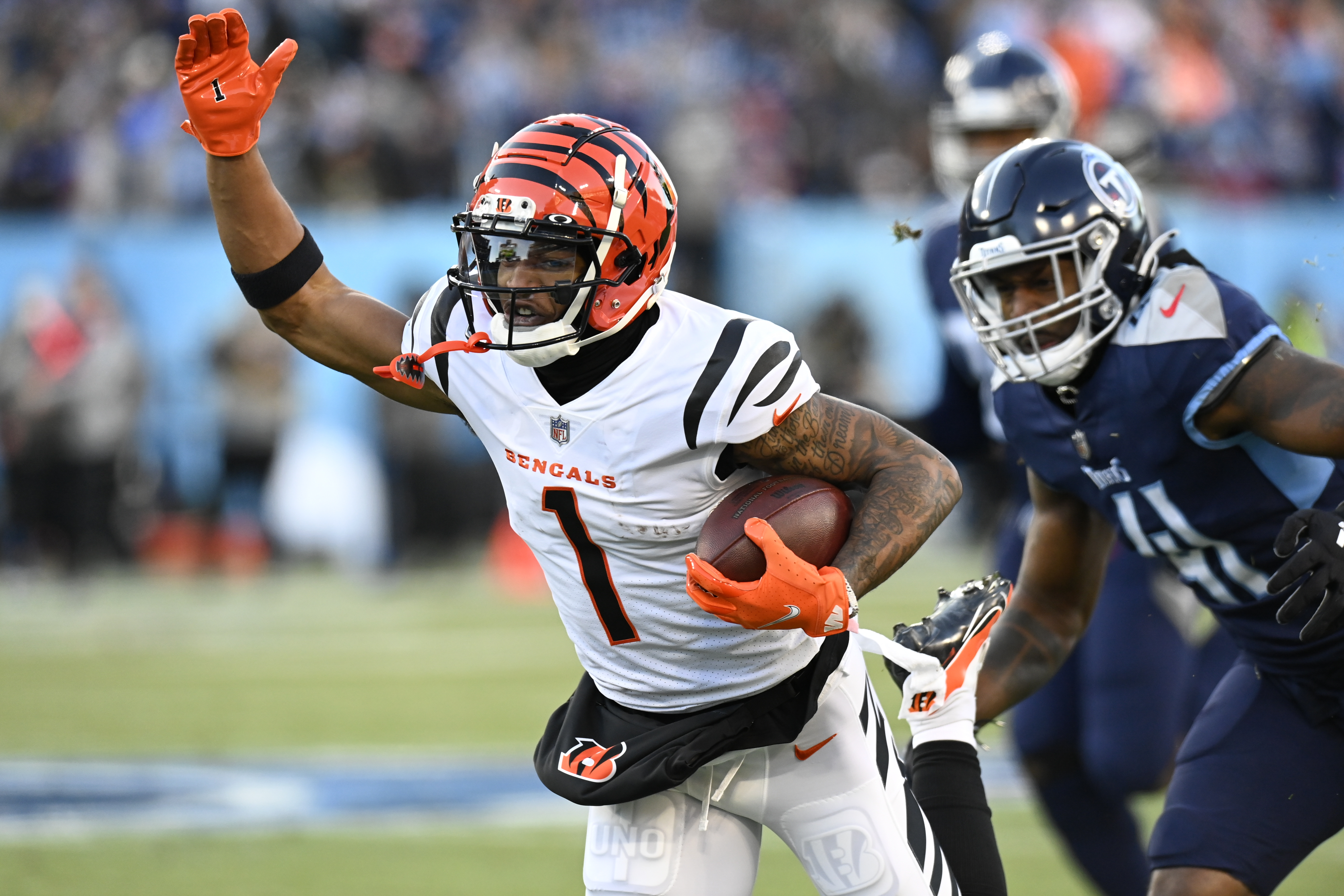 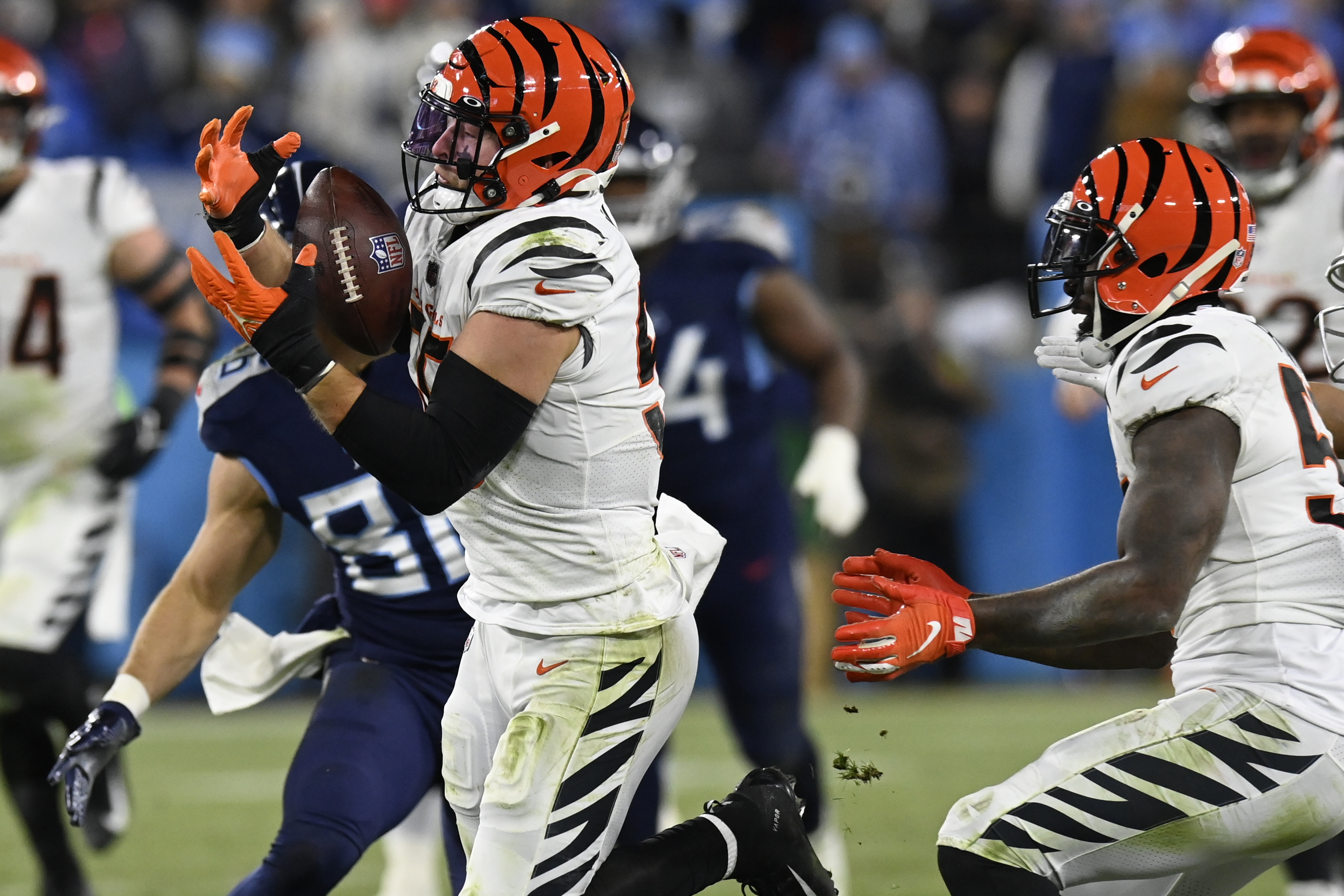 Cincinnati Bengals linebacker Logan Wilson (55) intercepts the ball against the Tennessee Titans during the second half of an NFL divisional round playoff football game, Saturday, Jan. 22, 2022, in Nashville, Tenn. (AP Photo/Mark Zaleski) 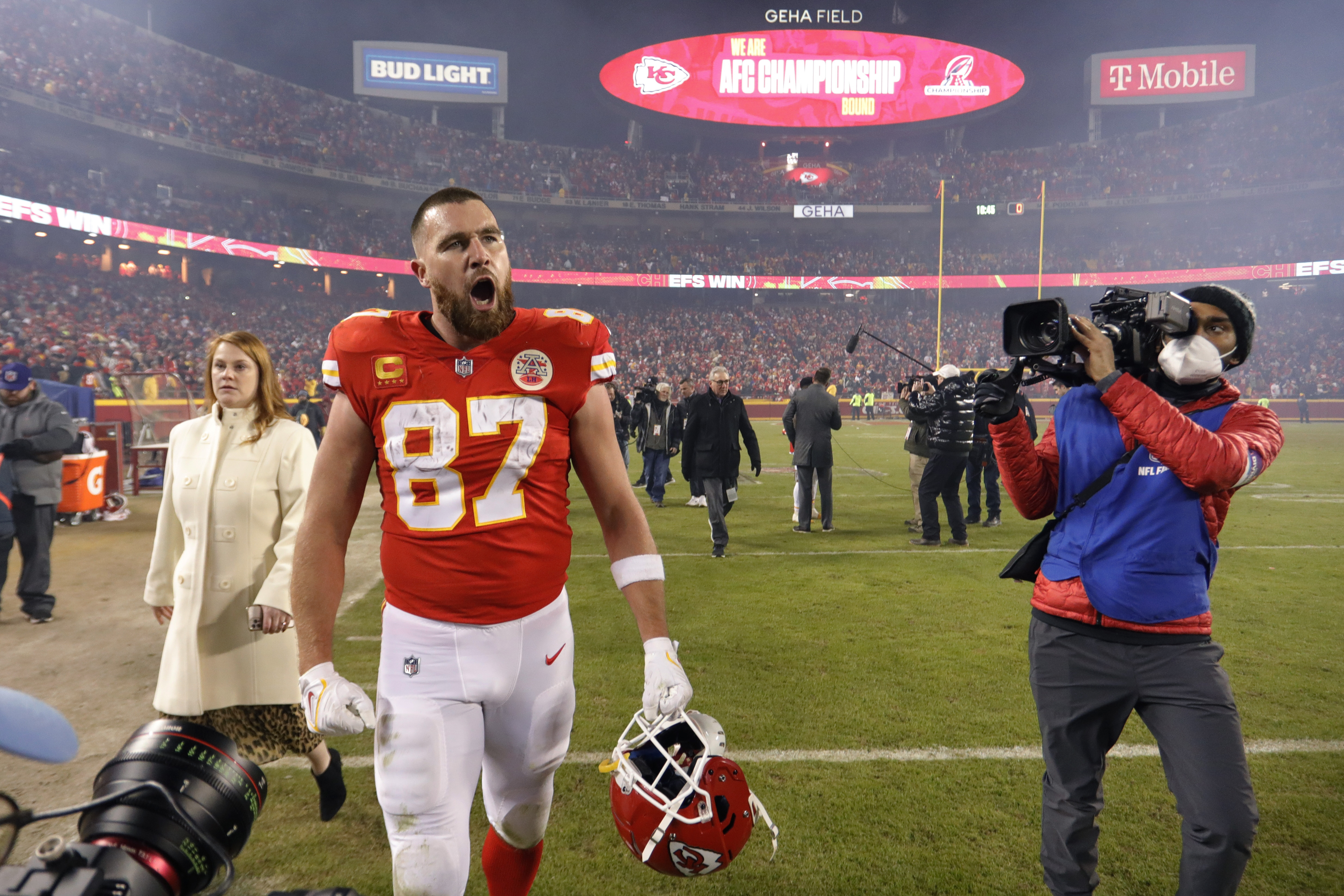 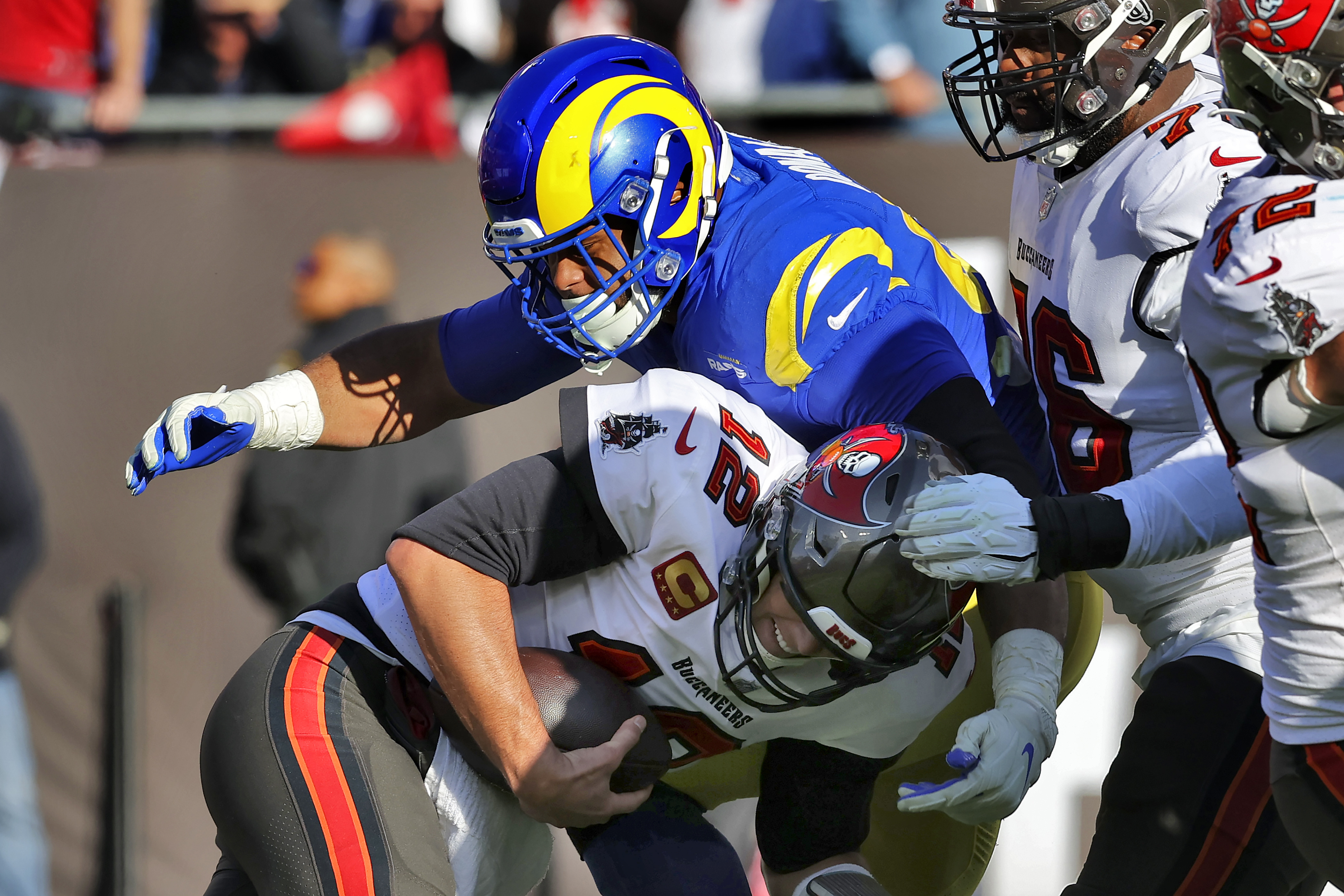 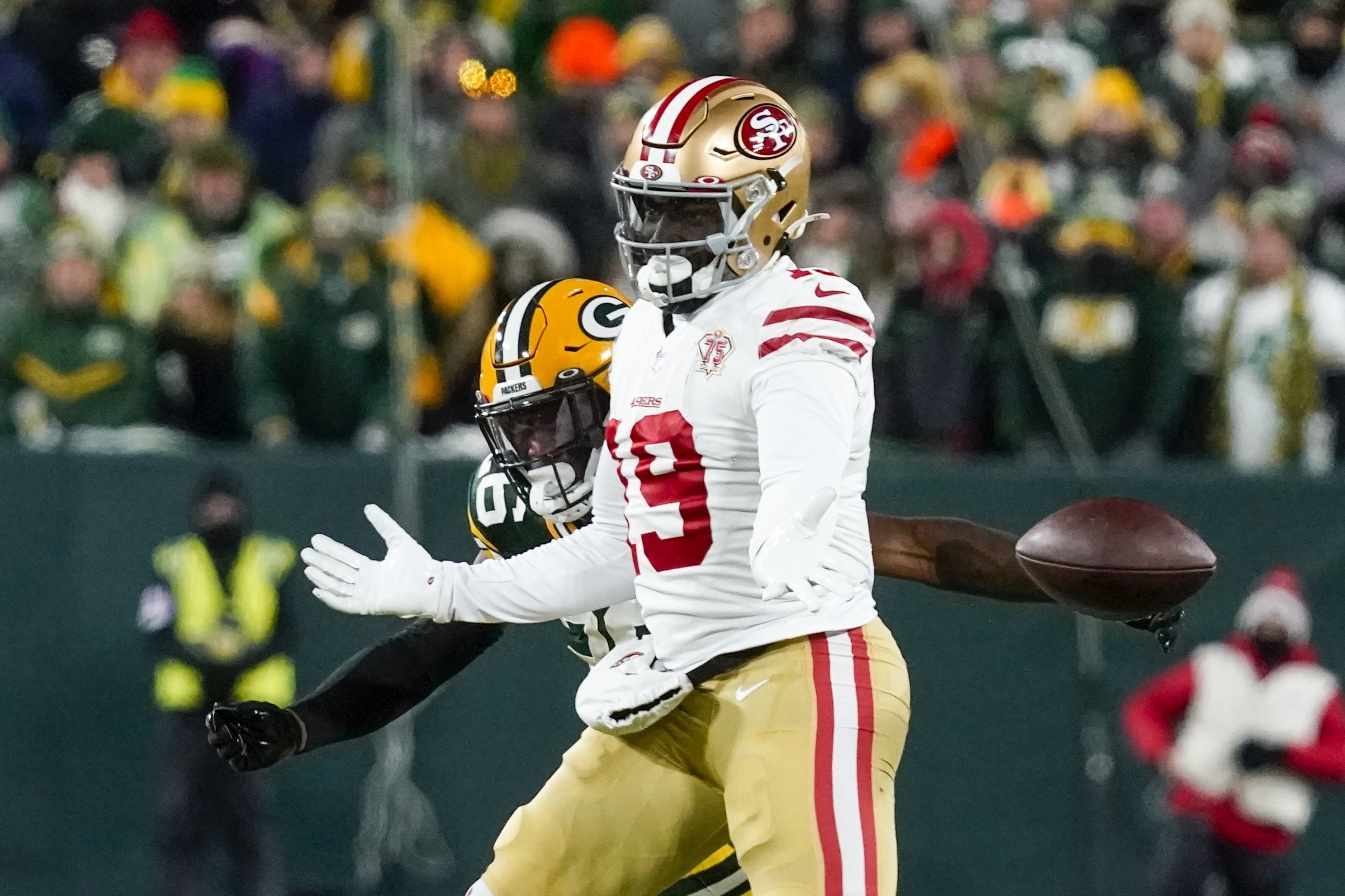 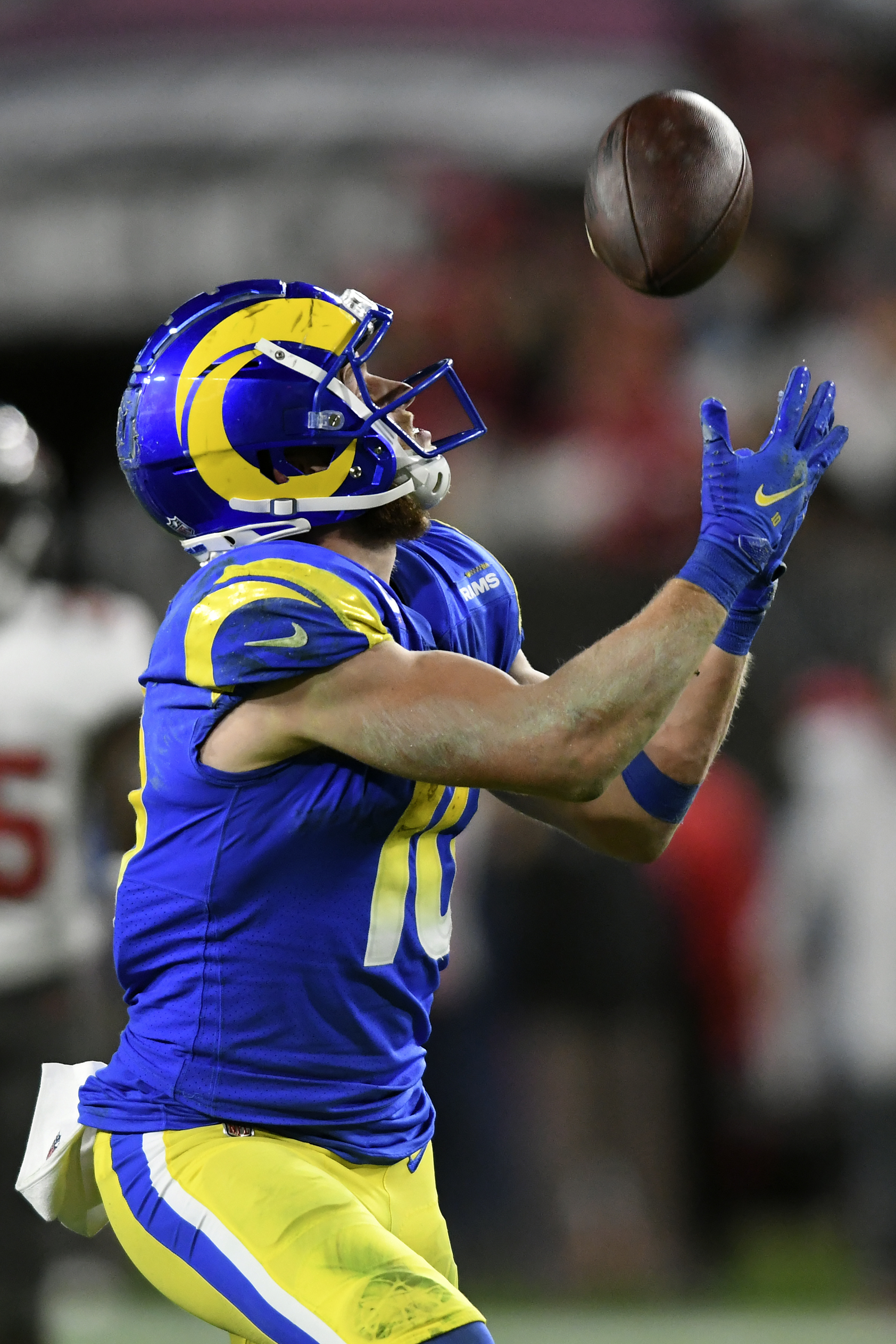 Los Angeles Rams wide receiver Cooper Kupp (10) pulls in a pass from quarterback Matthew Stafford during the second half of an NFL divisional round playoff football game against the Tampa Bay Buccaneers Sunday, Jan. 23, 2022, in Tampa, Fla. (AP Photo/Jason Behnken)