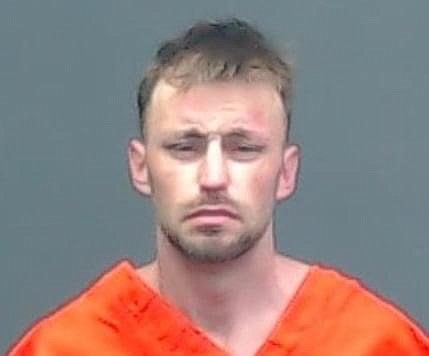 TEXARKANA, Texas --Police here have arrested a suspect for allegedly stealing copper from the air conditioning unit of a business on W. 5th Street.

Adam Morgan, 33, was arrested Thursday on a charge of theft of material, which is a state jail felony. He was booked into the Bi-State jail and his bond was set at $40,000 on Friday, according to the Texarkana Texas Police Department.

Early Thursday, police received a call about someone having burnt something along the wall of a business in the 500 block of W. 5th Street. Police discovered someone had cut the copper out of the air conditioning units and then tried to burn off the insulation from the copper tubing.

Whoever did it also left their bicycle sitting just outside the fenced enclosure where the A/C units were. Officer Jerrika Weaver also found a small piece of denim inside the enclosure that she thought probably was torn off the suspect's jeans as they tried to climb over the fence.

While Weaver was inside the business getting information for the report, one of the employees told her that they'd just seen a man walking in the alley and thought he owned the bicycle. Shortly after that, Sgt. Kris Smith saw Morgan allegedly riding the bike across a parking lot about two blocks away and stopped him. He noticed that Morgan allegedly had soot on this hands and a rip in his jeans that was the exact same size and shape as the piece of denim that Weaver had found.

Officers found the stolen copper hidden in a nearby alley -- as well as a couple other things that had been taken out of a truck parked there. The items were returned to their owners.