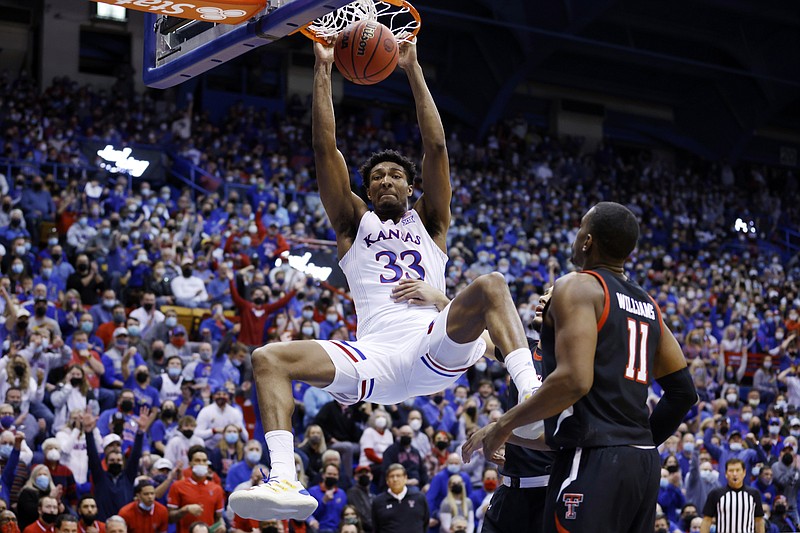 A look at the upcoming weekend around the Big 12 Conference:

GAME OF THE WEEKEND

The marquee game of the Big 12-SEC Challenge usually involves Kentucky or Kansas. This year, it involves both.

The No. 12 Wildcats head to historic Allen Fieldhouse on Saturday night to face the fifth-ranked Jayhawks in a matchup of college basketball's two winningest programs with a combined 14 national championships.

Kentucky and Kansas have become well-acquainted over the past few years. This will be the fourth meeting in the Big 12's annual duel with the SEC (the Jayhawks have a 2-1 edge); they've met four times in the Champions Classic, the early season doubleheader that includes Duke and Michigan State (they are 2-2); and they have split two NCAA Tournament games over the past 15 years, though the Wildcats got the one that mattered most in the 2012 title game.

"It's the bluest of the bluebloods -- Kentucky, Duke and North Carolina, the bluest of the bluebloods," Jayhawks coach Bill Self said, "and we get to hook up and the game really doesn't mean much. Let's call it like it is: It means pride, it means all that stuff, but it is not going to impact if each of us win the league. It may impact seeding line, but we should just let it go and play. Our guys will be so jacked and their guys will, too. That's going to be a big-boy game."

In other Big 12-SEC Challenge games involving ranked teams, fourth-ranked and defending national champion Baylor heads to Alabama in a matchup of two teams that went deep into the NCAA Tournament last March; Oklahoma visits Auburn, which is No. 1 for the first time in school history; Mississippi State heads to No. 13 Texas Tech, which took the Jayhawks to double-overtime on Monday night; former Texas coach Rick Barnes heads back to Austin with No. 18 Tennessee; No. 19 LSU visits surprising TCU; and Missouri heads to No. 23 Iowa State for a meeting of old Big Eight rivals.

Kansas guard Ochai Agbaji scored a career-high 29 points in turning back Texas Tech in double-overtime. That came after he scored 29 to lead the Jayhawks from a 16-point halftime deficit against Kansas State. The breakout senior is now averaging 21.3 points and 5.0 rebounds while shooting 52.7% from the field.

The Big 12 is 44-35 in the SEC Challenge. ... The league leads the nation in scoring defense with Texas at No. 1, allowing just 55 points per game. Texas Tech, Baylor, Iowa State and TCU also are in the top 20. ... Iowa State's Izaiah Brockington scored 19 points with a team-high 12 boards against TCU for his seventh double-double this season. ... Nijel Pack scored 35 points for Kansas State against the Jayhawks. ... West Virginia's Bob Huggins coached his 1,300th game on Jan. 22 against Texas Tech. That's the sixth-most in history behind Mike Krzyzewski, Jim Boeheim, Jim Phelan, Cliff Ellis and Jim Calhoun.

ON THE WOMEN'S SIDE

Kansas State's Ayoka Lee set Big 12 and NCAA records with 61 points in a win over Oklahoma last weekend. She also had a Big 12 record of 23 made field goals. ... Eight of the league's 10 teams are ranked or receiving votes this week, including four in the top 15. Seventh-ranked Iowa State is followed by No. 14 Oklahoma and Baylor and Texas in a tie for 15th. ... Iowa State had the best 17-game start in school history at 16-1. The Cyclones started 5-0 in Big 12 play for the sixth time in program history. ... The Longhorns are fifth in the nation in scoring margin and turnover margin and sixth in forced turnovers. ... West Virginia guard KK Deans has scored in double digits in 13 of her first 14 games this season. 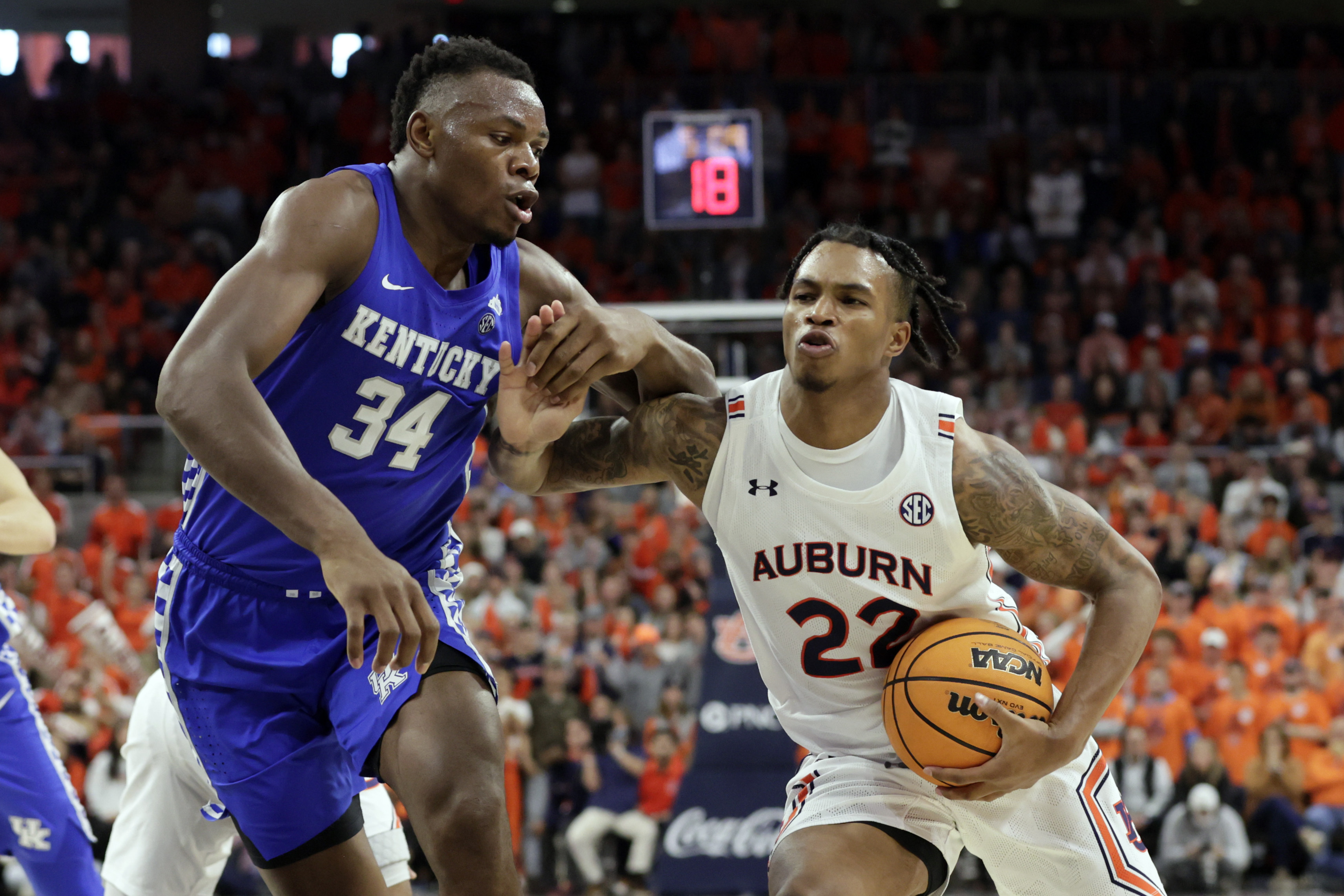 Auburn guard Allen Flanigan (22) is fouled by Kentucky forward Oscar Tshiebwe (34) as he goes to the basket during the second half of an NCAA college basketball game Saturday, Jan. 22, 2022, in Auburn, Ala. (AP Photo/Butch Dill) 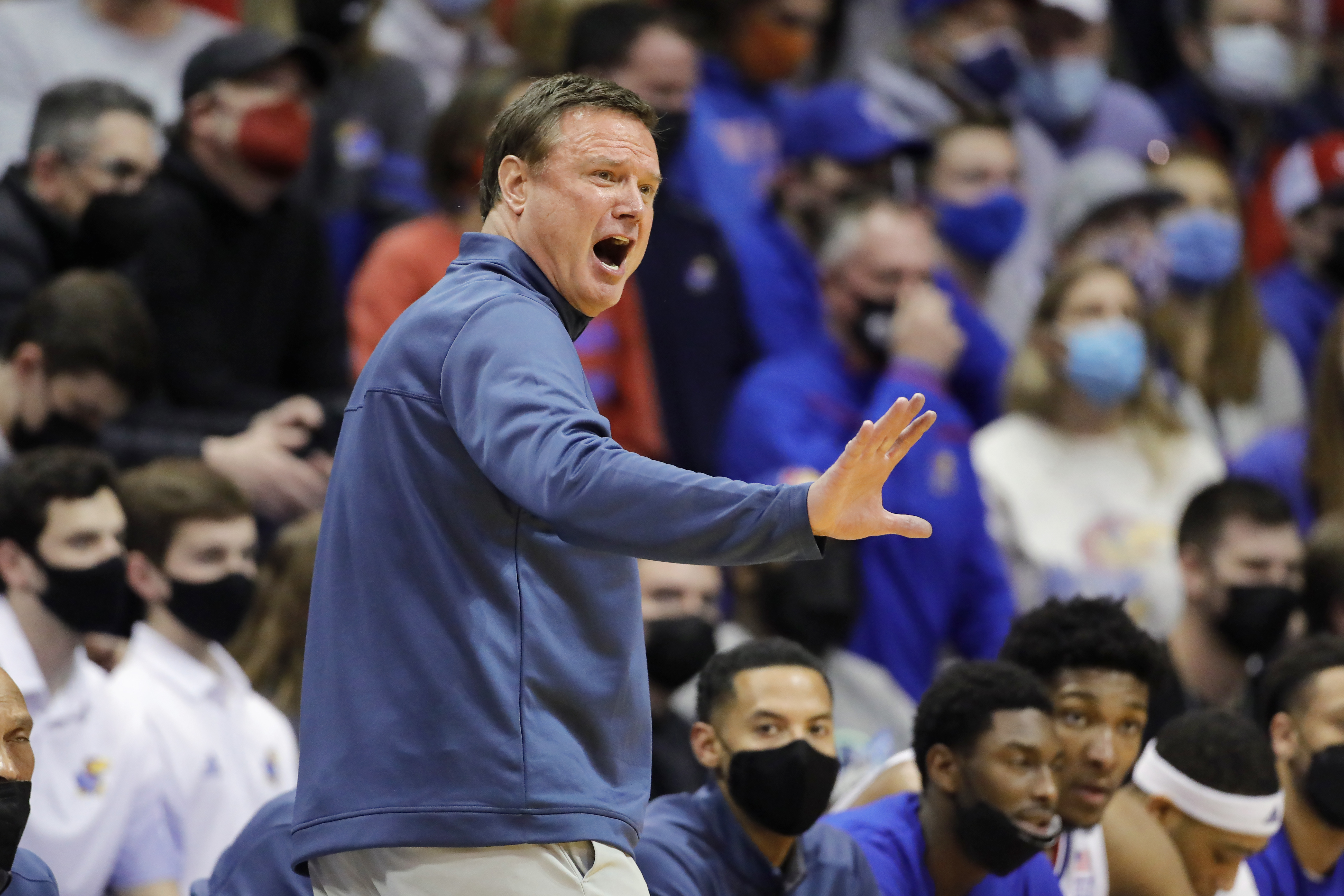 Kansas head coach Bill Self yells out to his players during the second half of an NCAA college basketball game against Texas Tech on Monday, Jan. 24, 2022, in Lawrence, Kan. (AP Photo/Colin E. Braley) 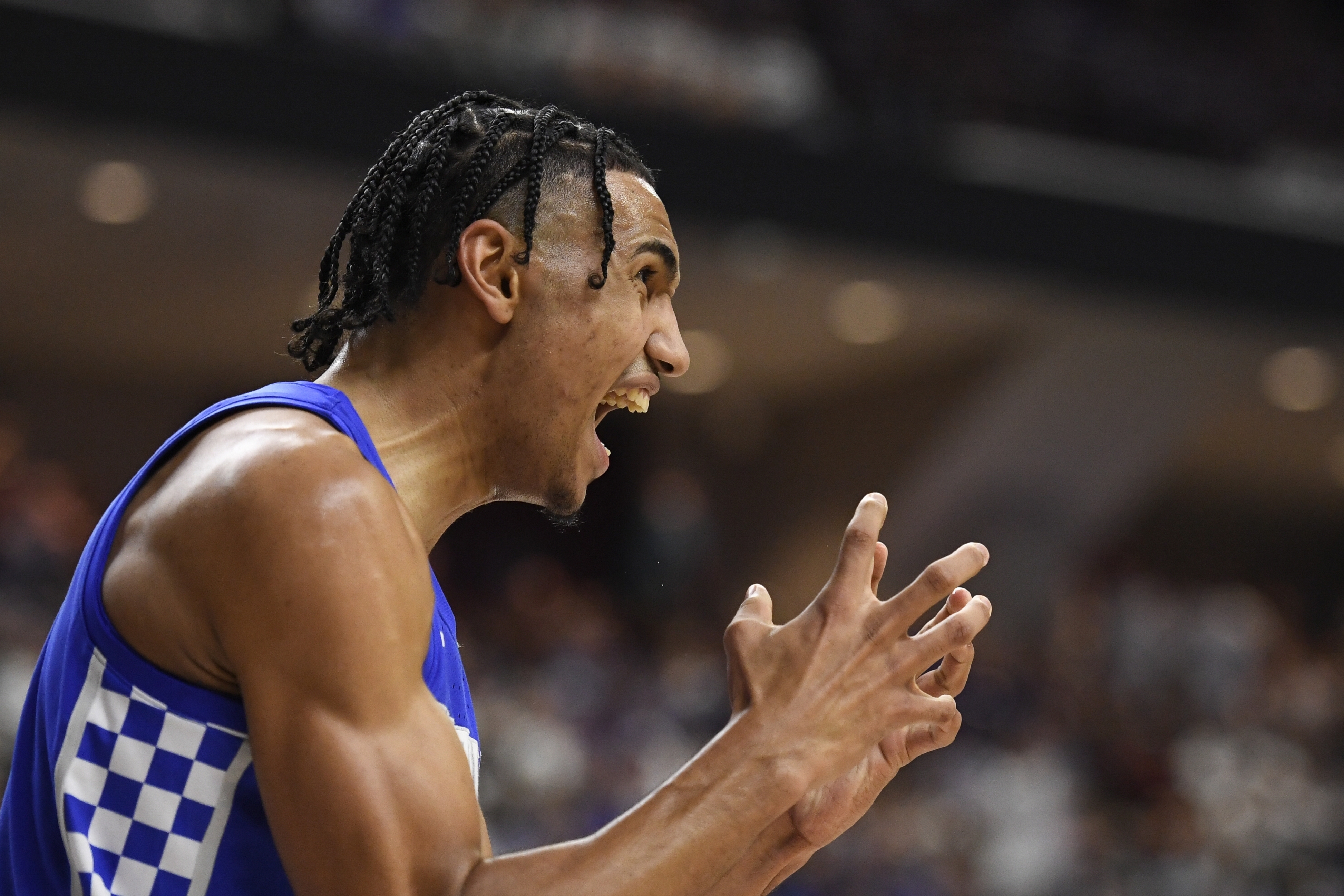 Kentucky forward Jacob Toppin reacts to a team foul called against Kentucky during the second half of an NCAA college basketball game against Texas A&M on Wednesday, Jan. 19, 2022, in College Station, Texas. (AP Photo/Justin Rex)