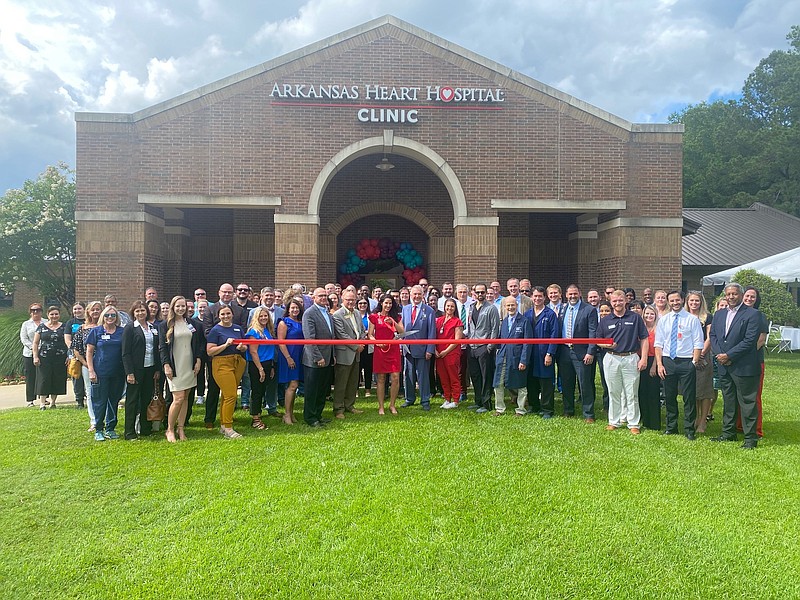 Members of the community gather for the ribbon cutting during a grand opening of Arkansas Heart Hospital's cardiology clinic Thursday, June 2, 2022, in Texarkana, Texas. (Staff photo by Andrew Bell)

TEXARKANA, Texas -- The Arkansas Heart Hospital held a ribbon cutting for the grand opening of its cardiology clinic on Thursday afternoon, ushering in a new level of cardiology care in the region.

The clinic is opening in several phases. Phase 1 began about two months ago, expanding cardiology care in Texarkana with the hospital's first out-of-state clinic.

"We're so excited to be here," CEO Dr. Bruce Murphy said. "We see the opportunity that Texarkana itself presents. It's on fire with development, and it's clearly a major key city that we are so happy to have been welcomed with sincerity to.

"We're having patients drive by, turn around, come back and try to make an appointment just because they saw the name out on the street -- which is fabulous."

The 21,000-square-foot building is at 3930 Galleria Oaks Drive. It includes a full-service cardiology clinic and, by early 2023, there will be an ambulatory surgery center.

Phase 2 will include implementing the first cardiac PET scanner in a clinic in the state of Texas, as well as an intensive cardiac rehab center. The third stage will convert the second half of the building into an ambulatory surgery center, including fully equipped hybrid catheterization labs and pre/post-operative rooms.

"We plan on bringing the highest level of technology to this location," Murphy said. "There will be a continuous line of superlative, world-class talent that's coming to this location."

Mayor Allen Brown of Texarkana, Arkansas, said it's great to see an Arkansas company expand to Texarkana, Texas, as the sister city is already seeing a fair number of Arkansas patients in the area.

"It's no secret that heart disease is the leading cause of death in the United States among men and women," Brown said. "The state of Arkansas ranks third in the nation in heart disease deaths. That's a staggering statistic. So having as many resources as possible available in Texarkana is great for our community."

Murphy said in a past interview that the hospital had been eyeing Texarkana as a target for an expansion project for almost two years. He said there should be around 120-125 full- and part-time jobs created from the project.

Arkansas Heart Hospital has 25 clinics throughout Arkansas -- with 10 being full-time clinics -- and two hospitals, one in Little Rock and one in Bryant.

AHH has a clinic in Hope, Arkansas, with roughly a third of its patients possessing a Texarkana, Texas, ZIP code. This is in addition to programs like Keep the Beat, which is a heart screening and educational program provided by Arkansas Heart Hospital, that are full of patients from East Texas or Southwest Arkansas areas.

"The national trend in all of medicine is to do as much as an outpatient to minimize the cost and maximize safety, and that's the road we're going down," Murphy said. "And we're going down that road in a sequential fashion." 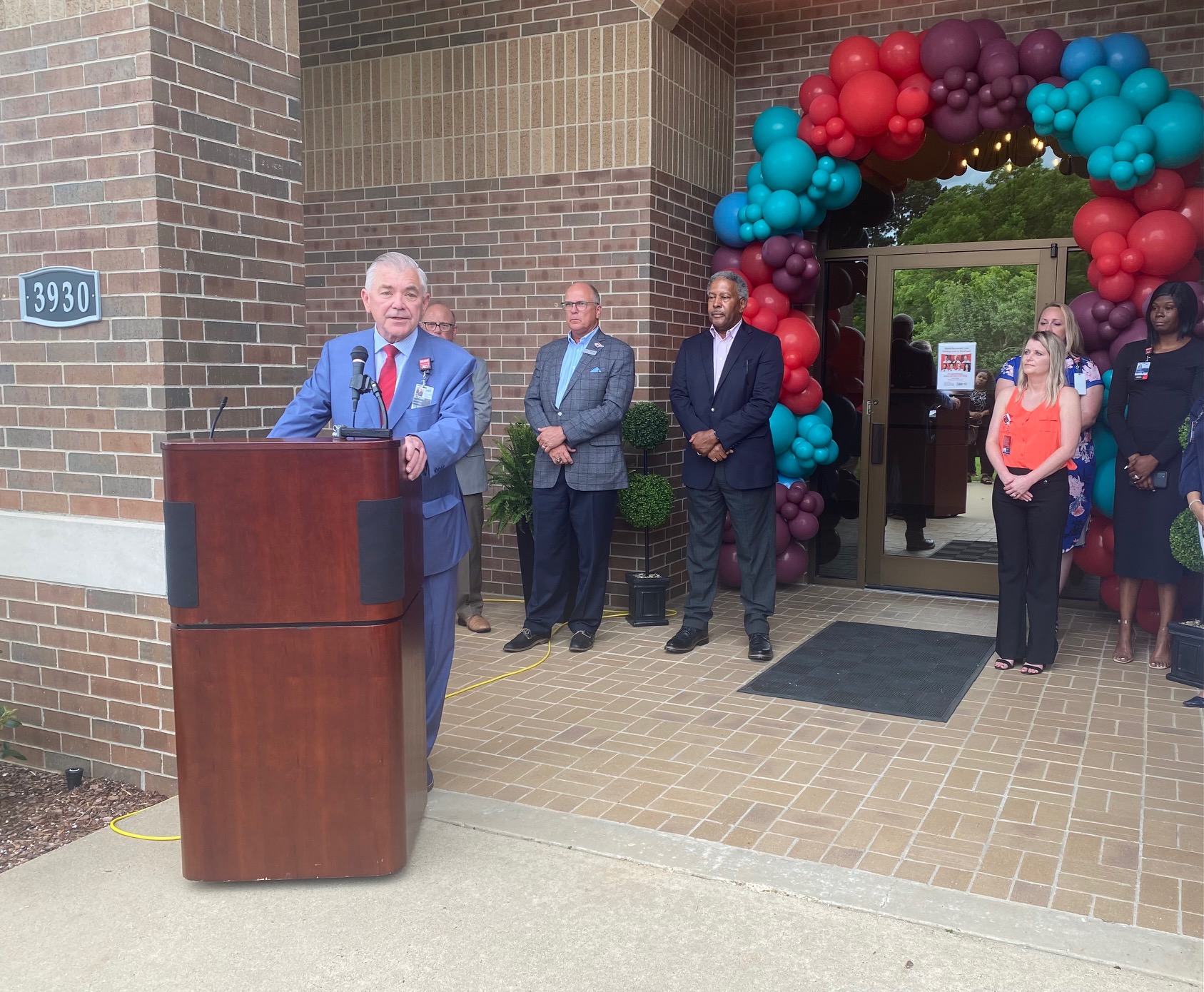