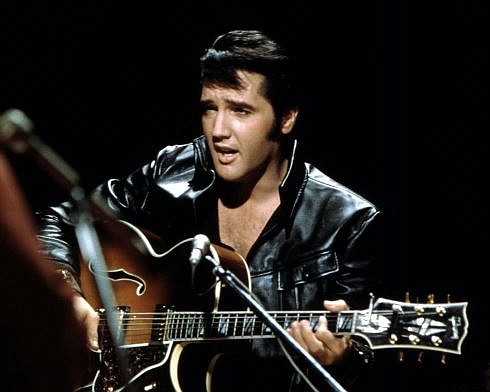 This week in 1960: National Council Of Churches assailed sex and violence on radio and TV; U.S. Army announced the first known interception of one guided missile by another; a Marine helicopter rescued U.S. officials from their car besieged by rioters in Tokyo; and a singer from Tupelo, Mississippi, was six months away from a hit record on a song that he did not want to finish recording.

Several songs that might have been hit records have been discarded during the actual recording sessions because the artist changed their mind about the tunes after starting to record them.

Such was almost the case for Elvis Presley's 1960 hit, "Are You Lonesome Tonight?"

Elvis reportedly liked the song when he first heard it – decided to record it – but during the recording session changed his mind and did not wish to finish it.

He began recording the song with the lights out, at his request.

According to recording engineer Bill Porter, there was only an acoustic guitar -- a bass, The Jordanaires and Elvis on the session and The Jordanaires made a mistake on the ending of the song by going to the wrong chord. After barely getting started on the second take, Elvis stopped the session and told record producer Steve Sholes to throw the song out because he couldn't do it justice. Sholes thought the song was a hit and persuaded Elvis to re-record just the ending of the song, then told Bill Porter to splice the tape and add the re-recorded ending to the rest of the song.

Porter spliced the tape as Sholes had requested and Presley's RCA Victor single "Are You Lonesome Tonight" came on the country charts Dec. 12, 1960 and peaked at No. 22.

It was Presley's 30th charted song and was on the charts for six weeks.

The single made it to the top of the pop charts and stuck there for six weeks. The song is also in The Grammy Hall Of Fame.