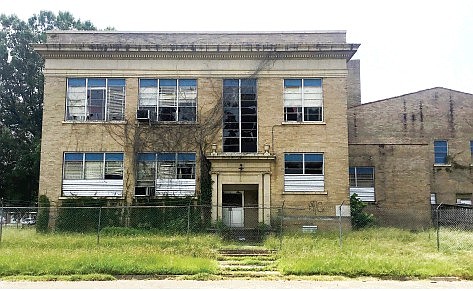 TEXARKANA, Texas -- The Dallas-based owner of the former Pine Street Junior High School argues that a special panel's $167,000 appraisal of the campus does not account for its historical improvements.

Texarkana Independent School District is attempting to acquire the property from Old School Lofts through eminent domain after failing to negotiate a purchase price with owner and developer John Stone.

In March, a panel of commissioners appointed by Bowie County Court at Law appraised the property at $167,000. Old School Lofts objected to the amount, arguing that the appraisal "does not provide just compensation for the property," said Justin Hodge, Stone's lawyer, in a recent interview.

To avoid trial, the parties would have to negotiate a mutually agreeable settlement within the next month or so.

In January 2014, the property received historic designation by the Texas Historic Commission. The National Register of Historic Places awarded its designation in March 2014, despite the opposition of members of Texarkana, Texas, City Council.

Stone, in an August 2021 interview with the Gazette, said he worked at acquiring the historic designations to prevent the district from tearing it down the old school. He said it would take a clawback provision from the district that it would never raze the building for him to consider additional negotiations.

TISD attorney John Mercy told the Gazette shortly after the March hearing that the district would consider potentially demolishing the property's buildings and look to construct a foundation for a new school. It also would consider salvaging any parts of the property that could be kept.

Mercy last month said he hopes an agreement can be made between the two parties soon to avoid trial.

"We're going to keep talking to them, and hopefully we can work it out to where it doesn't go to trial. But if it does, it does."

There has been no update as to if or when a meeting of the two parties may occur to hash out an agreement.

"Old School Lofts remains open to negotiating with TISD toward a mutually agreeable settlement and resolution of the case," Hodge said.

The building at 1915 Pine St. formerly served as the district's high school before becoming Pine Street Junior High School in 1967. It was officially retired by TISD in 2003.

Stone acquired the campus in a land swap with TISD in 2005. He also owns the long-vacant McCartney Hotel in downtown Texarkana.

At the time he bought the Pine Street property, Stone proposed a plan for senior loft apartments, among other potential uses. Those plans have yet to come to fruition.

In September 2021, TISD approved a resolution authorizing the acquisition of the property by eminent domain. 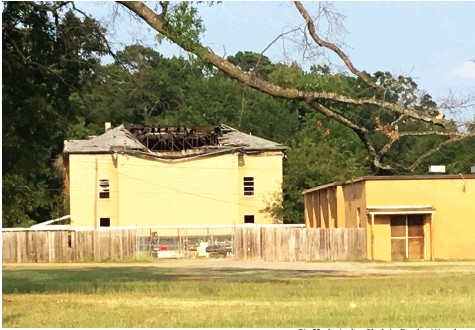 Drivers on Texas Boulevard or New Boston Road where they intersect get a clear view of the damage to one of the roofs on the Pine Street campus. (Gazette file photo)