Change was a good thing for Eddy Arnold

This week in 1955: The U.S. established air bases in Taiwan to pursue the struggle with Communist China; AEC announced the ability to build cheap H-bombs of virtually limitless size; the first executive jet plane Beech Paris was displayed in Purchase, New York; and a singer from Henderson, Tennessee, had his 63rd hit record and his 20th No. 1.

Eddy Arnold was of those artists who always said he was never afraid of change or afraid to try something new. And one of those changes happened in 1955.

Eddy said, "Back in 1955 I just decided that I'd try something new – a change. I was never afraid of change and this was a kind of big change for me. Mr. Steve Sholes, my A&R man at RCA Victor Records came to town and brought Mr. Hugo Winterhalter with him. He brought him out to my house and I was very pleasantly surprised. Mr. Winterhalter was a very talented and very famous conductor and arranger. I was kind of expecting someone of Mr. Winterhalter's talent to be a sort of "stuffed shirt" and a little stuck on himself. Surprisingly enough the man was exactly the opposite! He was very friendly and down to earth – just a fine man and he certainly knew his business. I liked him right away and we decided to re-record "Cattle Call" with all the French horns and everything. Now hearing all those extra instruments in the studio took some getting used to but I did and the record came off just great! In fact – great enough to sell over half a million records, and now this was 1955 – and that was something!

Thirty-eight of his 146 country charted songs also charted on the pop charts.

Eddy Arnold joined The Grand Ole Opry in 1943. He was inducted into The Country Music Hall of Fame in 1966. He was awarded a Grammy Lifetime Achievement in 2005.

Join Doug Davis for "Roots Of Country" from 6 a.m. to noon Saturdays and 6 a.m. to noon Sundays for "Sunday Country"on The Pig – 103.9. You can also listen online at Mypigradio.com. 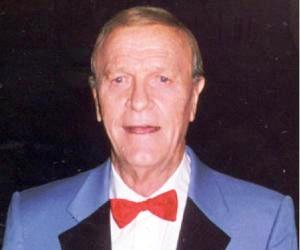 Print Headline: Change was a good thing for Eddy Arnold