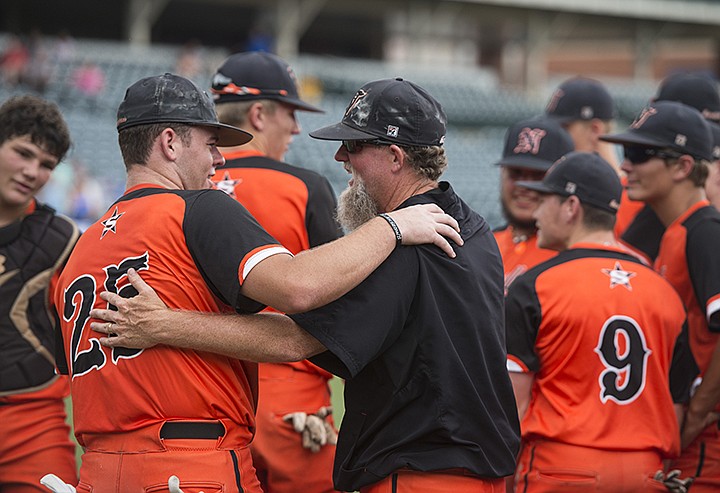 NASHVILLE, Ark. – For the first time in over two decades, Nashville baseball will have a new skipper filling out the lineup cards.

After 20 years in the position, Kyle Slayton has stepped down as the Scrappers' head coach. Prior to coming to coming to Nashville, he was at Fouke for five years as head baseball coach.

"Nashville's program was pretty good when I got here," Slayton said. "They might not have had success at the championship level, but they had good players. The biggest thing we did when we came in was play a full schedule. My first year we played 37 games."

"We've always had good players," Slayton said. "And that number has increased each year, and we had more and more and more success. We put Nashville on the map as not just a football town – it had always been known for its football. The back-to-back-to-back state championships were really special.

"Nashville is a special place, it's a special town when it comes to sports," Slayton said. "We've had a lot of success and won a lot of games. It seems crazy that I've coached almost 800 games in my career, and they go by so fast. It doesn't seem like it's been 25 years.

"Come March I'm going to miss it, but I'm also going to get to sit down there and watch my son play. Having the extra time for my family and for just me and him to work together is going to be special. It has been a super run, and I'll still be around but it won't be that daily grind like it has been the last 25 years."