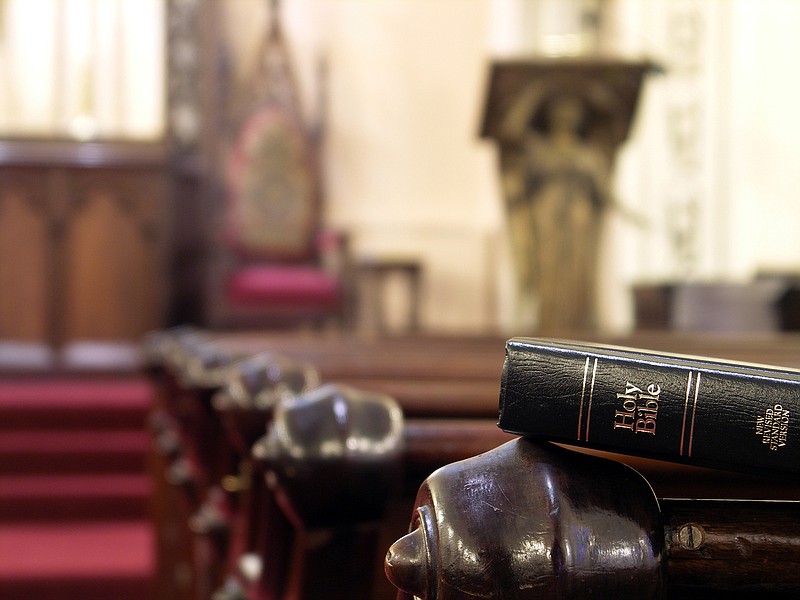 Members of the Southern Baptist Convention, the country’s largest Protestant denomination, will have an important decision to make at their annual meeting this week: Whom to elect as their next president. (Dreamstime/TNS)

DALLAS -- Members of the Southern Baptist Convention, the country's largest Protestant denomination, will have an important decision to make at their annual meeting this week: who to elect as their next president.

The election comes in the wake of a shocking report detailing how convention leaders mishandled allegations of sexual abuse against clergy members for nearly 20 years.

Among the candidates is Bart Barber, a native of Arkansas who has served as a pastor at First Baptist Farmersville in Collin County, Texas, since 1999.

Barber, one of three candidates for the presidency, said he believes the convention needs fresh leadership to help churches "navigate our differences and resolve our conflicts in healthy ways."

"I think we can all see that the fault lines in our nation are growing wider," Barber said. "If elected, I want to leave office and pass down to my children a healthier climate in our convention, in which we can carry on discussion, solve problems, and make decisions together."

The election at the convention's annual meeting in Anaheim, Calif., is crucial, experts say, because whoever local church delegates, referred to as messengers, elect could have significant influence on how the convention responds to the bombshell report.

While Barber has "paid his dues" within the organization, including being a member of seven SBC churches throughout his life and currently serving on the convention's committee on resolutions, he's not necessarily a shoo-in, said Mark Wingfield, executive director and publisher of the nonprofit news service Baptist News Global.

Barber has been outspoken about desiring a stronger response from the church about allegations of sexual abuse.

"In 1 Corinthians 5:2, the Apostle Paul addresses a church full of members who were innocent of sexual misconduct but who were fellow members of the church with someone who was guilty of sexual misconduct," Barber said. "He told them -- the innocent parties -- not to be arrogant, to mourn, and to remove the offender from their midst. That's the biblical plan, and it sounds about right to me."

Barber said the convention should respond to the report with "mourning and lamentation" and then focus on preventing abuse and seeking justice against abusers.

"Any churches who aren't on board with those goals should be disfellowshipped from the Southern Baptist Convention," he said.

The next president could also be charged with appointing a new task force to carry on the work of the current sex abuse task force, which was in charge of overseeing the third-party review of sexual abuse allegations that resulted in last month's report.

There has been division among Southern Baptists about how transparent the convention should be regarding sexual abuse investigations and how far the concept of local church autonomy should extend. Such considerations are likely to be on delegates' minds as they make their vote, said Barry Hankins, professor and chair of history at Baylor University.

"It's sort of a division over how the SBC should be investigated or investigate," Hankins said.

In addition to the sexual abuse report, this year's election is unique in that all of the candidates are pastors of small churches and are not widely known among Southern Baptists.

Experts said Barber's beliefs are closer to that of outgoing president Ed Litton. His main opponent, Florida pastor Tom Ascol, supports a more fundamentalist operation of the convention, which differs from the leadership of the last several decades.

"The contest right now is between one faction of theological conservatives who are really wanting to continue to fight the culture wars within the Republican party, sort of a Trumpian supporting faction of Southern Baptist," Baylor professor Hankins said. "On the other side, you have these conservative evangelicals who would like to steer the denomination away from culture war and emphasize evangelism and missions, converting people to Christianity."

Convention presidents are elected for one-year terms and can serve up to two. It would take several presidents to make sweeping changes to how the convention operates, making this year's win primarily symbolic, Hankins said.

Nearly 10,000 messengers are expected to show up to the June 14 and 15 meeting. When it comes to electing the next president, experts say anything can happen.

"There are so many wild cards this year," Wingfield said. "If I were a betting man, I would not bet on" any one candidate.