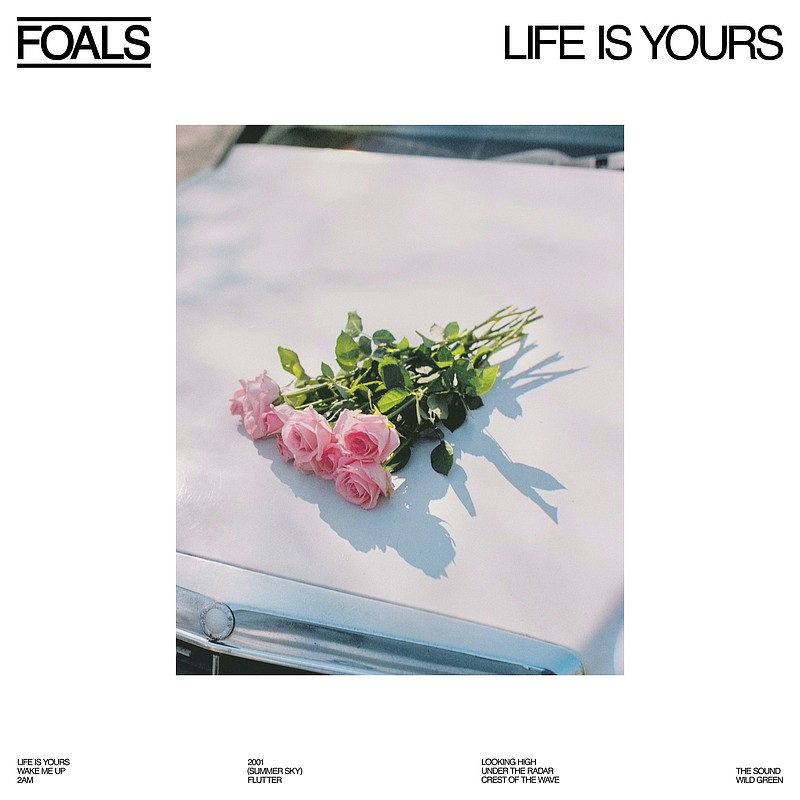 "Life Is Yours," Foals (Warner Records)

Indie-pop art rockers Foals gave us more than enough to process with their last offering. Now they seem to want us to dance. And dance we must.

The upbeat, very funky and always brilliantly layered, 11-track "Life Is Yours" captures a band between clouds, the perfect slice of summer fun. Look no further than "2001," a slice of disco-smeared funk, and "2AM," a propulsive ode to not going home alone.

In 2019, the British band gave us not one but two albums in its "Everything Not Saved Will Be Lost" double album, separated by seven months. It was complex, socially conscious stuff, with exits buried underground, dead foxes, burning hedges and rain. Now the sun is out. "I've packed my bags/I've found new ground," frontman Yannis Philippakis sings.

Escapism may be the word as Foals look back on parties and recreational drug-fueled gatherings, a clear reaction to lockdowns and isolation. "'I've been waiting all day inside/Waiting for a summer sky/When we run wild," Philippakis sings.

Having shed two members, Foals -- now a three-piece with multi-instrumentalist Philippakis, drummer Jack Bevan and guitarist and keyboardist Jimmy Smith -- oddly don't sound like they've lost 40 percent of their sound. They've tapped several different producers this time and a varied, addictive take on the upbeat has been achieved.

The second half is positively dance hall psychedelic, with "Wild Green" a synth-led ode to spring, and "The Sound" almost veering into dubstep. "Under the Radar" has Philippakis' voice heavily synthesized in an '80s New Wave song skeleton and ends with his falsetto soaring.

The shimmering "Crest of the Waves" sounds like it was birthed in a ray of sunshine. Philippakis says he's waiting in the warm waves of the Caribbean, and isn't it time we paddled out to meet him?