Montana governor under fire for vacationing during flood 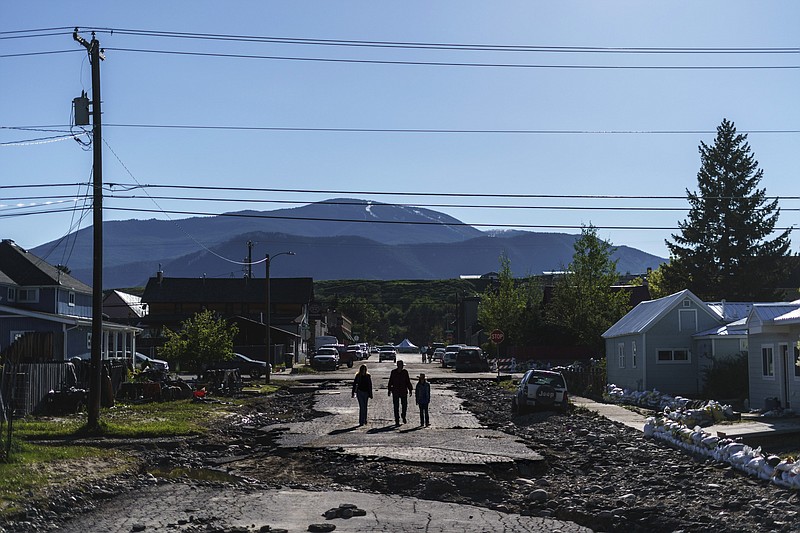 RED LODGE, Mont. -- As punishing floods tore through Yellowstone National Park and neighboring Montana communities, the state's governor was nowhere to be seen.

In the immediate aftermath, the state issued a disaster declaration attributed to the Republican governor, but for some reason it carried the lieutenant governor's signature.

It wasn't until Wednesday -- more than 48 hours after the flood hit the state -- that Gov. Greg Gianforte's office acknowledged he was out of the country, though it wouldn't say exactly where he was, citing unspecified security concerns.

Gianforte finally returned on Thursday night from what his office said was a vacation with his wife in Italy. But he found himself facing a torrent of criticism for not hurrying home sooner and for not telling the public his whereabouts during the emergency.

"In a moment of unprecedented disaster and economic uncertainty, Gianforte purposefully kept Montanans in the dark about where he was and who was actually in charge," said Sheila Hogan, executive director of the Montana Democratic Party.

Gianforte, 61, is a tech mogul elected governor two years ago. He made headlines when he body-slammed a reporter the day before winning a seat in Congress in a 2017 special election. He initially misled investigators about the attack but eventually pleaded guilty to misdemeanor assault.

While Gianforte was away, Montana's lieutenant governor served as acting governor. And in Gianforte's defense, his office said he was briefed regularly about the flooding, which caused widespread damage to small communities in the southern part of the state and had threatened to cut off fresh water to Billings, the state's largest city.

But Gianforte's critics seized on his mysterious disappearance and started the mocking social media hashtag #WhereIsGreg. Montanans and others traded wisecracks about Gianforte and the Appalachian Trail -- a reference to former South Carolina Gov. Mark Sanford, who disappeared in 2009 and had his staff tell reporters he was hiking the Appalachian Trail while he was actually having a tryst with his lover in Argentina.

"Truthfully, it speaks for itself. It just does," Democratic U.S. Sen. Jon Tester of Montana said of the governor's AWOL status as he toured flood damage in Red Lodge on Friday. "When you're in public service, there are things that take precedent, and this is pretty important."

Gianforte finally toured the flood zone Friday but didn't address his absence. He instead encouraged visitors to still come to the Yellowstone region.

"Here's a very simple message for people that have planned trips to Yellowstone Park: We're open. You've got to come. There's so much to do in Montana," he said. "The vitality of our communities depend on it, and your families need what we have in Montana."

The floods washed away roads, bridges and houses and closed all of Yellowstone, threatening some of the communities on the park's outskirts that depend heavily on tourists visiting one of America's most beloved natural attractions.

Yellowstone officials said they could reopen the southern end of the park as soon as next week, offering visitors a chance to see Old Faithful and other attractions. But the northern entrances in Montana, which lead to the wildlife-rich Lamar Valley and Tower Fall, could be closed all summer, if not longer.

Scott Miller, a commissioner in Carbon County, where flooding heavily damaged the town of Red Lodge and other areas, said Friday that he had been able to contact the governor by phone when he needed to and that the state did not neglect any duties.

"The fact that the governor has been on vacation -- there's been no hiccups," Miller said. "That's why you have people in your cabinet."

In Red Lodge, Tester hesitated to criticize the governor, acknowledging he was in Washington this week working on a bill for veterans.

"Some could say, 'Jon, why didn't you come back Tuesday or Wednesday?'" Tester said. "These are hard situations. I don't know what his circumstances were. ... I've got a decent working relationship with the governor and want to continue that." 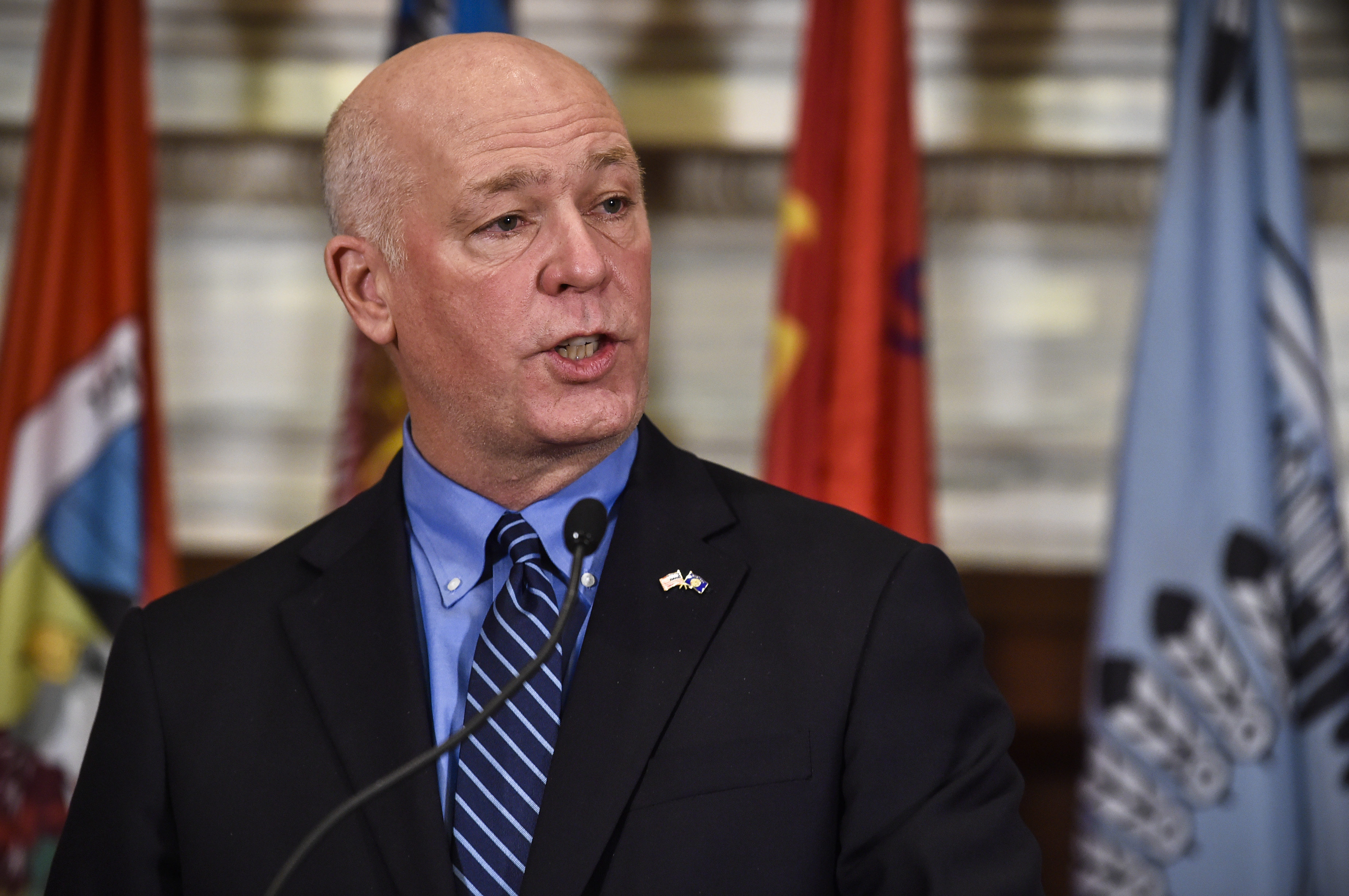 FILE - In this Jan. 4, 2021, photo, Montana Gov. Greg Gianforte speaks after being sworn into office in the Governor's Reception Room of the Montana State Capitol in Helena, Mont. Amid heavy criticism six days after leaving the country without telling his constituents, Gianforte's office confirmed that he had gone to Italy with his wife. His office said he was briefed regularly about intense flooding that devastated the northern part of Yellowstone National Park and nearby communities. (Thom Bridge/Independent Record via AP, File)

Print Headline: Montana governor under fire for vacationing during flood