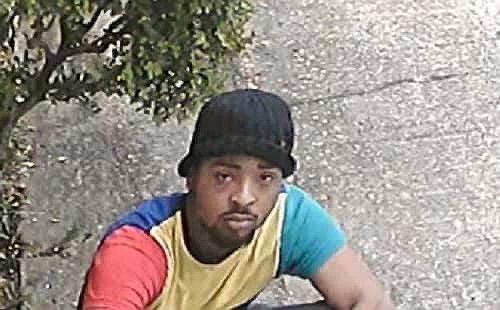 Texarkana Texas Police Department is looking for this man, whom police suspect in a Tuesday, June 7, 2022, robbery at a convenience store. (Photo courtesy TTPD)

TEXARKANA, Texas -- The Police Department is asking for the public's help in solving a local robbery.

About 2 p.m. June 7, a man in a ski mask walked into a convenience store in the 200 block of West 38th Street, said Shawn Vaughn, spokesman for the Texarkana, Texas Police Department. The man allegedly pointed something wrapped in a cloth and demanded the money in the cash register.

The clerk thought the wrapped item was a gun and gave the suspect what he wanted, Vaughn said. The man then ran out the store.

Police searched the area after receiving the 911 call but were unable to find the man. However, the clerk remembered that the same man was in the store about an hour before. He gave police the surveillance video, from which officers were able to get a detailed screengrab of the man.