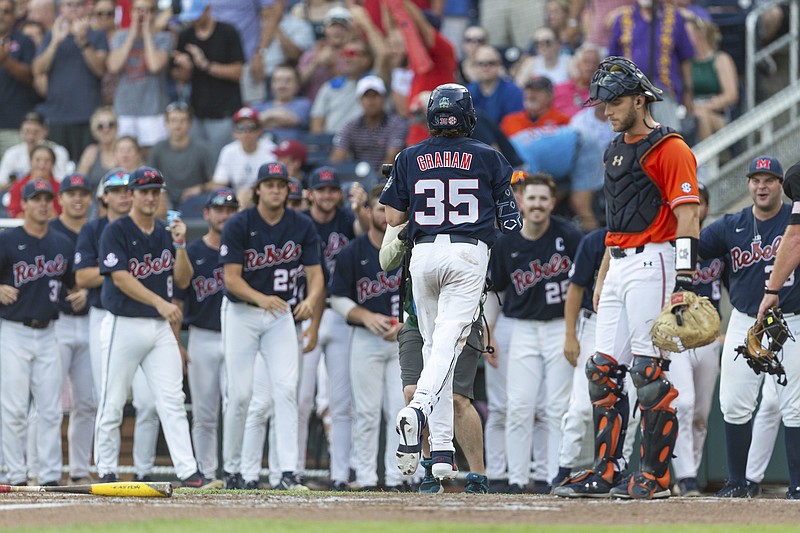 OMAHA, Neb. -- Dylan DeLucia allowed one run and struck out 10 in 7 2/3 innings and Mississippi continued its postseason roll with a 5-1 victory over Auburn in its College World Series opener Saturday night.

DeLucia mostly dominated an Auburn team that came in averaging just under 11 runs per game in the NCAA Tournament, limiting the Tigers to four hits without a walk before giving way to Josh Mallitz.

Mississippi (38-22) will play a second straight Southeastern Conference West rival in Arkansas on Monday. The Razorbacks beat Stanford 17-2 on Saturday. Auburn (42-21) will meet Stanford in an elimination game.

After being the last at-large team selected for the NCAA Tournament, the Rebels won three straight in regionals and shut out Southern Mississippi twice in super regionals.

The Rebels scored four of their five runs against Auburn with two outs. Kemp Alderman drove in two with a base hit in the first inning off Joseph Gonzalez (7-4), Kevin Graham homered in the third and TJ McCants singled in a run in the sixth.

That was more than enough offense for DeLucia (7-2), who mixed a sharp slider with a fastball still touching the mid 90s in the late innings on a hot, humid night. He retired 14 in a row before Brody Moore singled through the right side with two outs in the fifth for Auburn's first hit.

The Tigers ended Mississippi's 26-inning shutout streak in the seventh. Garrett Farquhar, who took over at second base in the fourth inning for an ill Cole Foster, doubled leading off and scored from third on Bobby Peirce's single to left.

DeLucia ran his tournament strikeout total to 31 in 19 1/3 innings and is the leader of a staff that's been at its best in June.

In six games, the Rebels have a 1.83 ERA and are averaging 13.7 strikeouts per nine innings, giving up less than 5.3 hits per game and striking out nearly six batters for every one they walk. 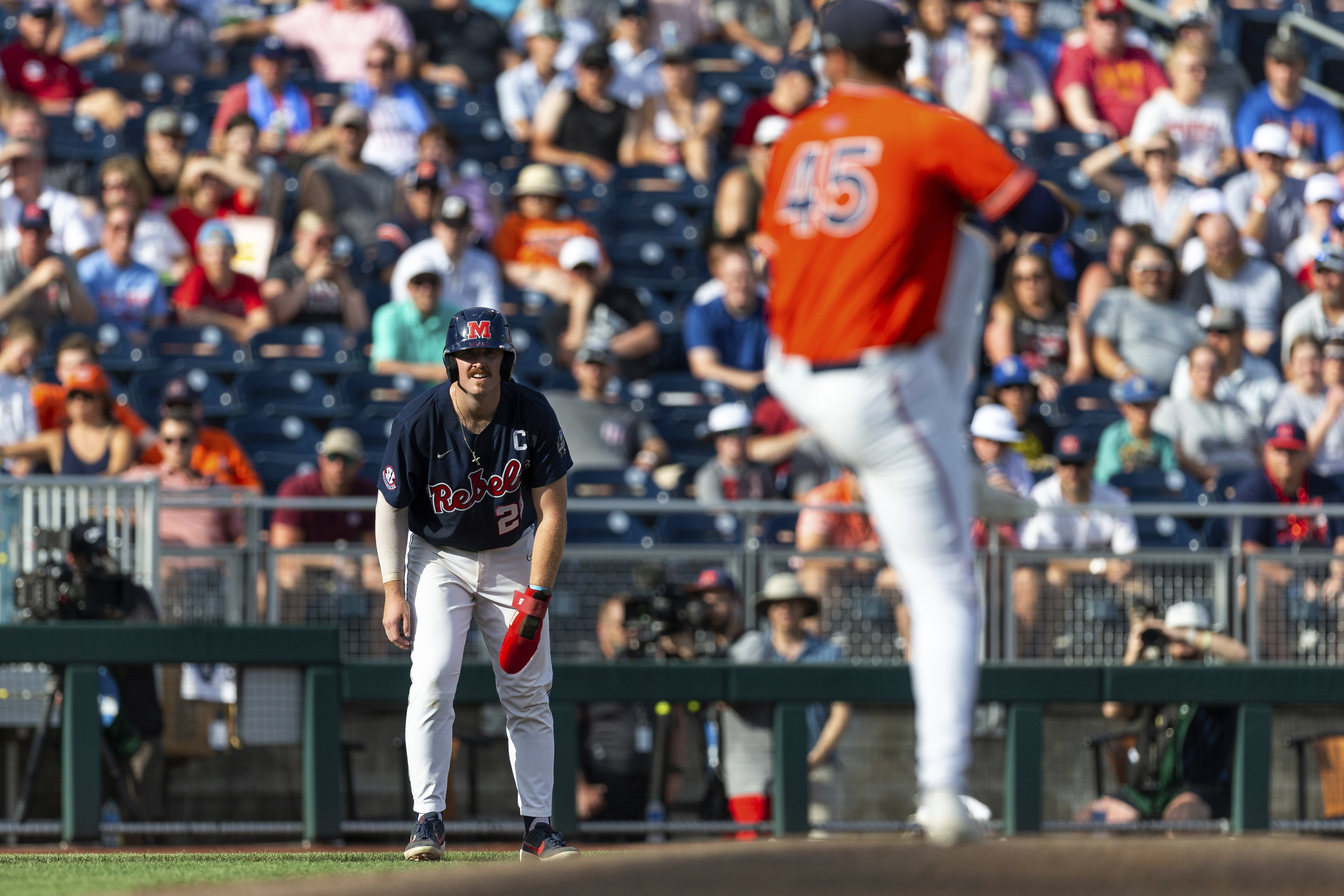 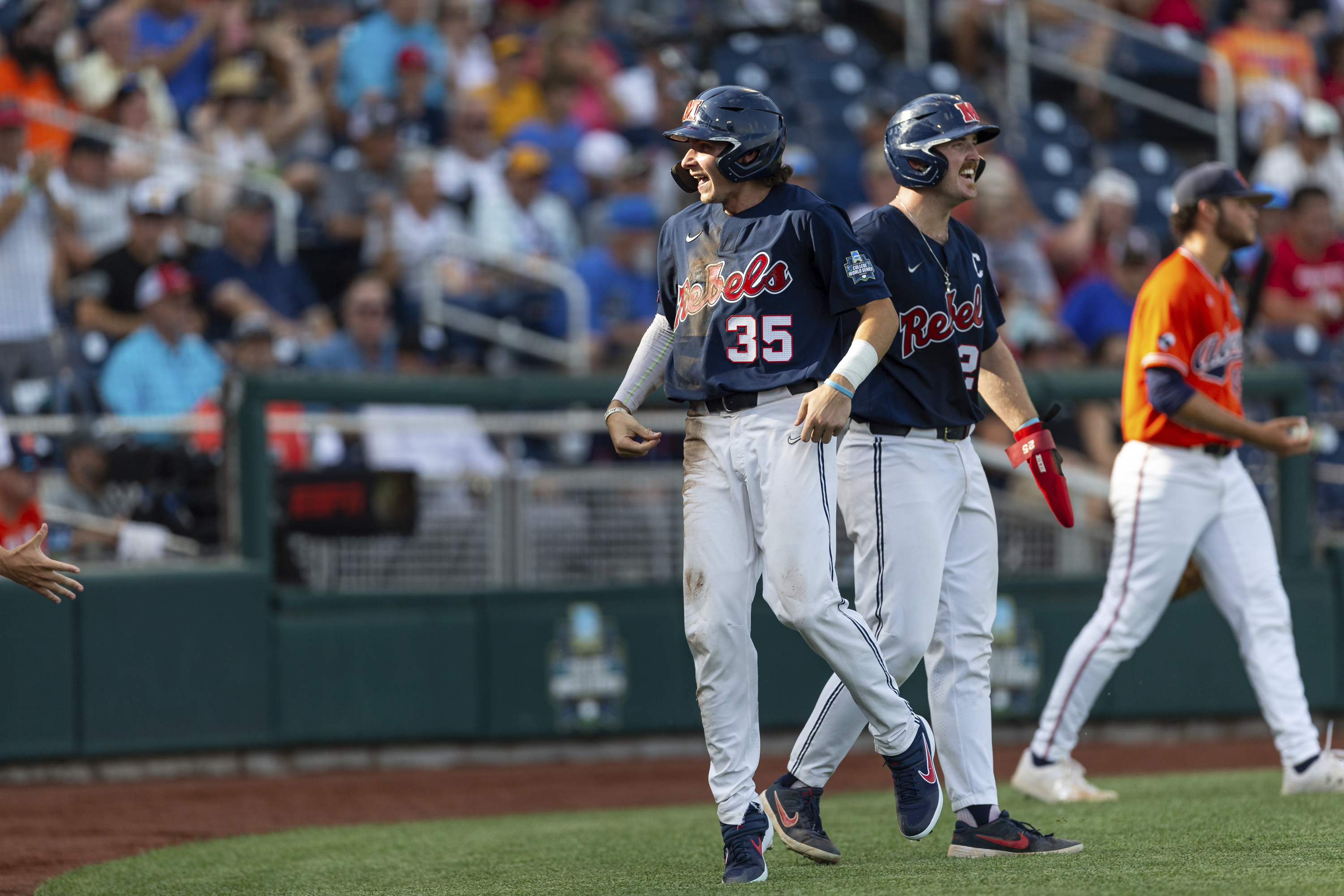 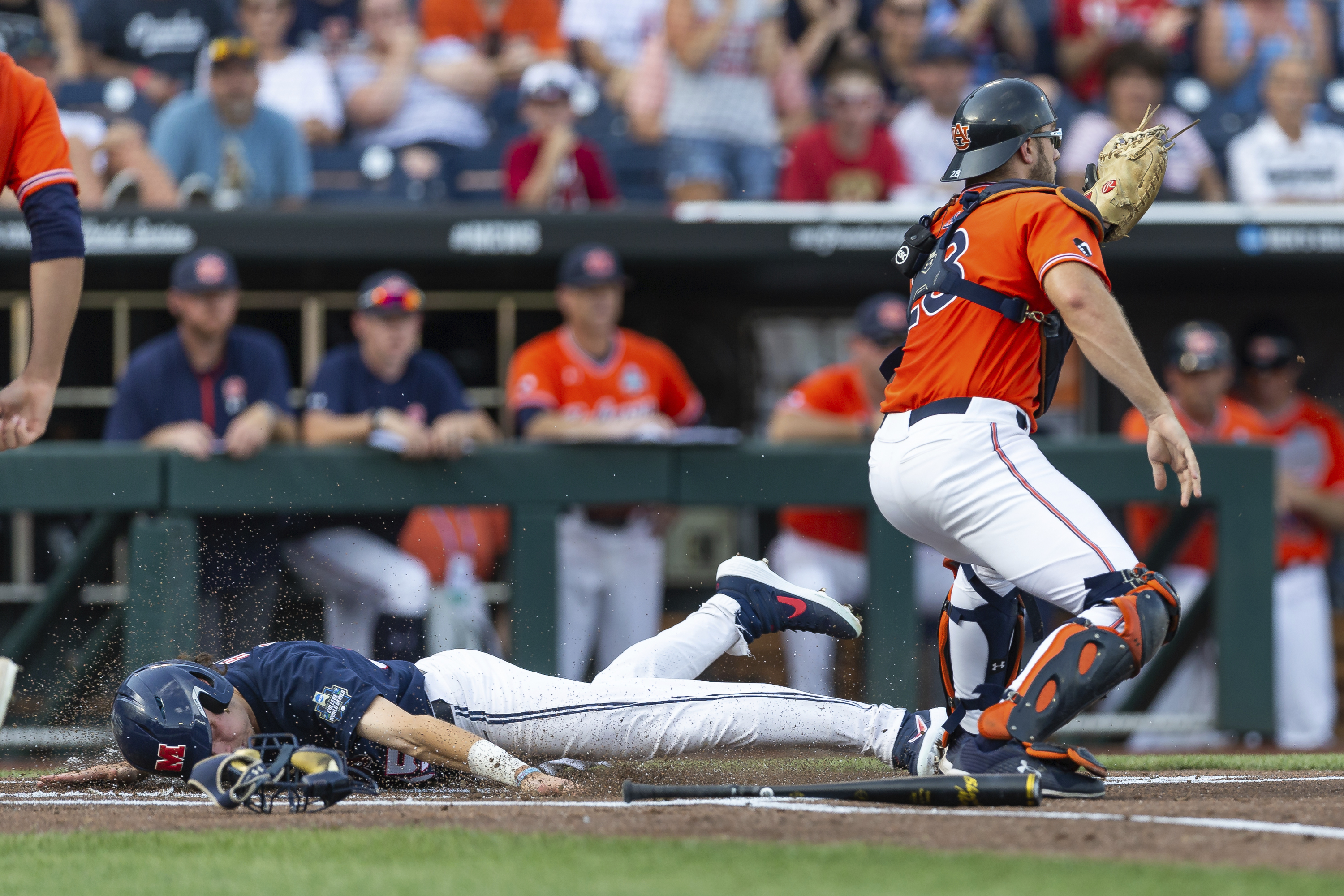