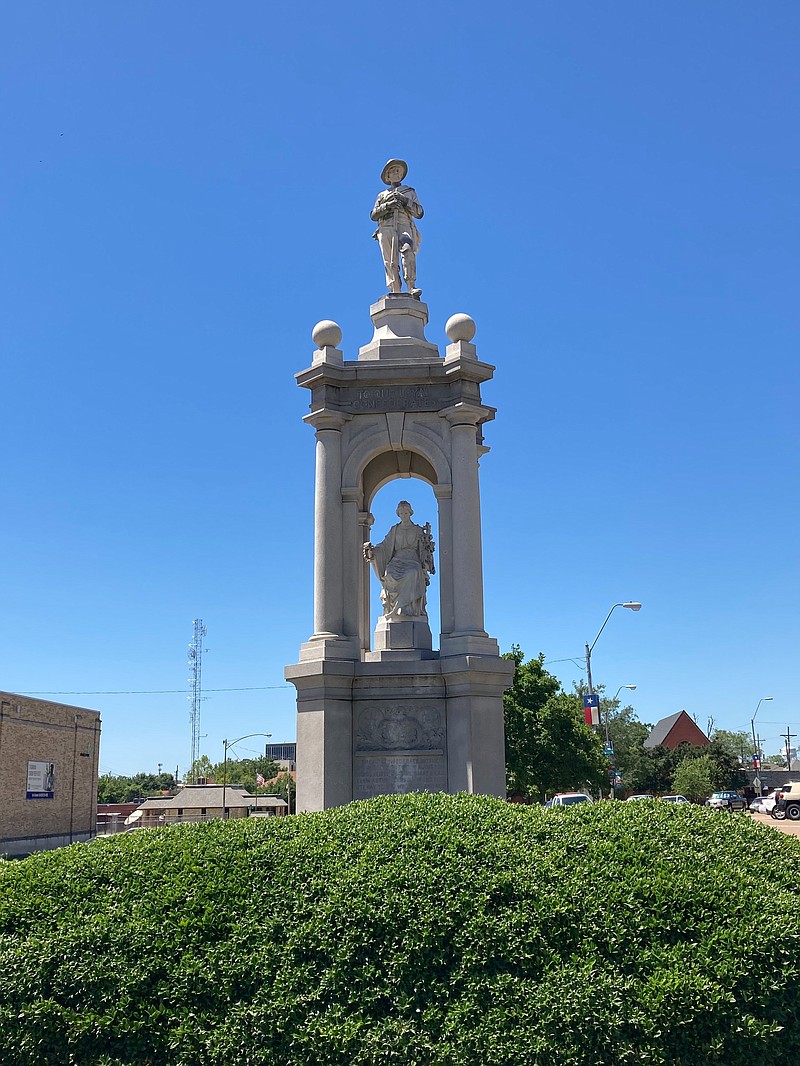 A legislative panel Thursday endorsed rules designed to implement a new state law aimed at protecting historic monuments, taking a step closer to ending more than a year of waiting by some cities considering whether to remove or relocate monuments.

The Administrative Rules Subcommittee of the Arkansas Legislative Council on Thursday approved rules pertaining to the Arkansas State Capitol and Historical Monument Protection Act. The rules will be considered for final approval today by legislators.

The act states that except as permitted by law or authorized under the Arkansas History Commission, a historical monument cannot be relocated, vandalized, damaged, destroyed, removed, altered, renamed or otherwise disturbed. However, the act doesn't prohibit a governmental entity having responsibility for maintaining a historical monument from taking proper measures for the protection, preservation, care, repair, or restoration of a monument.

The rules approved by the committee describe a "Historical Monument" to mean statue, memorial, gravestone plate, plaque, or historic flag display that is located on public property and was installed, erected for, or named or dedicated in honor of a historical person, historical event, public service organization, firefighter, police officer, military organization, or military unit on public property and has been listed on the National Register of Historic Places or in a veteran's cemetery.

Several cities around the state have been waiting for several months for these rules due to questions around the removal, repair and creation of monuments.

State Sen. Mark Johnson, R-Ferndale, the author of Senate Bill 553, had previously sent a letter to Stacy Hurst, secretary of the Department of Parks, Heritage and Tourism, in January questioning the amount of time that had passed for the rules to become public.

"This went into effect on April 7 of last year, and it had a clause that they would present the rules to Legislative Council by Jan. 1 of 2022, and they just ignored the deadline," he said in January.

Leslie Fisken, chief of legislative affairs for Arkansas Heritage, told the committee Thursday they are aware they didn't meet the deadline required by Act 595 but there was a combination of reasons behind the delay.

"We have done research and communicated with other states that had similar programs to this to learn from their implementation of a program in their state," she said. "We also worked internally to establish guidelines and processes that will allow for successful implementation of the act and process for applications. We also had public hearing and we received comments and worked with stakeholders on those comments and implemented those comments that we received into our rules and guidelines."

Fisken said the summary of the act is that it provides for the preservation of historical monuments on public property and the state Capitol area and it limits the removal of these monuments.

Johnson thanked the committee for their work even if it took longer than he wanted to get the rules established.

"I think the result is pretty good," he said.

Johnson did ask the committee to elaborate on the temporary emergency waiver since the History Commission only meets quarterly.

"Could a blanket policy be in place and if anything falls outside that policy it would require a meeting and review by the commission but if it's is something that I would hope is there a mechanism carried out by authority granted by the Commission to staff."

Fisken said an emergency waiver can be requested by phone call or over email and it will have a very quick turnaround time and then there will be a follow-up internally to gather more documentation. She said the secretary of Parks, Heritage and Tourism can also call a meeting of the History Commission at any time.

"There will not be a wait for the History Commission to meet quarterly," she said.

Arkansas has 34 Civil War markers on the National Register of Historic Places, and all but five are dedicated solely to an aspect of the Confederacy. Arkansas is home to about 350 Civil War memorials, according to the Central Arkansas Library System Encyclopedia of Arkansas.

The law was passed during a time when several Confederate monuments across the country where removed or torn down in the wake of Black Americans being killed by law enforcement officers.

Confederate monuments in Pine Bluff and Little Rock were removed or moved following this moment and questions began to arise about the monuments around the Capitol building.

Under the new Arkansas law, a public entity that has control of a memorial may petition the Arkansas History Commission for a waiver from the prohibition if the monument will be moved or relocated for more than 60 days.

The History Commission is part of the Division of Arkansas Heritage, which is within the state Department of Parks, Heritage and Tourism.