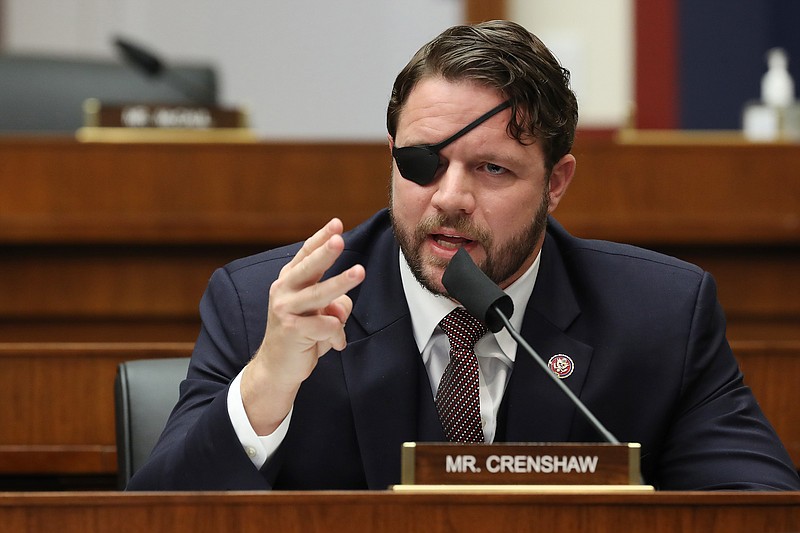 Videos posted by the combative attendees showed Crenshaw walking through a convention center while they hurled insults at him. Crenshaw's security team manhandled the hecklers to keep them from reaching the congressman.

"Dan Crenshaw is a traitor!" shouted a man in a pro-Donald Trump hat. "He needs to be hung for treason!"

Crenshaw was quiet at the convention center but responded on Twitter.

"This is what happens when angry little boys like alexstein99 don't grow up and can't get girlfriends," he tweeted.

Fox News' Tucker Carlson was the one who came up with the "eyepatch McCain" joke while criticizing Crenshaw for supporting a bill to send money and weapons to Ukraine. Crenshaw lost his right eye to an improvised explosive device while serving as a Navy SEAL in Afghanistan.

Crenshaw is a staunch conservative but has angered some Republicans by calling them grifters and charlatans not interested in actual conservative politics. Last August, he told some election deniers to get over themselves and admit that Trump lost the 2020 election.

"Don't kid yourself into believing that's why we lost," Crenshaw said. "It's not."